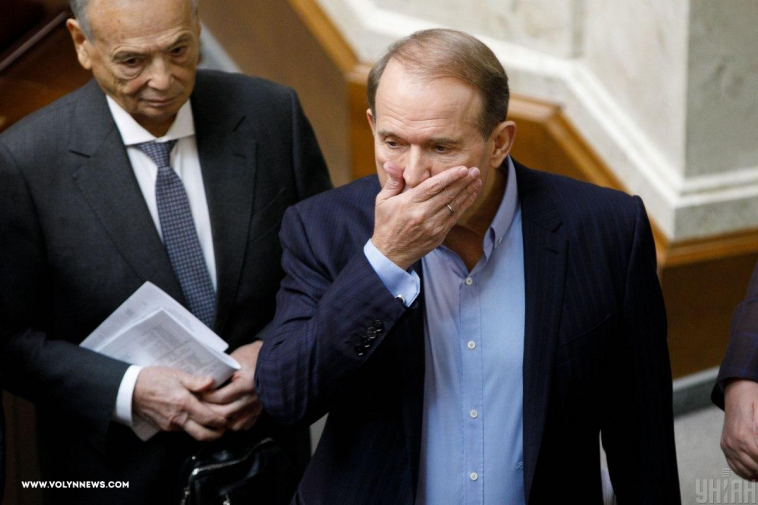 On February 21, ceasefire was observed in most of the government-controlled areas. Ukraine’s Joint Forces recorded a single ceasefire violation. Similar episodes took place throughout last week.

Donbas on the brink of environmental disaster. The occupied part of Donbas is on the verge of an ecological disaster of global scale, as the territory is threatened by air and water pollution, and soil contamination.

The problem was outlined by the Vice Prime Minister, Minister of Reintegration of the Temporarily Occupied Territories of Ukraine Oleksiy Reznikov at a briefing for the UN member states. He said the contamination is a result of massive ordnance explosions and flooding of the coal mines. Moreover, the threat of radioactive contamination is real, as two years ago the occupation authorities stopped pumping the water out of the “Yunkom” mine, a nuclear testing location in 1979. Water contaminated with nuclear waste allegedly came close to the aquifers.

“Ukraine addressed the International Atomic Energy Agency asking to send a group of experts to monitor nuclear waste storage in the occupied territory. Before 2014, there were over 1,000 ionizing radiation sources. Whether the experts are granted access by Russia’s occupation troops, is a question,” Reznikov said.

Water is not being pumped out of other closed coal mines either, while at the operational coal mines, environmental standards are being violated, the Vice Prime Minister underscored.

On February 20, 2021, President Zelenskyi enacted the decision of the National Security and Defense Council of Ukraine imposing sanctions on Viktor Medvedchuk, his wife Oksana Marchenko, as well as six more individuals and 19 entities. The U.S. supported the decision of the Council, while Russia called it “a threat to democracy.”

What are the grounds for sanctions? Head of the National Security and Defense Council Oleksiy Danilov said the sanctions against Medvedchuk and Marchenko were introduced for terrorist financing.

Head of the Security Service of Ukraine Ivan Bakanov added that the agency is documenting the mechanism of coal supply from the temporarily occupied territory to Russia and the government-controlled part of Ukraine. “We’re collecting proof of financing of ‘LNR’s’ terrorist activity. We’ll thus have grounds to charge the company representatives,” Bakanov said without naming the company.

What individuals were sanctioned? The list of the sanctioned individuals includes Natalia Lavreniuk, civil partner of Taras Kozak. The two live together and have a child, but Kozak did not include her in his declaration of assets.

According to the journalistic investigation by “Skhemy” (Schemes) project, Lavreniuk is the owner of a 657 square meter apartment in downtown Moscow, in one of the city’s most expensive apartment houses “Knightsbridge PrivatePark”. The estimated cost of the apartment is USD 13 million.

Natalia Lavreniuk shares with Marchenko and Medvedchuk the ownership of oil business in Russia, and has assets in Ukraine.

According to RBC Ukraine, the TV channels that Ukraine blocked earlier “112 Ukraine”, “ZIK”, and “NewsOne” were partly financed through the company that is registered in Rostov-on-Don.

Sergei Lisogor is also the director of the company “FK Strategia” that trades fuel. It is linked to the company “IK Tavria-Sever” founded by the Cyprus-based “Ventolor Investments Limited” that, in turn, is owned by Oksana Marchenko.

What do the sanctions entail? The restrictive measures were also imposed on the five aircraft used for flights between Kyiv and Moscow. “The aircraft under the sanctions were making flights in violation of the law of Ukraine,” a statement issued by the Office of the President reads.

The companies that operated the aircraft were sanctioned as well. The government of Ukraine suspended direct flights to the Russian Federation in November 2015.

The National Security and Defense Council also ordered the return of the Samara-Western Direction oil pipeline to the state ownership. Ukraine maintains 1,433 km of the oil pipeline. The Ukrainian section of the pipeline is operated by the company “PrykarpatZakhidTrans” allegedly linked to Medvedchuk. According to the National Security and Defense Council, despite the fact that the oil pipeline has not been privatized, it is being operated by private foreign companies owned by Ukraine nationals.

Reaction of the Russian Federation. Press secretary of the Russian President Dmitriy Peskov said that the news on the sanctions imposed on Medvedchuk is “unsettling” and can be indicative of Ukraine’s willingness to resolve the conflict in Donbas by military means. The Ukrainian government is exercising repression against the media, citizens, and politicians, the Kremlin stated.

Head of the Russian State Duma Viacheslav Volodin said the decision of the Ukrainian government must be condemned by other countries that care about human rights protection. He also called the sanctions “a serious threat to democracy”.

President Zelenskyi vows another round of judiciary reform

The President introduced a bill to the Parliament suggesting integrity checks of members of the High Council of Justice, the press service of the Office of the President reported on February 13.

Judiciary reform is part of Ukraine’s commitments in the context of cooperation with the International Monetary Fund. Recently, the IMF ended its mission in Ukraine underscoring the need for a bigger reform progress as a necessary precondition for the next tranche.

The mission result did not come as a surprise, provided that Ukraine did not deliver on the majority of indicators required to receive the 1.2 billion tranche. The judiciary reform is central to that, the law on the High Council of Justice is seen as flagship and was supposed to be passed by the end of October 2020.

The urge of transforming the High Council of Justice was also underscored by the EU – Josep Borrell, High Representative of the European Union for Foreign Affairs and Security Policy emphasized it during the recent EU-Ukraine Association Council.

Ambassadors of the G7 member states in Ukraine also highlighted the lack of progress in the judicial reform to President Zelenskyi during a recent meeting, and expressed concern over the recent legal initiatives on judiciary.

It’s due to the Council that nearly all the judges that banned the peaceful rallies and exercised repression against the activists during the Revolution of Dignity, are still in office. The High Council of Justice covers the notorious Kyiv District Administrative Court and puts pressure on the judges of the High Anti-Corruption Court with disciplinary action. It’s the Council that shows a lack of will to dismiss the judges who present false information in their declaration of assets, make unjust decisions, or are caught driving drunk.

The problem’s origin is in its composition: half of the Council members (10) are selected by the judges among their peers; while the congress of lawyers, academicians, and prosecutors, as well as the Parliament, and the President choose two members each. The Head of the Supreme Court is automatically a Council member. Thus, the majority are elected by the judges themselves.

Candidates do not pass integrity checks, while loyalty to the judges that select the members of the Council, becomes the key criteria.

To break the vicious circle, a new selection procedure needs to be set ensuring that the Council members are selected by independent experts, instead of partial judges, lawyers or prosecutors. The need to reform the High Council of Justice is at the core of the judiciary reform.

The bill offers solutions to the problem, particularly, through establishing the Ethics Commission. The Commission is to comprise three judges or three retired judges delegated by the Council of Judges, and three international experts nominated by the international organizations partnering with Ukraine. The Ethics Committee will assess the integrity of the candidates to the High Council of Justice and will submit the shortlist to the congress of judges, lawyers, academicians, and prosecutors, as well as the President and the Parliament that then make the appointment.

The draft law is to be debated and voted in the Parliament.

Starting February 17, Russia’s Gazprom considerably cut the gas transit through Ukraine following the 16 days of February when the transit volume was stable.

According to what was agreed in Minsk, Gazprom reserved Ukraine’s transit capacities in the long run to deliver 40 billion cubic meters of gas in 2021, making it 110 mcm per day. To remind, in 2020, the volume of gas delivered to Europe through the Ukrainian gas transmission network decreased by 38 per cent compared to 2019.

The transit volume decreased as new gas pipelines circumventing Ukraine started to operate, the demand for gas in the EU went down, and large reserves were stocked in the EU’s underground gas storage facilities.

Isolate affected areas in the west. The pandemic worsened in the west of Ukraine, particularly in Ivano-Frankivsk region, where the ski resort Bukovel is located. The ski area stayed open as the rest of Ukraine was locked down in January.

Ivano-Frankivsk region recorded a four-fold increase in cases in the past month, and is now the country’s worst COVID-19 affected area. Patients are being sent to health facilities in neighboring regions. Sixteen checkpoints were installed in the area, where police, medics, rescue workers, and military conduct checks on entry and exit. Subject to control is adherence of passenger carriers to the restrictions, temperature and document checks are also conducted.

Vaccination. The vaccinations have not yet started in Ukraine. Last week, the Health Minister Maksym Stepanov flew to India to make sure the pre-arranged number of the vaccine doses gets shipped to Ukraine. According to the Minister, 500,000 doses of AstraZeneca vaccine are on the way to Ukraine.