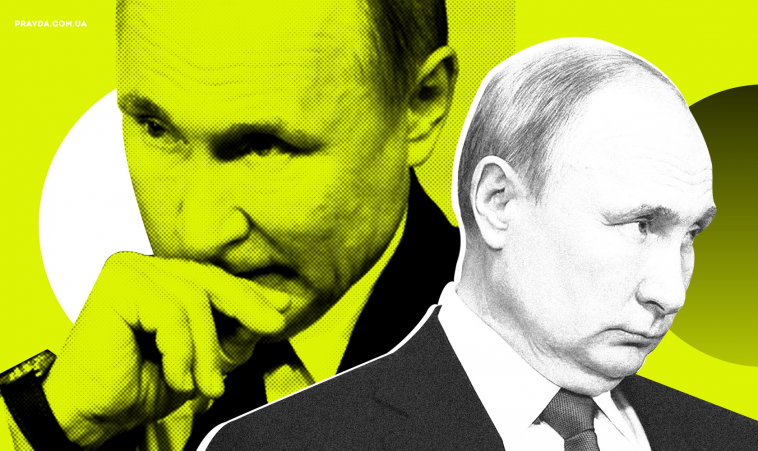 In the past weeks, Ukraine, the eastern part of Europe, and the West have kept the spotlight on the Ukraine-Russia border where Russia massed its troops. Diplomats exchanged statements, the U.S President offered the Russian President to meet, and the EU leaders warned against a further escalation. President Zelenskyi of Ukraine made an address to the nation, and suggested to President Putin to meet in Donbas. The day after, Putin made a state-of-the-nation address to the Federal Assembly. Ukrainians were all ears as back in 2014, in a similar address, Putin asked the parliament to approve the use of troops in Ukraine. Following Putin’s 2021 address, Russian Defense Minister Shoigu said the military exercises are drawing to a close, and Russia will pull back some of its troops from Ukraine’s border.

That said, we look at what Putin wants now, and what his goal was as he was creating the tension.

What did Putin say in the address to the Federal Assembly?

President Putin’s state-of-the nation address ran counter to expectations. While the international stakeholders hoped for an explanation of the situation near the Ukrainian border, and the Russian public wanted to have a clue on the situation with the jailed opposition leader Alexei Navalny, most of the Putin’s address concerned Russia’s domestic agenda including pandemic-related, economic, and social issues. For over an hour, the Russian President was anticipating new welfare benefits to single parent families, new regional investment opportunities etc. Also, as is traditional, he briefly boasted the newly developed Russian weapons.

He mentioned foreign policy in the last 15 minutes, and Ukraine was not put in the spotlight. Instead, he talked Belarus, an “attempt on the life of Lukashenko”, and uncertain threats from the “collective West”. He didn’t say a word about Navalny against a backdrop of the protests in Russia demanding for his release. Neither did he mention the build-up of the Russian troops at Ukraine’s border.

Putin’s focus on Belarus: innuendo about the West’s complicity in the “attempt on the life of Lukashenko”. Here’s what Putin said: “Everyone in the world seems to be used to the practice of politically motivated, illegal economic sanctions, and to brutal attempts to impose by force one’s will on others. Today, this practice is degenerating into something more dangerous – I am referring to the recently exposed direct attempt to orchestrate a coup in Belarus and kill its President. It’s emblematic that those flagrant actions are not being condemned by the so-called collective West. Nobody seems to notice. Everyone pretends that nothing happened”.

What is he referring to? On April 17, President Aleksandr Lukashenko of Belarus said he was the target of an attempted murder ordered by the U.S. Russian security service said it arrested in Moscow two Belarusians that plotted an attempt on Lukashenko’s life, and planned to involve “Belarus and Ukraine nationalists” to stage the coup. They were advised by the U.S. and Poland, Russia’s FSB added. Lukashenko said responsible for plotting the attempt were Yuras Zyankovich, a lawyer with dual Belarusian-U.S. citizenship, Ryhor Kastusioŭ, leader of the party Belarusian Popular Front, and Alyaksandr Fyaduta, Belarusian literature expert and political analyst.

He said the U.S.’s CIA and FBI were the organizers of the plot.

In his statement made in front of the cameras during a “subbotnik” (clean-up day) on April 17, Lukashenko did not cite any evidence that would prove his words.

The U.S. Department of State dismissed claims of its involvement as false, according to Radio Liberty. Polish head of the foreign policy bureau Krzysztof Szczerski told TVP that Poland was not involved.

Poland does not recognize Lukashenko as the legitimate president of Belarus, alongside other Central and Western European countries that say the election was rigged, and call on Minsk to free all political prisoners and stop the violence against the protesters and prisoners.

The fact that Putin emphasized the “attempt” in his address, makes it look much like a special operation jointly orchestrated by Belarus and Russia, experts say.

After his meeting with Putin on April 22, Lukashenko called to enhance security and defense of the Union State (of Russia and Belarus).

The state leaders also agreed about thirty road maps for integration within the Union State. Alongside those high-level agreements, there are two or three more programs to be discussed.

Analysts don’t rule out that the state leaders could have also discussed the deployment of the Russian troops to Belarus.

In his address, Putin mentioned Ukraine drawing parallels with the protests in Belarus. He labeled both the Maidan protest in Ukraine in 2013-2014, and the ongoing protests in Belarus that began in summer 2020 as “an attempted coup”.

New murky threats to the “collective West”. As is common in his speeches, Putin mentioned the “unfriendly activities” towards Russia without specifying who owns those actions. “Unfriendly activities towards Russia are not stopping. Some countries have taken up an unseemly routine where they pick on Russia for any reason, most often, for no reason at all. It has become like a new sport for them, who will be the loudest in speaking out against Russia,” Putin said.

“In this regard, we behave in an extremely restrained manner, I would even say, modestly, and I am saying this without irony. Often, we prefer not to respond at all, not just to unfriendly moves, but even to outright rudeness. We want to maintain good relations with all stakeholders of the international dialogue. But we see what is happening in real life. As I said, every now and then they are picking on Russia, for no reason. And of course, all sorts of petty Tabaquis are running around them like Tabaqui ran around Shere Khan, everything is like in Kipling’s book, howling along in order to make their sovereign happy. Kipling was a great writer,” Putin said.

“We really want to maintain good relations with all those engaged in international communication, including, by the way, those with whom we have not been getting along lately, to put it mildly. We really do not want to burn bridges. But if someone mistakes our good intentions for indifference or weakness and intends to burn or even blow up these bridges, they must know that Russia’s response will be asymmetrical, swift and tough.”

“Those behind provocations that threaten the core interests of our security will regret what they have done in a way they have not regretted anything for a long time,” Putin underscored.

However those resolute statements that the audience met with applause, were not followed by actions. The next day, the Russian troops were ordered to complete the exercises and return to the base.

A pullback of troops: is Russia retreating?

In the afternoon of April 22, Russian Defense Minister Sergei Shoigu announced that starting April 23, the troops of the Southern and Western military districts would begin to withdraw from the occupied Crimea and near Ukraine’s borders where they were on drills, to the permanent bases.

President Volodymyr Zelenskyi of Ukraine welcomed the pullback as a move promising de-escalation. Still, Ukraine is always on alert, the President twitted.

Ukrainian media outlet “Novoe Vremia” (New Times) asked politicians and experts to comment on why the Kremlin suddenly retreated after mounting a military threat. Here are some of the answers.

Putin received the attention of world leaders, while negotiations with Ukraine did not go as planned. Volodymyr Ohruzko, Ukraine’s Foreign Minister in 2007-2009, said: “Putin has hit one goal: he got the attention of the West. What it says to him personally and to the Russian regime is that Russia is high on the international agenda and is a global actor. To the Kremlin, it is about their greatness, like when the U.S. President and the European leaders call him (Putin) and offer to meet, it boosts his ego.

To Russia, there is also a domestic dimension as Putin’s approval rating nears 35 per cent, a critical decrease from 2014 (when the approval rating was about 80 per cent – edit.).

One of the goals he pursued was to make the Ukrainian government panic and step back from its initial position in the talks.

That’s where Putin did not succeed as the West, namely Biden and NATO explained to the Russian president that the aggression against Ukraine will have a harsh response that will follow.

The Ukrainian government and society also played their part by showing that it’s not going to be an easy ride, and Russians will incur big losses.”

Russia aimed to press Ukraine in Minsk talks – to no avail. Oleksiy Arestovych, spokesperson of the Ukrainian delegation to the Trilateral Contact Group on the conflict settlement in Donbas said: “Russia has no real means to stand against the joint position of Ukraine, the U.S., the UK, and other NATO allies. (…) What it was doing, was, first, intended to raise the stakes and solidify its position in the talks with the U.S., and, second, to press the Ukrainian government in the Trilateral Contact Group and the Normandy format. Putin expected to scare us, and put France and Germany at odds with Washington. A consolidated and consistent reaction by the Western countries made Russia realize that the use of force against Ukraine would cause irreversible consequences for Russia itself.”

Demonstration of force was staged to target Ukraine and the U.S. MP Oleksandr Merezhko (“Servant of the People”, Sluha Narodu party), head of the parliamentary committee on foreign policy said the build-up of the Russian troops at Ukraine’s border aimed at intimidating Kyiv. “On other hand, Russia was trying to get much attention of the West. That demonstration of force was staged to target not only Ukraine, but also the U.S. Putin’s dream is to be on equal terms with Biden. He chose to make an impression on the U.S. and terrorizes the neighboring states for effect.

Putin provokes, then checks the West’s reaction. If he sees no reaction, he goes further. In this case, the Western countries reacted fast to his provocations, and that probably stopped him.

Moreover, that’s not possible to keep the troops on combat alert all the time, so Putin decided to withdraw them. He also tried to leave the world mired in uncertainty, waiting for his next step, guessing if he makes another act of aggression or not. He continued to mount tension until the day when he would address the Federal Assembly. He wants to matter. To achieve that, he intimidates. He has decided: if they don’t respect Russia, let them fear it.”