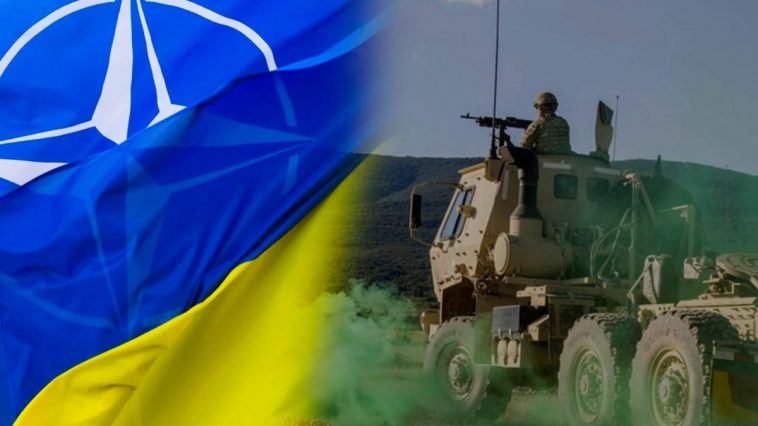 Ukraine cemented its course towards full-fledged NATO membership in the Constitution two years ago, while a NATO Membership Action Plan is part of the country’s Strategy for National Security. Recently, in a 15-minute interview for HBO’s Axios program, President Zelenskyi said that NATO membership is a security matter of primary importance to Ukraine. The President of Ukraine also said he is hopeful of a new era and a new start in the Ukraine-U.S. relations. When asked, what he would say to President Biden, Zelenskyi answered: “Why are we still not in NATO?”

Following that statement, Ukraine Crisis Media Center organized a public discussion on Ukraine-NATO relations. Ukrainian politicians and experts, as well as the Ambassador of Canada to Ukraine participated and had their say. We’ve picked the highlights of the discussion.

What is Ukraine’s progress towards NATO membership?

NATO membership as Ukraine’s strategic goal. Valeriy Chaly, Chair of the Board at Ukraine Crisis Media Center, emphasized that membership of NATO is Ukraine’s strategic foreign policy track. Seen as a key actor bolstering defense and safeguarding security in Europe, the Alliance is Ukraine’s benchmark, becoming its member is an objective. “The Constitution provides a clear framework for the accession strategy and NATO membership in the future. It is important, though, to remember that much needs to be done along the way, that’s Ukraine’s homework,” Valeriy Chaly said.

Enhanced Opportunities Partner status as the final step toward the Membership Action Plan. Larisa Galadza, Ambassador of Canada to Ukraine, noted that the Enhanced Opportunities Partner status granted to Ukraine in June 2020 sends a big signal. It is now important that Ukraine makes best use of the opportunity. “Ukraine needs to keep showing that it’s doing its homework to keep removing the practical barriers to NATO membership. (…) It’s a week to take a moment to recognize the hard work that was done two years ago to make the changes to Ukraine’s Constitution that are so defining of what Ukraine is and the path that Ukraine is on,” the Ambassador of Canada to Ukraine said.

Yehor Chernyev, MP (“Servant of the People”, Sluha Narodu faction), member of the Ukraine-NATO Interparliamentary Council reassured the public that Ukraine does not stand still on the way toward achieving full NATO membership. “Can we progress faster? We possibly can. Are we standing still? No, not at all. Ukraine being granted the Enhanced Opportunities Partner status is a confirmation of its progressing integration with the NATO member states. It’s the final step toward the Membership Action Plan,” the MP said.

What are the steps Ukraine needs to make to ascend to NATO membership?

Legislation and parliamentary cooperation. Discussion participants underscored that lawmaking and inter-parliamentary cooperation are particularly important in the context of Ukraine’s accession to NATO membership. Ruslan Stefanchuk, first deputy head of the Parliament (“Servant of the People” faction), said that the work area has three components. “First one is the cooperation between the Verkhovna Rada (Parliament) of Ukraine and the NATO Parliamentary Assembly. Second – the lawmaking process. Third – parliamentary control of the executive branch in Ukraine over adherence to the criteria that the Alliance sets for the candidates for NATO accession,” Stefanchuk said.

Ukraine’s Security Service: White Paper of the Intelligence Service. Maryana Bezuhla, MP (“Servant of the People” faction), head of the parliamentary subcommittee on implementation of the NATO values and standards, international military cooperation, and peacebuilding said the subcommittee works towards creating a security service capable of delivering quality cooperation with Euro-Atlantic partners, and safeguarding the statehood.

“Access to information is key to the nation. It is equally true for the capacity of the intelligence service, and the civilian democratic control. One of the elements is the recently presented White Paper of the Intelligence Service of Ukraine, a report for the public limited to declassified information. Still, that is unprecedented in Ukraine,” Bezuhla explained.

Beyond defense and security. Ivanna Klympush-Tsintsadze, MP (“European Solidarity”, Yevropeiska Solidarnist faction), Chair of the Parliamentary Committee on Integration of Ukraine with the EU underscored that Euro-Atlantic integration entails transformation of the defense and security sector, alongside a wider set of commitments. A country aspiring to NATO membership is also expected to deliver on democratic procedures, rule of law, efficient anticorruption policies and tools, human rights protection, equality, and tolerance.

Dealing with NATO countries hesitant to support Ukraine’s membership aspirations. Andriy Zahorodnyuk, Defense Minister of Ukraine (2019-2020) said that the Membership Action Plan and NATO membership itself are both obtained through a political decision that is formally not linked to implementation of the standards. Still, Ukraine has to demonstrate its partners that the standards are being implemented. The country needs to support its aspirations to NATO membership with actions, not words.

“We need to take action to work with the countries that are not yet sure that Ukraine needs to be a member of NATO. Far from all the countries support our membership aspirations, take France, for example. Our diplomats and state leaders need to take action and lobby respective decisions. (…) Having the Ambassador to NATO would help. It’s been a while since we had one, that’s a problem. (…) Besides, civilian control is important. If we don’t have civilian control, we’ll never get NATO membership. Civil society, the Parliament and the government need to control the military,” Zahorodnyuk said.

Larisa Galadza emphasized that the transformations to be made by Ukraine are many including the “procurement and defense reform, the corporatization, closing the space for corruption, and opening the opportunities for the Allies. The Allies are very conscious of this particular sector of reforms,” the Ambassador of Canada to Ukraine added. Democratic changes are also part of the list. They concern the institutionalization of the government mechanisms in the Defense Ministry that will entail strong accountability within the institution, Larisa Galadza elaborated.

As part of their proactive stance on bringing Ukraine closer to the Membership Action Plan, the Ukrainian state leaders need to constantly remind the western allies that Ukraine has paid a heavy price on NATO’s eastern flank, where over 13 thousand have lost their lives for European security, Valeriy Chaly said. “We need to use the situation we’re now in because of Russia, otherwise – we don’t know what will happen in five years. We may be still discussing the urge to implement,” he added.

When will Ukraine get the Membership Action Plan? Is the current situation favorable?

Is 2021 a realistic date? In late 2020, the Defense Minister Andriy Taran said Ukraine’s ambition is to receive the Membership Action Plan at the next NATO summit in 2021. Not all experts consider it a realistic scenario.

“There is a window of opportunity now that can accelerate our pace towards NATO. The world is dynamic, so is the geopolitical situation that unfolds in Ukraine, across the Atlantic – post-election in the U.S., and after the Transatlantic Partnership is restored. The way towards NATO requires a more decisive action today,” underscored Valeriy Chaly, Chair of the Board at Ukraine Crisis Media Center.

Alyona Hetmanchuk, director of the “New Europe Center”, said that assuming that there is a window of opportunity for Ukraine now would be groundless. “Last year, after Ukraine was granted the Enhanced Opportunities Partner status, I wrote a piece suggesting that we take 2023 as a tentative date for getting the Membership Action Plan. It would give NATO time to ‘detox’ from this debate, and us to hold consultations with our partners. Unfortunately, (granting Ukraine) the Membership Action Plan is still a toxic issue in NATO,” Hetmanchuk said.

Ivanna Klympush-Tsintsadze said Ukraine would have a higher chance if the executive branch, from the President to the Ministers articulated more clearly where the country is headed, why it matters, and what its contribution is. “There are no public information campaigns. It is a joint task for all who believe that Ukraine’s membership in the Alliance and the EU is the only acceptable way forward. The MPs need to take action, they need to team up with the civil society and foreign partners,” Klympush-Tsintsadze said.

Wrapping up, Valeriy Chaly said that a Membership Action Plan and NATO membership for Ukraine can become a joint objective for all branches of the government as well as a historic mission of the President. He added that Ukraine’s political realities in four-five years may be more complex for ascending to NATO membership, so the time to take action is now.