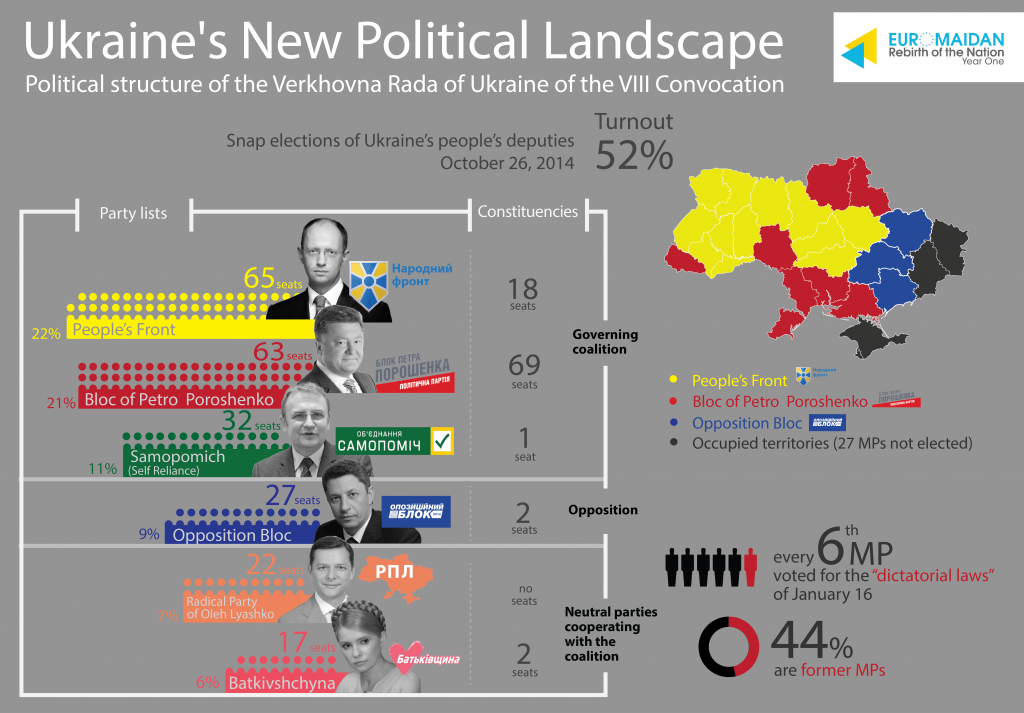 100% of the voting ballots have been processed and Ukraine has elected its new parliament. With the 52% voting turnout, Ukrainians voted in favor of the People’s Front (22%), Bloc of Petro Poroshenko (21%) and Samopomich (11%) – these three parties will form the governmental coalition in the parliament. The pro-Russian Opposition Bloc received 9% of the votes, the most “radical” parties (Svoboda and the Right Sector) did not pass the 5% electoral threshold. Interestingly, every sixth MP in the new parliament previously voted for the dictatorial laws of January 16.