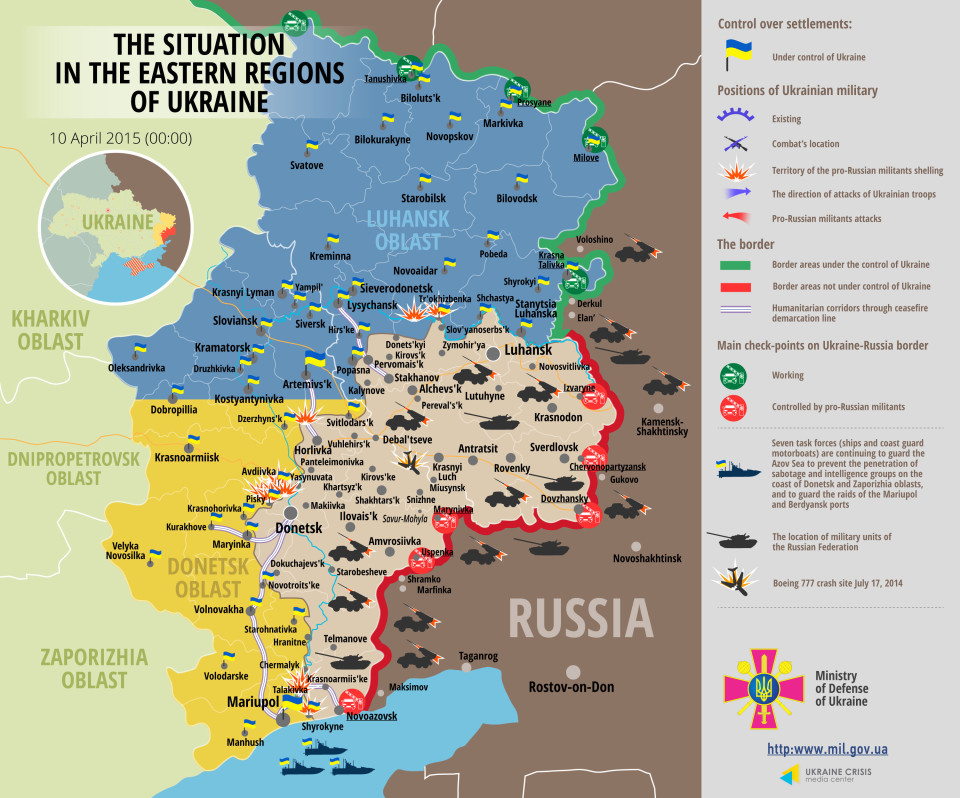 Ukrainian Armed Forces did not incur any lethal casualties in the last 24 hours; two servicemen got wounded.

Col. Lysenko referred to the intelligence report that stated there are three Russian intelligence stations located next to Donetsk, Horlivka and Dokuchayevsk. Furthermore, Russian experts conducted a number of psy-ops aimed to destabilize situation in the frontline. Residents of towns close to the demarcation line received text messages that stated the Ukrainian government had forcefully taken 10 hryvnias for the needs of the Anti-Terrorist Operation. “This operation targeted careless users. In fact no money were taken at all,” Col. Lysenko noted.

Ukrainian Red Cross Society branch in Krasnyi Lyman raised 8,000 hryvnias, boots and clothes, as well as 100 kg of food sets for the internally displaced people who fled from devastated towns in eastern Ukraine. On the other hand, situation on the militant-held territories worsens. Luhansk businessmen refused to deal with Russian rubles due to the artificial currency exchange rate of hryvnias to ruble (1:2).

Meanwhile, Ukraine’s Security Service detained 29 subversives in Odesa during a police operation that covered the entire city. Militants were plotting to organize a series of terrorist acts and political killings. Also security services detained a former serviceman was going to organize terrorist acts. The operatives confiscated small arms, knives and a compilation of the anti-Ukrainian propaganda from him.