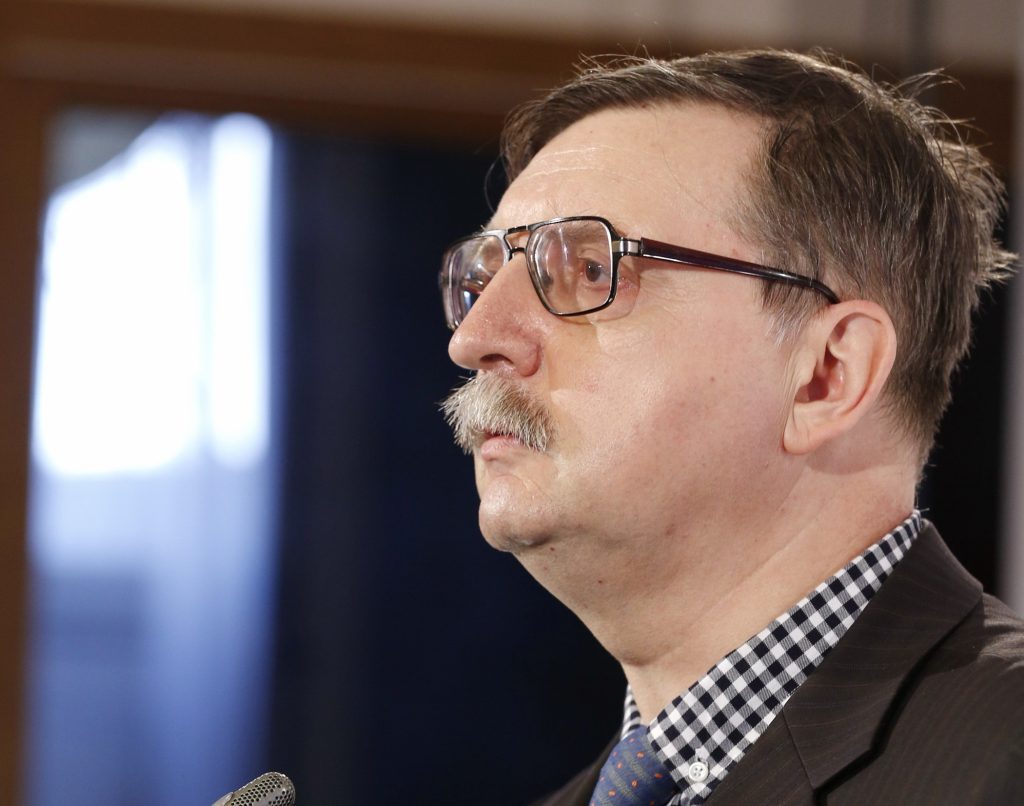 Kyiv, 30 April 2014 – To answer the question of whether or not Ukraine should get financial aid from the IMF means to choose between stabilization of macroeconomic situation in Ukraine and sovereign default. “The obvious choice is to get the funds and use them efficiently. The other option effectively means entering the stage of sovereign default where Ukraine will fail to meet its obligations not only to the creditors but, in many ways, also to its citizens,” said Igor Burakovskyi, international economist, Chairman of the Board of the Institute for Economic Research and Political Consulting, during a press briefing at the Ukraine Crisis Media Center.

Coming to an agreement with IMF and receiving financial aid opens the door to new sources of funding. In this case, apart from IMF funds amounting to approximately $17bn, Ukraine may raise a conservative estimate of $15-17bn from other international donors. For instance, Canada is ready to provide CAD 200m which will basically serve as a security for commodity and financial loans. The same goes for the USA which is ready to provide security for loans of approximately $1bn before the end of this year. The expert also mentioned additional sources of funding that are indirectly related to loans but are directly linked to IMF activities. For example, Canada can provide a $20.9m technical assistance grant for the development of financial supervisions system. This type of assistance is connected with the IMF in that financial supervision and activities of the National Bank of Ukraine are always discussed in general with the IMF as the funds it provides enter the country through the National Bank.

In addition, positive agreements with the IMF will help stabilize the macroeconomic situation, particularly through the financing of long-term investment projects by the EBRD and the European Investment Bank. “These banks are ready to exceed their standard limit from $1bn to $3-5bn,” said Mr. Burakovskyi.

“There has been a lot of speculation as to whether or not money should be taken from the IMF in view of the fact that our loans, despite the good intentions, often turn into foreign debt. Unfortunately, all of the governments failed to fully comply with the IMF requirements and their cooperation usually ended after the first or second tranche. But in the current conditions Ukraine has no other way but to move forward and implement the necessary changes to ensure that the money is used appropriately,” the expert said.

Evaluating compliance with IMF’s recommendations as a precondition for receiving the funds, Mr. Burakovskyi said: “I think that the key requirements have already been met in advance. This concerns the currency exchange, tariffs for housing and utility services and budget cutting. However, the IMF package does not encompass all sides of the Ukrainian economic policy, and so we are still to implement a large-scale program to reform the Ukrainian economy.”

According to the expert, Ukraine’s economy has been in recession for two years already. “Zero GDP growth in 2013 should not make us complacent. According to the preliminary data, the GDP in Q1 2014 is 98.4% compared to Q1 2013, which means it has dropped by 1.6%. From the point of view of Ukraine’s economic development prospects in 2014, the question is how big the negative number will be. It will depend on keeping the foreign markets because the Ukrainian economy is largely export-dependent, and it will also depend on the political factors,” Mr. Burakovskyi summarized.

Igor Burakovskyi is a Ukrainian economist, Chairman of the Board of the Institute for Economic Research and Political Consulting, Professor of Economics at the Kyiv Mohyla Academy, Doctor of Economics. He has authored over 50 works on international economics and trade policy, economic reform in transition economies and integration processes. He also participated in a number of international research projects.