Kyiv, May 13, 2015. Russia-backed militants brought heavy weapons to the frontline, aiming to undermine peace treaties, said Colonel Andriy Lysenko, spokesman of the Administration of the President of Ukraine on ATO related issues at the press briefing at Ukraine Crisis Media Center. “Russia-backed militants brought 122-mm and 152-mm cannons, tanks and other armored vehicles closer to the frontline. It leaves no doubt as to their intentions to derail the ceasefire and blame it on the Ukrainian side,” Col. Lysenko said. 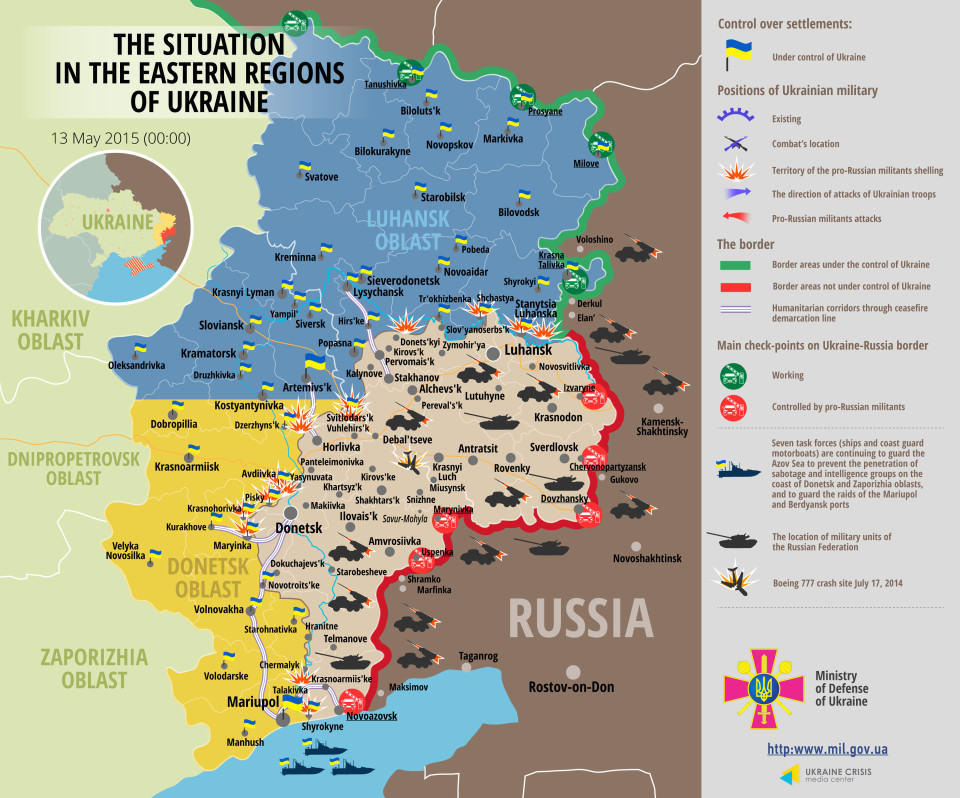 Militant groups made a series of provocations in Shyrokyne village in the Mariupol sector. Active use of heavy weapons was observed in the Donetsk sector in areas stretching from Krasnohorivka to Avdiivka. Pisky and Maryinka, as well as the area of Horlivka and Svitlodarsk, were the hotspots of most fierce fighting. In the Luhansk sector, there was a series of armed incidents in the area of Shchastya and Stanytsia Luhanska.

Ukrainian servicemen spotted 23 flights of enemy UAVs, including above the Sea of Azov.

Ukrainian Armed Forces suffered no lethal casualties; 10 servicemen were wounded in action in the last 24 hours.

Ukrainian police and operatives confiscated more than 12,000 ammunition rounds during the search of a vehicle in Pershotravensk, Dnipropetrovsk region.