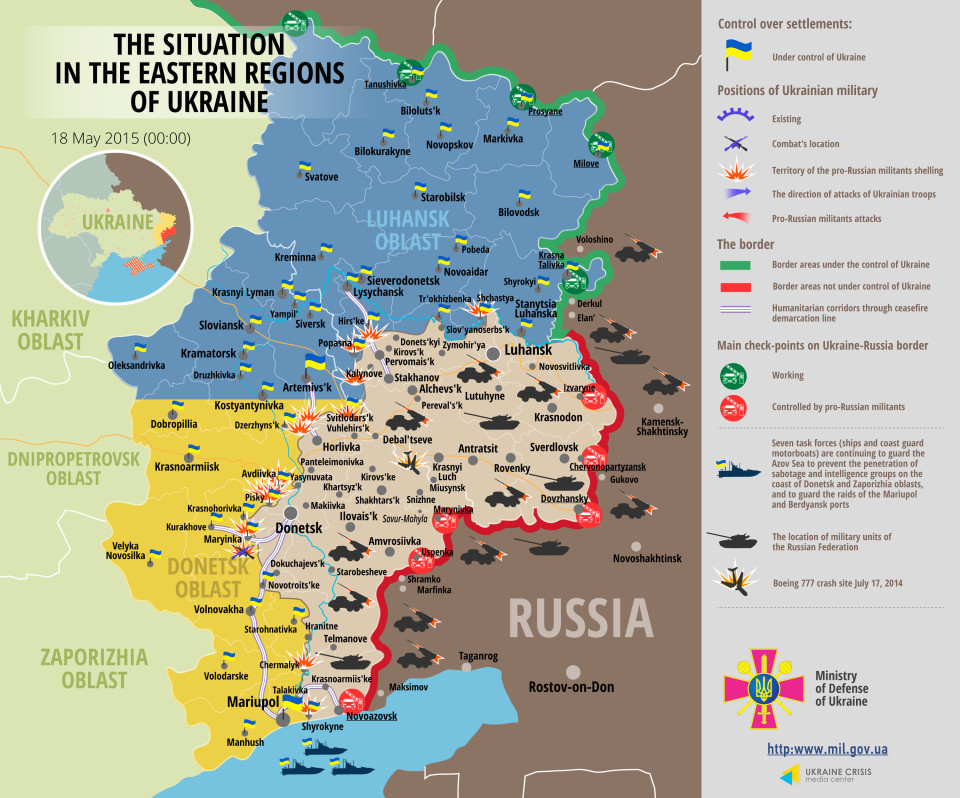 Chermalyk was the epicenter of the conflict in the Mariupol sector. Militants also mortared the Ukrainian military positions near Lukove. In the Donetsk sector, fighting intensified in the airport area. “The enemy attacked from the 120-mm mortars and 152-mm artillery. Armed provocations continue on the western outskirts of Horlivka and outside of Svitlodarsk,” Col. Lysenko said.

In the Luhansk sector, there was an exchange of fire between Ukrainian servicemen and pro-Russian militants in the area of Troyitske. “Fighting lasted for about two hours. Militants used an IFV, an anti-aircraft gun and small arms while firing from the area of Sanzharivka,” Col. Lysenko added.

A vehicle with servicemen of the National Guard of Ukraine and three volunteers rode over a landmine close to Popasna. Two volunteers and two servicemen were killed, and another female volunteer heavily injured.

Two Ukrainian servicemen were killed in action and four got wounded in the last 24 hours.