Kyiv, May 20, 2015. Two Ukrainian soldiers – Mykola Valebny and Ihor Panchyshyn – have been released from militant captivity, said Colonel Andriy Lysenko, spokesman of the Administration of the President of Ukraine on ATO related issues at the press briefing at Ukraine Crisis Media Center.

Russia-backed militants fired from 120-mm mortars 22 times, three times from 122-mm artillery and four times from tanks at the Ukrainian military positions over the last day. 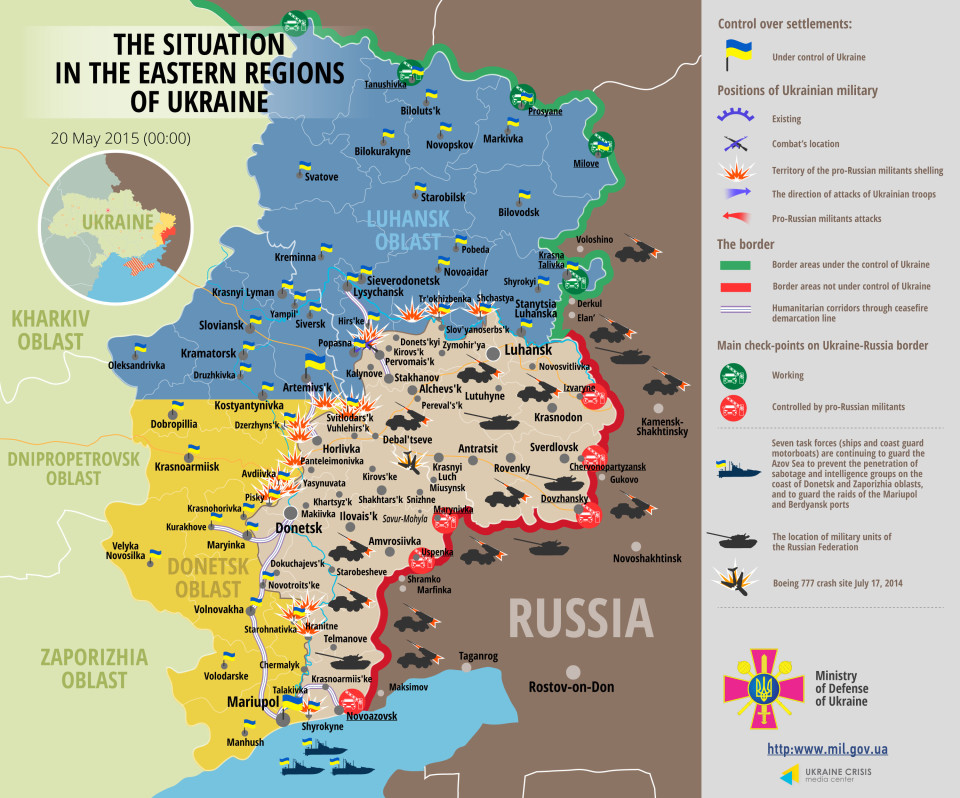 Three Ukrainian servicemen were killed in action and nine got wounded in the last 24 hours.

Most ceasefire violations occurred in the Donetsk sector near Pisky, Opytne, Avdiivka and Putylivska mine. Militant attacks were also observed in the areas of Hranitne, Verkhnyotoretske, Starohnativka and around Horlivka. In the Luhansk sector, Tryokhizbenka and Shchastya and settlements along the Bakhmukta road were the hotspots of the conflict, while Shyrokyne remained the only major site of fighting in the Maripol sector.

Meanwhile, Ukrainian military engineers are building up new fortifications along the frontline in the Luhansk region, which can withstand attacks from the 150-mm weapons.