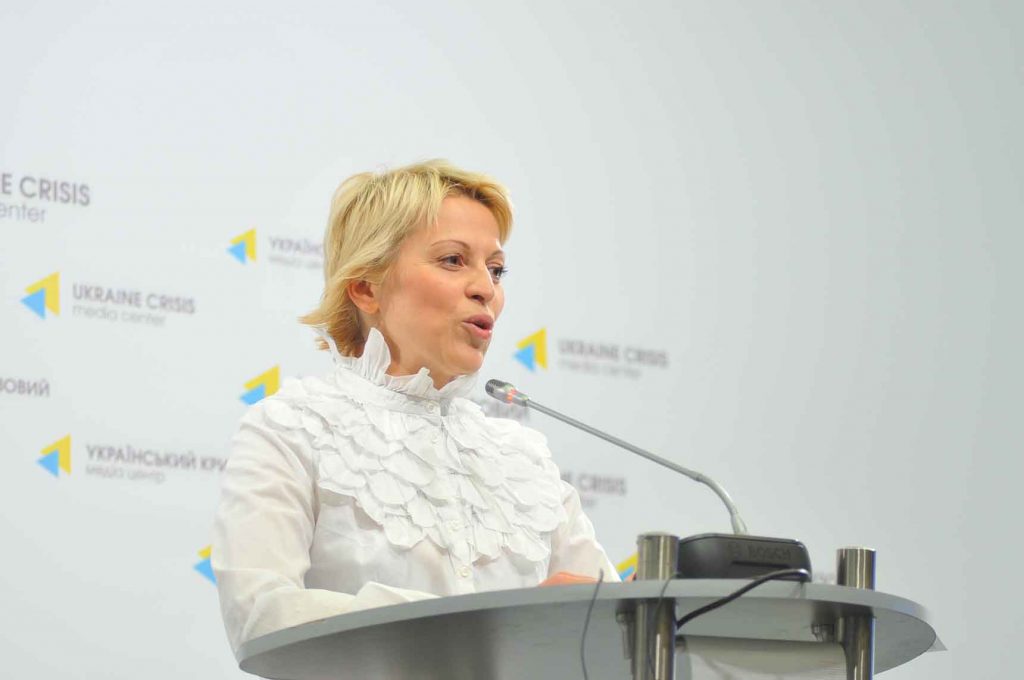 Kyiv, July 23, 2015. Instability of tax legislation is considered as the most serious problem for business development by 87.5 percent of Ukrainian companies. Olena Makeyeva, Ukraine ‘s Deputy Minister of Finance reported this during a press briefing at Ukraine Media Center as part of the Ukraine Reforms Communication Taskforce project.

According to Makeyeva, the second worst obstacle to business is the high burden of tax levies, as well as the heavy influence of the shadow economy (75% of companies reported this problem). Other problems include the uneven tax burden, the value added tax refund, a lack of long-term excise policy and the existence of the import duty. This data is generalized, and obtained from the results of the activity of industrial communication platforms on tax systems reform.

Communication platforms are a format of discussion organized through an initiative by a special team for tax system reform, which operates under the auspices of the National Council of Reforms. Discussions were held last April-June. The first theme was industry, which with the involvement of the business community consisted of 16 discussions conducted in the context of the problems of individual branches. The second was openness, which took place with the assistance of independent experts, scientists, public figures and others over the course of six discussions. The results of the work of the industrial communication platforms became the basis for the formulation of tax reform priorities, and were presented at Ukraine Crisis Media Center. “The purpose of industrial communication platforms is to investigate problems faced by businesses. It must determine the agenda for business reforms. That is, we start from what businesses expect from us,” explained Makeyeva.

The participants worked out a number of options for solving the indicated problems; options which are now being actively discussed. “To solve the hardest problem for businesses, such as unstable tax legislation, we are initiating a moratorium on amendments to tax legislation. Whether it takes a year or two, the question is being discussed,” said the Deputy Minister of Finance. The Ministry of Finance is also supportive of the idea of ​​reducing the tax burden to payroll, and is considering the option of combining single social tax and income tax, as well as abolishing the import duty, and other measures. For more details on the results of the industrial communication platforms on tax reform, visit: http://bit.ly/1IhW9AU

Deputy Minister of Finance said that in the near future the results of the work of the open platforms would be summarized and presented. For the time being, according to Makeyeva, the platforms resulted in 14 models of tax system reform for the country.

The platforms will be compiled and submitted to a target team for reforms, which will deal with the definition of individual tax rates, mechanisms of taxation and so on. “For example, next week the target team will discuss different options of revising tax rates and their impact on the budget. In September, we plan to submit to the Parliament a new of the draft Tax Code,” said Makeyeva.