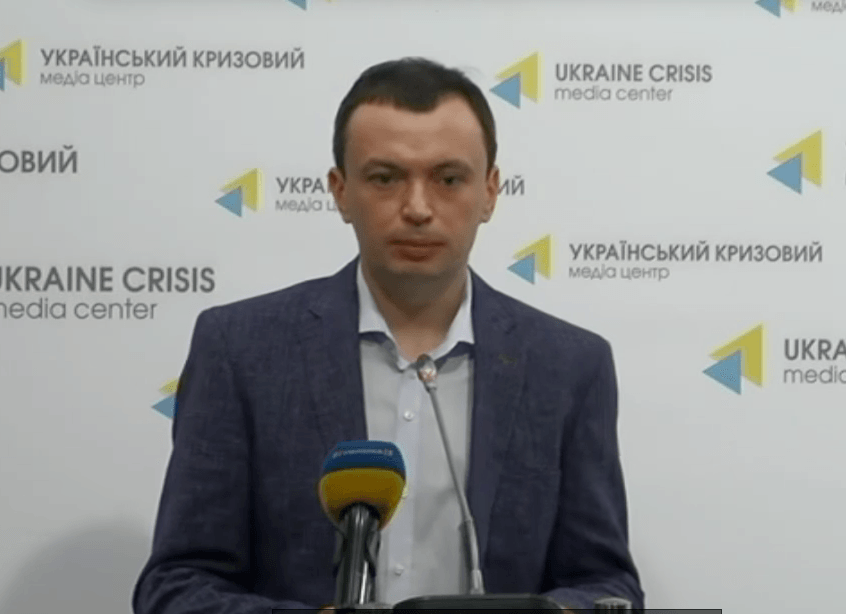 Kyiv, August 2, 2015. Rallies near Kremenchuk oil refinery aim to impede sequential privatization conducted by new management.The acts are also intended to undermine the situation in the region. Privatization includes return of oil from Kremenchuk’s oil refinery reservoirs as well as repayment of 2 billion hryvnia from PrivatBank withdrawn from the state company by former management. Interim CEO of Ukrtransnafta, Roman Sydorak reported this information at a press briefing at Ukraine Crisis Media Center.

Oil extraction stopped at midnight on July 31. Oil transportation and oil intake resumed at midnight on August 1. “Ukrnafta supplied only one tenth, that is, 2,600 tons, which proves the absence of the announced threats,” said Sydorak. He added that the oil pipeline was idle for 24 hours, as Ukrtransnafta reservoirs waited to be filled in for blocking.

Sydorak said there was 240,000 tons of processed oil in Kremenchuk’s reserves worth 2.5 billion hryvnia per day. Independent experts reported that the quality of this oil considerably differed from the oil pumped for storage, so it could be used for the refinery’s technological processes.

Sydorak said stopping operations was not linked to maintenance work, which takes place between transportation cycles so as not to disrupt refining. “Our company suggested Ukrnafta should launch a reserve oil pipeline. Processed oil, which is presently kept at the Kremenchuk oil refinery, must be returned to achieve this. Nevertheless, this proposal was turned down,” said Sydorak. In his opinion, in order to properly settle the issue, authorities should reroute processed oil from reserves back to the Kremenchuk refinery and launch a branch pipeline from Hlynska to Kremenchuk. Additionally, Sydorak said authorities should start a proper investigation of power abuse by former management. Former plant managers entered into unprofitable contracts to store oil at the Kremenchuk oil refinery, which resulted in a loss of approximately 500 million euro.

Commenting on the rallies near Ukrtransnafta, Sydorak said that these protests were for hire and organized in order to impede the new management’s privatization efforts.