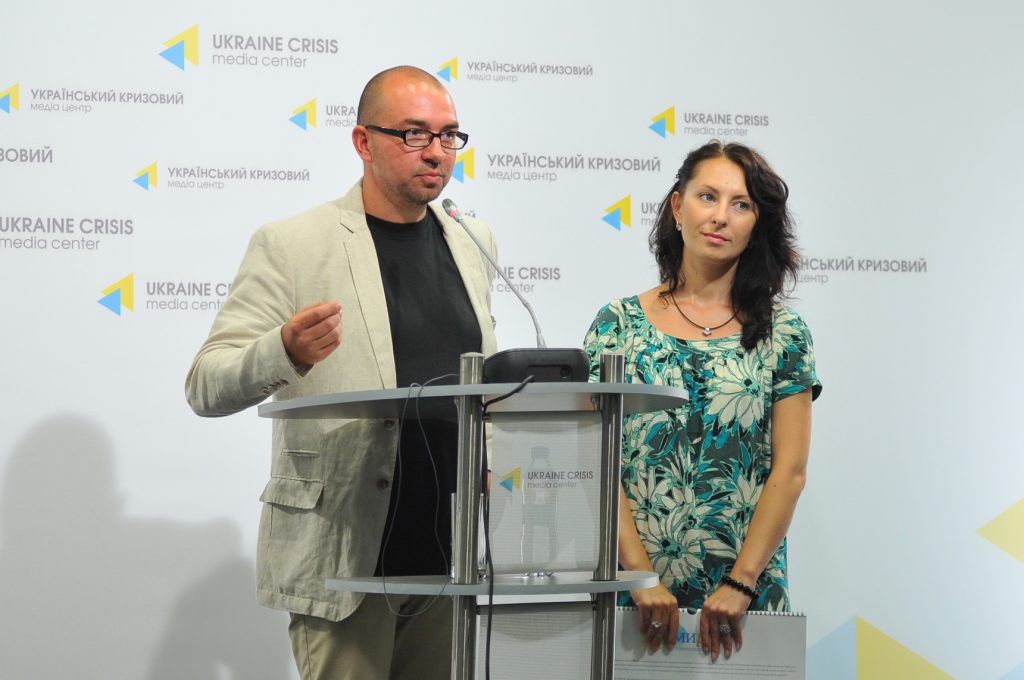 Kyiv, August 6, 2015. In July 2014, photographer Kateryna Pikun had to leave her hometown Luhansk. “I grabbed everything that I could and ran away. Lviv became a second home for my son and me. I’m just one of a million internally displaced persons who, like everyone else, is trying to create comfort in a new place despite all the stigmas,” shared the Kateryna Pikun, creator of Ukraine as Seen by an Internally Displaced Person. A year later, the NGO Internews Ukraine, in cooperation with the Dutch Embassy of Ukraine, proposed that Pikun create a photo exhibition showing how an internally displaced person sees the cities of Ukraine.

“When I first learned about Kateryna, I was impressed. She lost her home and had to flee from her native city. She lives with her mother and son in a small flat in Lviv. However, when I saw her pictures filled with life and emotions, I decided to share them,” shared Volodymyr Yermolenko, Head of European Projects at Internews Ukraine, during a presentation about Pikun’s exhibit at Ukraine Crisis Media Center.

Yermolenko said that the exhibition aims to combat stereotypes of residents of Donbas and eastern regions. “This exhibition is designed to restore the Ukrainians humanity and compassion in perceiving each other as a single country,” said Yermolenko.

Fifteen of Pikun’s photos of Kyiv, Dnipropetrovsk, Odesa, Kamyanets-Podilsky, Kharkiv and Lviv are now on show in Ukraine Crisis Media Center’s gallery. “I especially made the photos as collages to combine several cities of eastern and western regions of Ukraine into one work,” said the photographer. In doing so, Pikun said she wanted to demonstrate a common architecture and urban plan as well as common emotions, experiences and feelings amongst the Ukrainian people.

“My first photo was taken in Kharkiv. It was a photo of cadets who were on break in Gorky Park. At one point, they started to sing a folk song and swim in the fountain. It was an emotion of childish joy,” said Pikun. The photographer saw the same emotion of pure childish joy. “For myself, I named this exhibition ‘My Ukraine’ because when I visited different cities, I realized that we are united. Our strength is not only in unity but also in understanding that we are together. We have the same emotions, the same perception of joy and care,” said Pikun. After the presentation in Kyiv, Ukraine as Seen by an Internally Displaced Person will move on to Lviv. Pikun has also planned another exhibit to show children with birth defects, which she hopes to present in 2017.