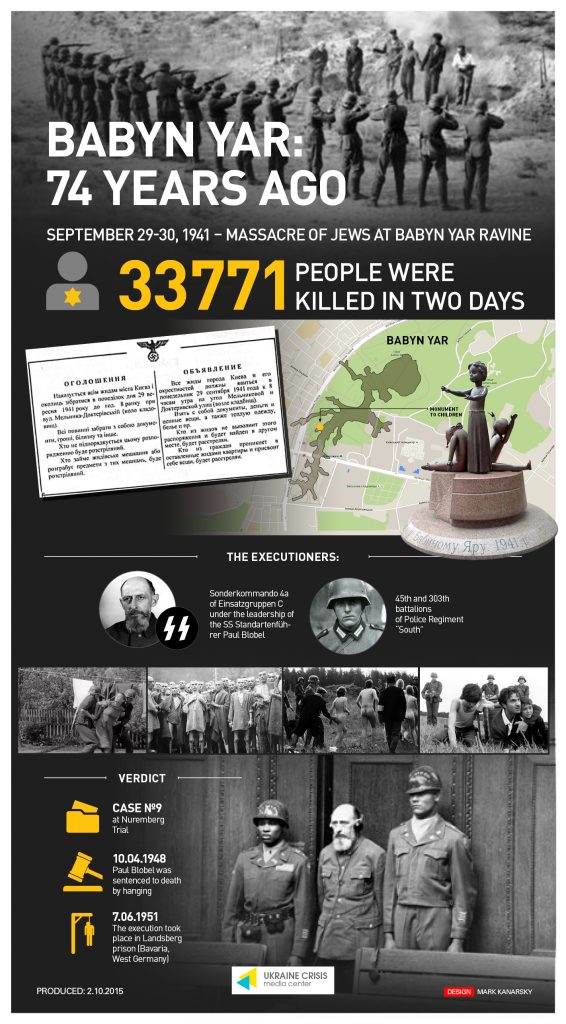 Babyn Yar ravine is a symbol of the Holocaust in Ukraine where the Nazi troops killed tens of thousands of people in September 1941. The perpetrators received their punishment after the Second World War. The Soviet authorities, however, have been concealing the truth about these events for several decades. The infographic shows key facts of the Babyn Yar tragedy.
[When publishing the infographic, a reference to the Ukrainian Crisis Media Center is compulsory]