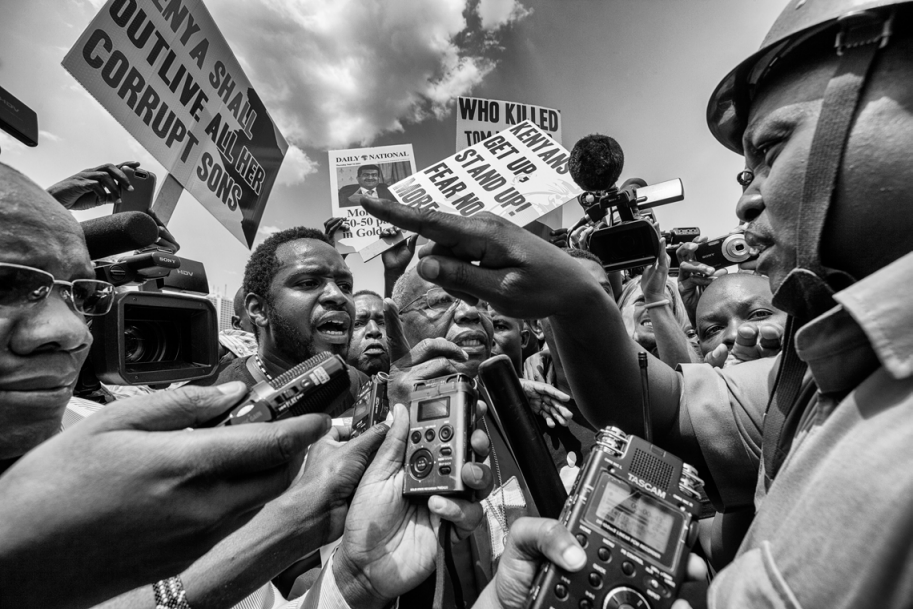 Kyiv, May 16, 2014. Moscow’s loud rhetoric, circulated via Russian-broadcast TV and radio channels both in Russia and in Ukraine provokes a deep conflict of interest, which leads to violent stand-offs in the eastern part of Ukraine. A statement on this conclusion was released on May 12, 2014 by a worldwide association of Poets, Essayists and Novelists – PEN International.

“Today the Russian Federation uses the vehicle of language for manipulation and demolishing old linguistic notions. Firstly, this is a crime against language. Words used to voice Russian rhetoric, namely, “junta”, “fascism”, “Nazism” are powerful enough to evoke aggression and hatred”, reads the official PEN statement.

The rhetoric used evokes strong negative emotions and is resulting in violent confrontations between pro-Ukrainian supporters and pro-Russian separatists on Ukraine’s territory, including in Sloviansk, Kramatorsk, Luhansk, Donetsk and Odesa, and exacerbated the military tension on Ukraine’s eastern border.

In addition, PEN officials state, Russia has established a legal framework which is aimed at locally and internationally supporting the government’s media policy. There are seven officially registered TV channels, and as experts say, even more examples of media which are linked to the government or are beholden to governmental policies. Interestingly, one of the most-viewed channels in Russia and Eastern Ukraine is Russian 1 National TV Channel.

PEN officials say that the same covert media strategy was used for the execution of the Crimean scenario – people were first brainwashed by Kremlin-generated information which resulted in the adoption of a strong Moscow-leaning perspective of Crimean residents. “The widely-aired Kremlin lies led to violence on the Crimean peninsula, and resulted in numerous casualties in Odessa as well as in the eastern part of the country,” the officials reiterated.

On May 3, 2014 – World Press Freedom Day – Russia’s leader Vladimir Putin awarded journalists, reporters and editors for their contribution to communicating an allegedly “objective” reality. Thus, Russian media became a powerful weapon and journalists turned into full-fledged troops. “The blatant lies they spread led to bloodshed and deaths and their cynical reporting lethally damaged the viewpoints and perceptions of reality of ordinary Russian civilians,” reads the statement.

Interestingly, in its annual report Freedom of the Press 2014 the international watchdog organization Freedom House describes Russian media as “Not Free”, as Russia enforces legal limitations on printed, broadcast and web media agencies as well as on Internet blogs. As an example, the Russian State Duma has tried to legally shut down the blog of Russian activist Aleksei Navalnyi.

Freedom House places Russia on 176th position out of 197 evaluated countries, which Russia shared it together with Ethiopia and Sudan and got 81 scores.

The Kremlin has been accused of using numerous means of instigating and exacerbating the confrontation between Ukraine and Russia, including through the use of covert actions of deploying pro-Russian separatists and extremists; overt military stand-offs at Ukraine’s eastern border and now – leveraging and co-opting the media in its propaganda campaign.