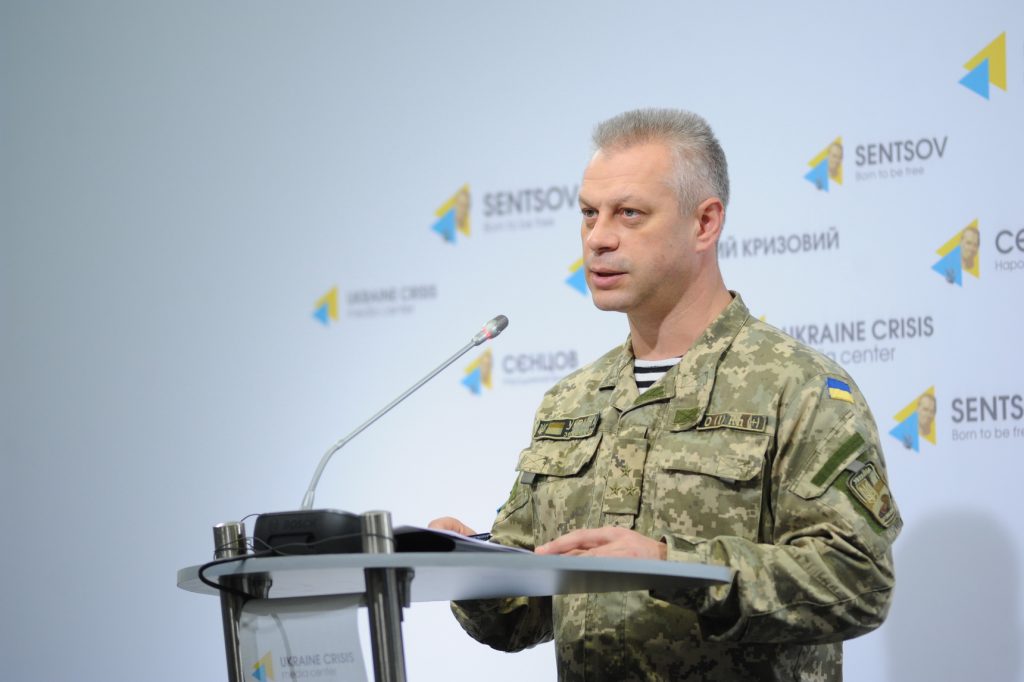 Kyiv, November 28, 2015. The situation in the ATO zone improved greatly over the past 24 hours. Ten ceasefire violations by militants were recorded yesterday, all of them in the Donetsk sector. “Militants were shooting mostly randomly for not more than ten minutes,” informed Presidential Administration spokesperson on ATO related issues Colonel Andriy Lysenko at a press briefing at Ukraine Crisis Media Center. “Militants shot several times towards our positions at Svitlodarsk arc, near Luhanske. Russia-backed militants violated the ceasefire on the outskirts of Horlivka, in Zaitseve and Novhorodske. Militants committed a number of provocations on western outskirts of Donetsk. They shot at our positions south of Avdiivka from infantry combat vehicle BMP-2, and launched two missiles from 82mm mortar launcher towards Krasnohorivka,” elaborated Col. Lysenko. 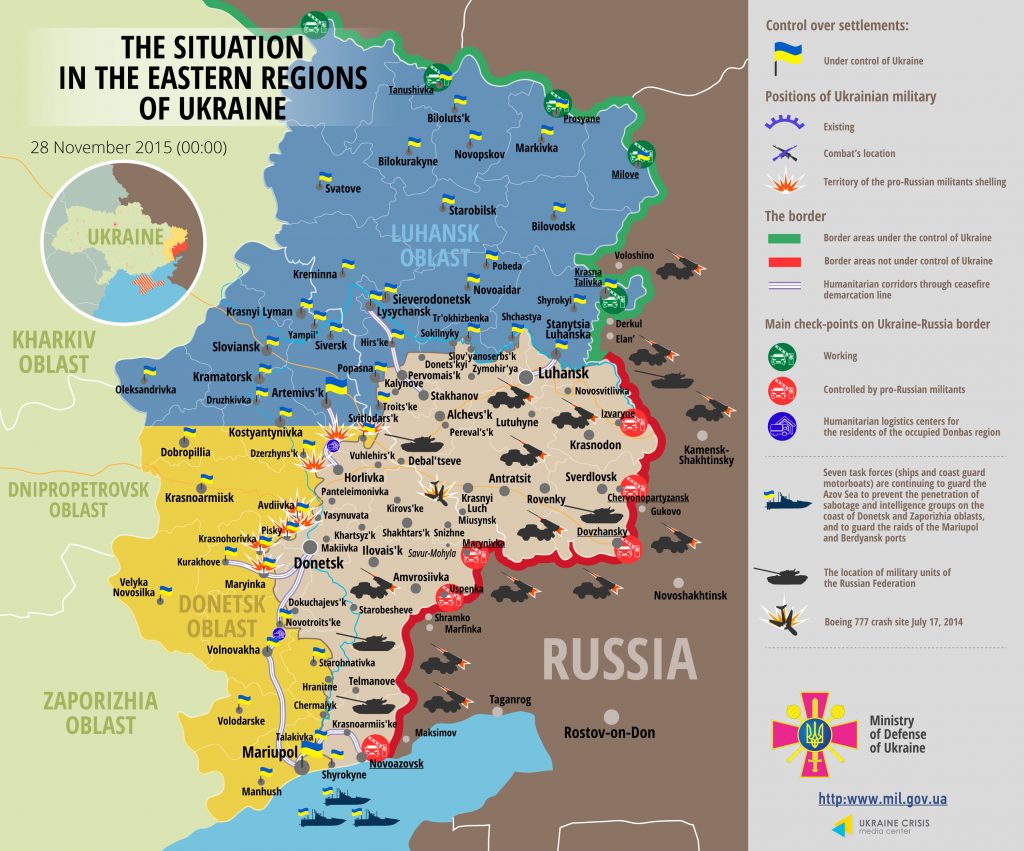 According to the spokesperson, Ukrainian Armed Forces incurred no losses in combat yesterday and no troops were wounded. Nevertheless, five Ukrainian troops were injured when they tripped explosive devices near Novhorodske and Novotroitske in the Donetsk region.

The spokesperson also informed of two militants detained by the Security Service of Ukraine, “One of them was supplying militants with information on Ukrainian troops’ locations and was directing artillery fire. A woman was another informer, transferring information on ATO forces’ locations in Volnovakha district, Donetsk region. Russia-backed militants were using this information to direct artillery fire at our positions,” said Col. Lysenko. At the same time, three former militants joined Ukraine’s Security Service’s program ‘You are waited for at home!’ and returned home. According to Col. Lysenko, one of them was kept hostage by militants in July 2014 and after torture, psychological and physical pressure agreed to join a militant group of self-proclaimed the ‘Luhansk People’s Republic’, but later he managed to escape.

A lesson on anti-mine safety took place at the initiative of the Joint Center on Coordination and Control at one of schools in Soledar, Donetsk region. Col. Lysenko said representatives of International Red Cross Committee working in the ATO zone participated in the event. They taught children how to avoid anti-personnel and anti-tank mines as well as mines masked as books or toys.