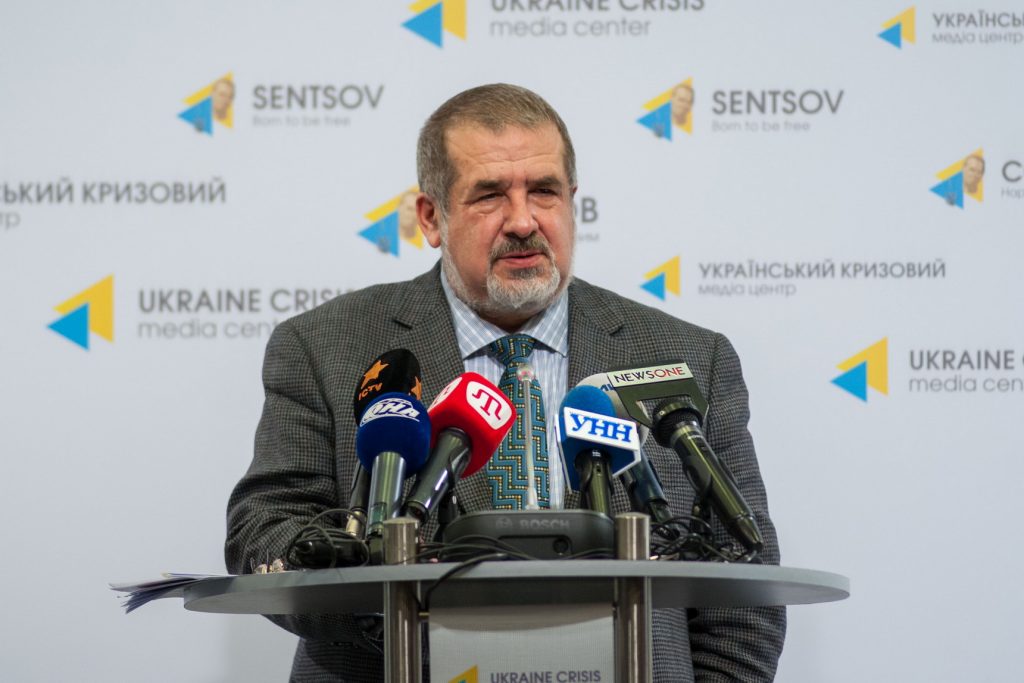 Kyiv, December 6, 2015. The Cabinet of Ministers of Ukraine has prepared a draft resolution on limiting trade relations with the temporarily occupied territories of Crimea and Donbas, as informed Chairman of the Mejlis of Crimean Tatar people Refat Chubarov at a press briefing at Ukraine Crisis Media Center. “I can say that the government has prepared and agreed with all parties a draft resolution on limiting supplies of certain goods and services from the temporarily occupied territory to the other regions of Ukraine and from the other territory of Ukraine to Crimea,” explained Mr. Chubarov. With the adoption of this resolution the government will terminate trade, supplies of goods and services from mainland Ukraine to Crimea and other temporarily occupied territories. The Cabinet will approve the document on December 9.

According to Refat Chubarov, the document stipulates that any person can carry socially important goods total value of which shall not exceed the equivalent of UAH 10 000, and the total weight shall not exceed 50 kg per one person. However, there are some exceptions concerning the delivery of humanitarian assistance provided by international humanitarian organizations, explained Refat Chubarov.

The Chairman of the Mejlis of Crimean Tatar people added that members of the public blockade will maintain their positions at all the three checkpoints at the administrative border between mainland Ukraine and Crimea and will monitor the implementation of this resolution. “Once a resolution is adopted, the public blockade members will not directly examine the cars. They will watch how the cars are examined by those authorized,” said Refat Chubarov.

Commenting on the electricity supply to Crimea, Mr. Chubarov said that the Cabinet’s resolution will not regulate this issue. Refat Chubarov does not preclude the possibility of power supply resumption to Crimea via one branch of power lines till the end of the year. “I do not rule out the possibility of power supply resumption via one branch – “Kakhovka-Titan” till the end of December,” noted Mr. Chubarov.