Kyiv, December 15, 2015.  Over the last day of hostilities in the east of Ukraine, no military was killed or wounded, said Colonel Oleksandr Motuzyanyk, Presidential Administration spokesperson on ATO related issues at a briefing at Ukraine Crisis Media Center. However, the situation in the ATO zone remains restless. For the first time over a few days, militants violated ceasefire in Luhansk sector. There were two provocations near Tryokhizbenka. Militants used small arms, grenades and heavy machine guns. Though, militants reduced the number of attacks almost twice in Donetsk sector. “It was restless near Donetsk airport, especially in Pisky and Avdiivka. Militants also carried out three unaimed attacks on our positions near Novhorodske. They used small arms, heavy machine guns and anti-tank grenades at Svitlodarsk arc, around Luhanske and Zaitseve,” he explained. In Mariupol sector, they have not recorded any ceasefire violations. 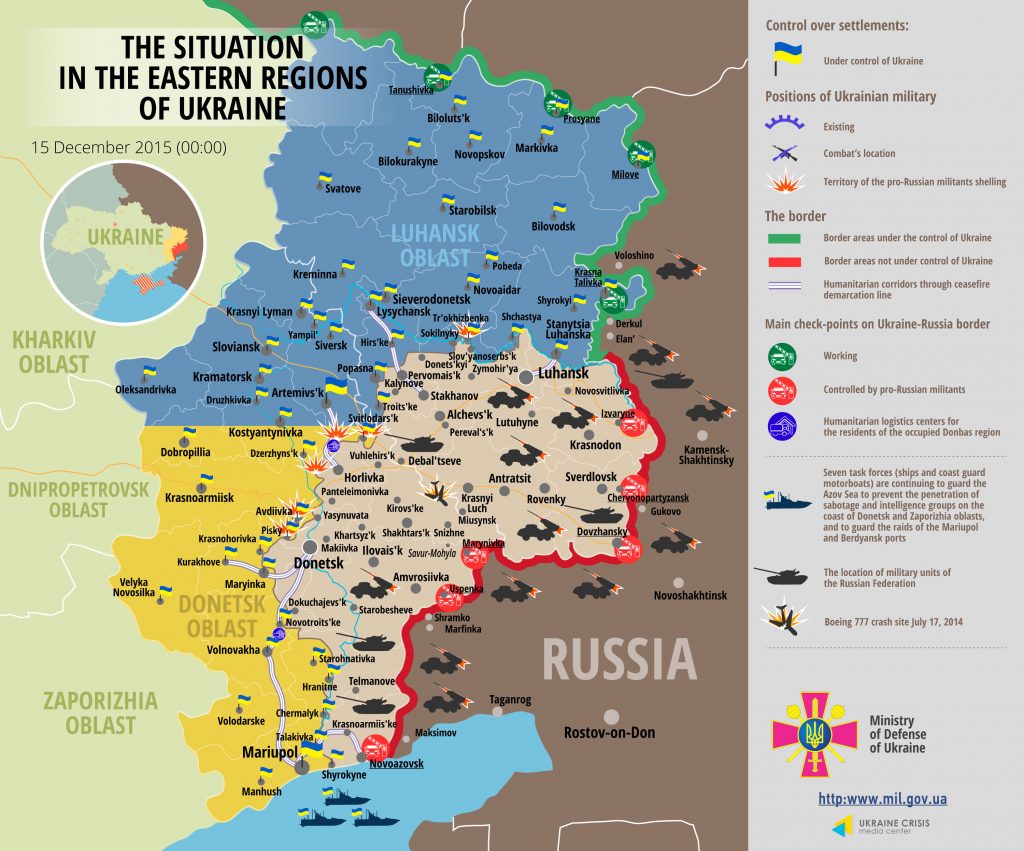 Given the increase in passenger traffic across the contact line, a new checkpoint “Maryinka” has been opened today. “Up to 6 thousand people and 1,500 vehicles can pass through the checkpoint daily. This will significantly reduce the burden on Zaitseve and Novotroitske checkpoints and ensure more efficient work of law enforcement bodies that have been strengthened on the eve of Christmas to avoid sabotage,” said Col. Motuzyanyk.