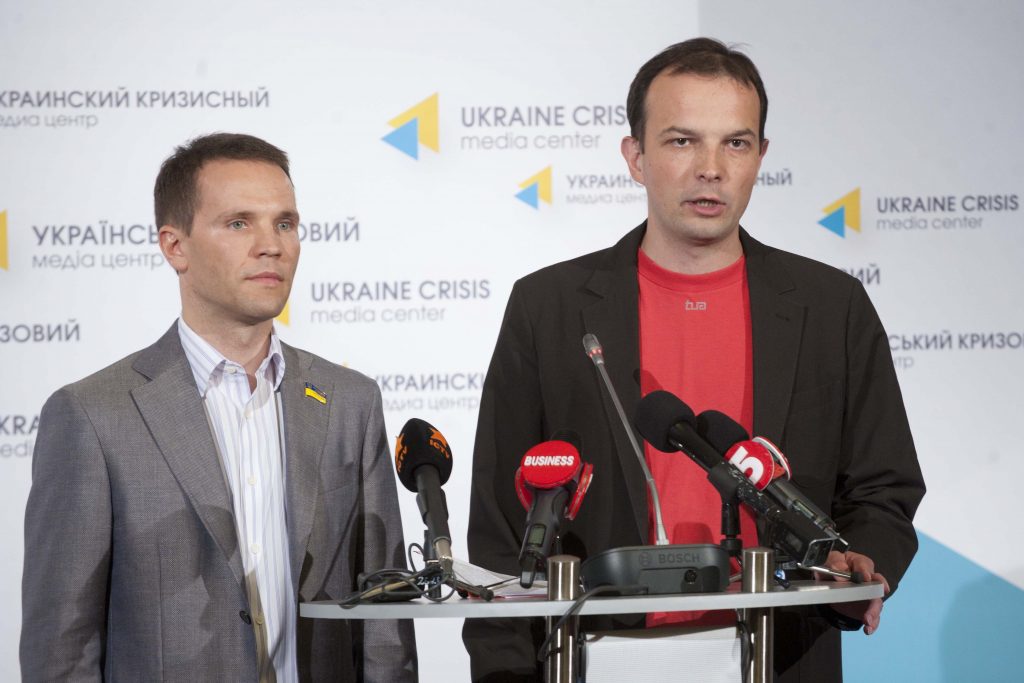 Kyiv, June 11 2014 – the new Bill On Lustration will be submitted at Verkhovna Rada to the President of Ukraine later this Friday. The Bill provides for radical solutions to the recruitment policy of public servants. Coordinators of Lustration committee propose to re-elect judges, prosecutors, police officers, officers of the State Security Service of Ukraine, officials at ministries and state administration based on transparent public contests. «We do realize this means recruitment revolution, maybe even the most crucial political decision, but neither President, nor our society have other chances to rescue the country”, – stated Yegor Sobolev, the representative of social initiative “VOLIA”, authorized by the Maidan Council to lead lustration, during briefing in Ukrainian Crisis Media Center.

According to Mr.Sobolev, the new state should be built by the new state officials. ”Having work experience in the State security service with 99 per cent probability means involvement in corruption schemes, with very high probability  – relations with special state security forces of other countries and absolute reluctance to changes, – states Yegor. –  Moreover, 350 thousand officers occupied in police service – you will need decades to lustrate them”.

Having analyzed best practices of other countries, coordinators of Lustration committee invite to leverage public recruitment process for all state posts, scrutinizing every candidate by the professional recruitment commission, which involves journalists and lawyers, and to block the candidates who are not ready to serve the people of Ukraine. These include among others former leaders of komsomol and communist party of Soviet Union: (Turchynov, Yefremov, Tigipko); officials that worked as KGB agents or studied in KGB schools (Nalyvaychenko); officials that held their posts during Maidan and did not resign; persons who supported with words or actions Crimea annexation or encroachment on the state sovereignty and territorial integrity of Ukraine; officials that were prosecuted for corruption or those who fail to explain the origin of their property and property of their families.

Mr. Sobolev provided example of the Velvet Revolution in Czech where an artist held the post of the Head of State security service based on public recruitment contest and experience of Poland where Central Anti-Corruption Bureau has gained the reputation as the most competent state body. “New country should be built by the new state officials, and we trust that President Poroshenko is interested to change the country, otherwise he will not be able to govern it”, – concluded Yegor Sobolev.