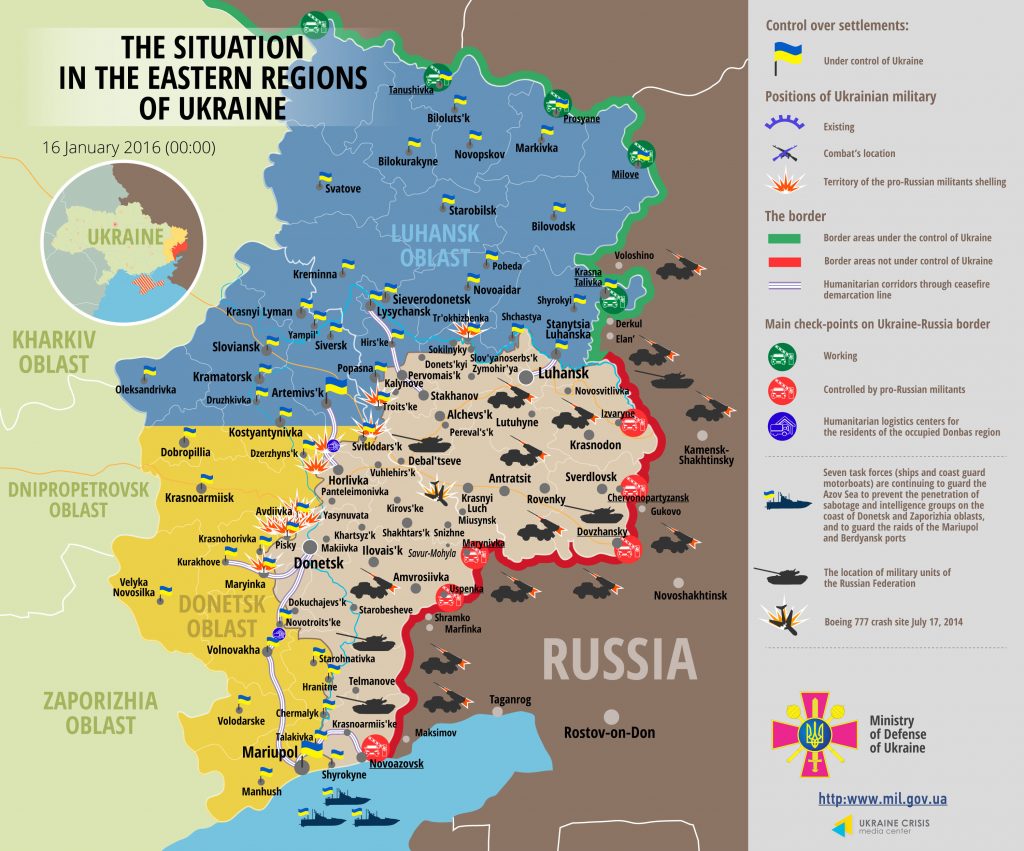 According to the spokesman, discipline in the militants’ ranks keeps deteriorating. “According to the Chief Intelligence Department of the Ministry of Defense of Ukraine, militants are steeling fuel supplied by the Russian Federation. A 500 liters deficiency of fuel was found in one of the self-proclaimed ‘Donetsk People’s Republic’ (DPR)platoons. Militant chiefs decided to compensate the deficiency at the expense of militants’ own funds, provoking indignation among insurgents,” explained Col. Lysenko.

Moreover, Ukraine’s Security Service prevented a terrorist act in an administrative building in Mariupol planned by a militant subversive group. “Special services officers found a ‘Shmel’ rocket-propelled anti-personnel flame thrower in an abandoned cellar in Kyrylivka village, Volnovakha district, Donetsk region. Moreover, they found maps of Mariupol with a building of a district state administration. According to the intelligence data, weapons and maps were intended for a subversive group of the self-proclaimed DPR,” elaborated the spokesman.

Col. Lysenko informed that experts of the State signal dispatch service of Ukraine prevented a possible hacker attack from Russia. According to Col. Lysenko, yesterday signal experts found that one of the workstations in Boryspil airport was infected by Black Energy virus. “The infected computed was isolated from the computer infrastructure of the airport and the incidents was reported to the experts of CERT-UA group. The incident is being investigated. Similar virus was detected during a hacking attack at Ivano-Frankivsk power distribution company which may be the evidence of meaningful action, being subversive acts of Russia,” summarized Col. Lysenko.