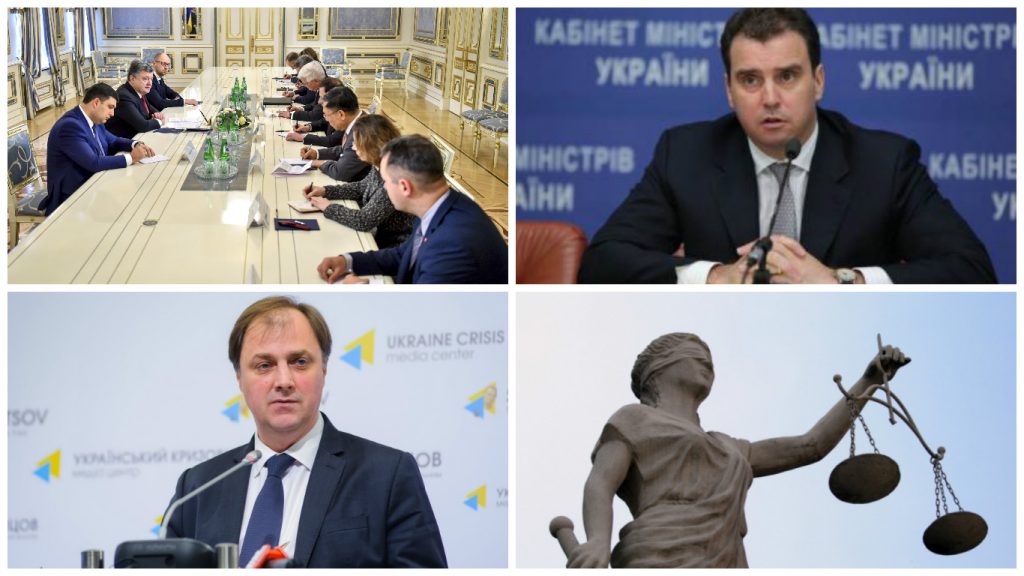 Ukraine has endured a week of high political struggle but a broad resolution appears to have been found, restoring all technocratic ministers (with the possible exception of Minister of Economy Aivaras Abromavicius). Ministers withdrew their resignations, publicly stating the unacceptability of political involvement with personnel issues going forward and other requirements to accelerate sustainable reform. Although some of the issues in question are outside the competence of the ministers themselves, the public debate promises a widespread reinvigoration of reform efforts among all branches of government.

Constitutional reform is gradually progressing. After the Constitutional Court declared that changes to the Constitution proposed by the President do not contradict the Basic Law, the Verkhovna Rada preliminarily approved the changes in the first reading. The final vote will take place this parliamentary session (by July this year). If a constitutional majority supports the draft law (by at least 300 votes), judicial branch reset will begin in the summer of 2016.

The reform eliminates judicial immunity, puts forward new requirements for judges and introduces re-certification for the judiciary. Judges are insulated from political influence of the Verkhovna Rada and the President, but bear more personal responsibility for their decisions.

The new scheme of drug procurement through international organizations proved its effectiveness: in 2015, medication cost the state budget 30-60% less than in 2014. Last year, UNICEF, UNDP and Crown Agents, enlisted by the Ministry of Health, bought drugs worth over 2.2 billion UAH (60% of budget spending for this purpose) on twelve state programs. The success of reform implementation in 2016 prompted the Ministry of Health to transfer all procurement programs to international organizations in order to eliminate corruption risks and provide Ukrainian patients with necessary medicine, totaling over 4 billion UAH.

Ukraine has tested a “new Silk Road”. The first Ukrainian train covered a distance from Ukraine’s border with the EU to China, bypassing Russia, in 15.5 days. The new route will enable Ukrainian and European goods to be delivered to Asian countries in case of prohibition of transit through Russian territory. In due course, the duration of goods delivery will be reduced to 10-11 days.

An alternative railroad track can compete with conventional sea shipping route (it takes 36 days to deliver goods along Germany-China route), and with the Trans-Siberian Railway (16 days).

Access of local communities to financial resources for development will now happen due to  the adoption of a special law. Currently, the creation of such communities is exposed to resistance both from residents, who are not informed about the reform, and from regional authorities, which sometimes use the mechanism of limiting access to resources to sabotage the reform. The law passed its first reading. It is expected that the law will be adopted by the end of the current session (till July 2016).

PUD “Lvivvodokanal” attracted 7.5 million euros for the reconstruction of treatment facilities and the construction of a biogas plant. The Eastern Partnership Grant will increase the energy efficiency of the enterprise and improve environmental conditions in Lviv.

Іvano-Frankivsk became the 11th Ukrainian city where a new patrol police began to work. By June 2016 a similar renewal of staffing should be completed in another 29 cities of Ukraine.

Assistance from the European Union institutions will contribute to reform acceleration and improvement of its quality. An EU advisory mission working in Ukraine on reforming the civil security sector is headed by Kyastutis Lanchinskas, who served as leader of the police in Vilnius, Lithuania.