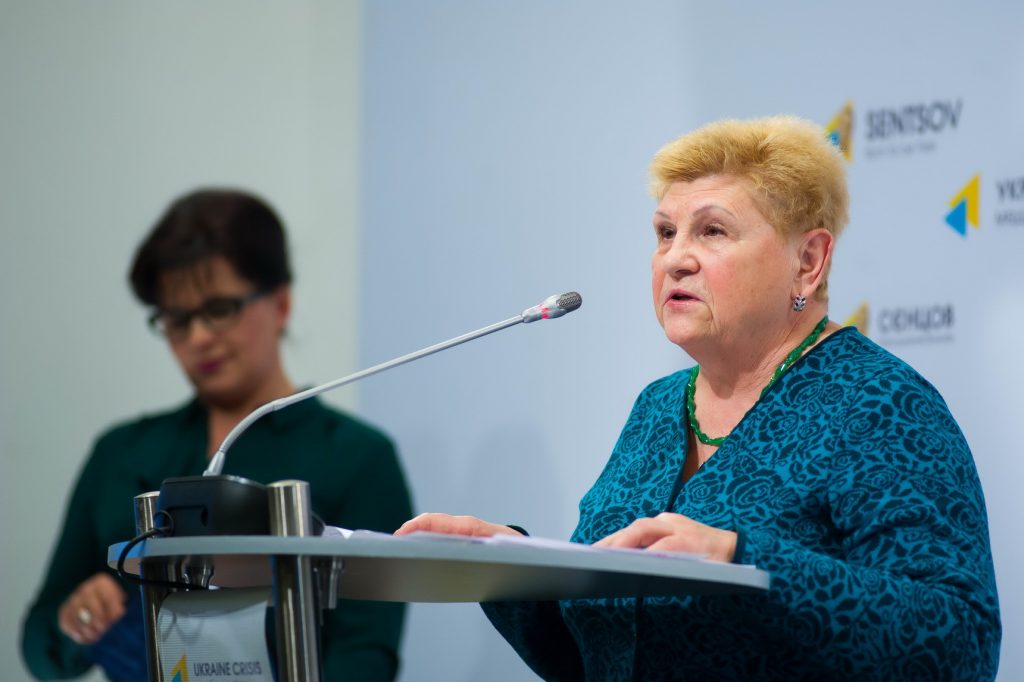 Kyiv, February 9, 2016. In the current epidemiological season about 3.5 million people have fallen ill in Ukraine. Compared to the last epidemiological season, the sickness rate is more than 45% higher. During the fifth week of 2016, as of February 7, 345,000 sick persons have been recorded; 145,000 people have been hospitalized. More than half of them – children under the age of 17. This was reported by Svitlana Ostashko, director of Public Health Department, Ministry of Healthcare of Ukraine, during a press briefing at Ukraine Crisis Media Center. “246 cases of death from influenza have been recorded since the beginning of epidemiological season. Of these, 3 cases – children under the age of 17 years and, unfortunately, one pregnant,” noted Svitlana Ostashko.

“In most cases people died from H1N1 flu (84% ); 2 people died from H3N2 flue, and 2 – from type B flu, which is virologically proven.[…] In 35 death cases we could not identify the virus type,” said Lyubov Nekrasova, director of Ukrainian Center for Control and Monitoring Deceases at the Ministry of Healthcare of Ukraine. According to her, a peculiarity of this epidemiological season is that adults suffer from flu. “If earlier the disease prevailed among children aged 7 to 14 (75% of all cases), now only 50% of children are suffering from it, and adults aged 30 to 64 come close to 46%. The death rate is as follows: 199 cases – people aged 30 to 64 years, 3 cases –  people aged 18 to 29, 41 cases – people aged 65 years and older,” informed Lyubov Nekrasova.

At the same time, Svitlana Ostashko noted that as of today only  125,500 people have been vaccinated. According to her, the Ministry of Healthcare has agreed to provide humanitarian aid for vaccinating the risk groups against influenza. Also, Mrs. Ostashko reported that the Ministry of Healthcare has set up a hotline – 0 800 801333, where people can ask advice. “With the aggravation of the situation, we  attracted epidemiologists, infectious disease specialists, pediatricians, internists and family physicians to work on the hotline,” she noted.