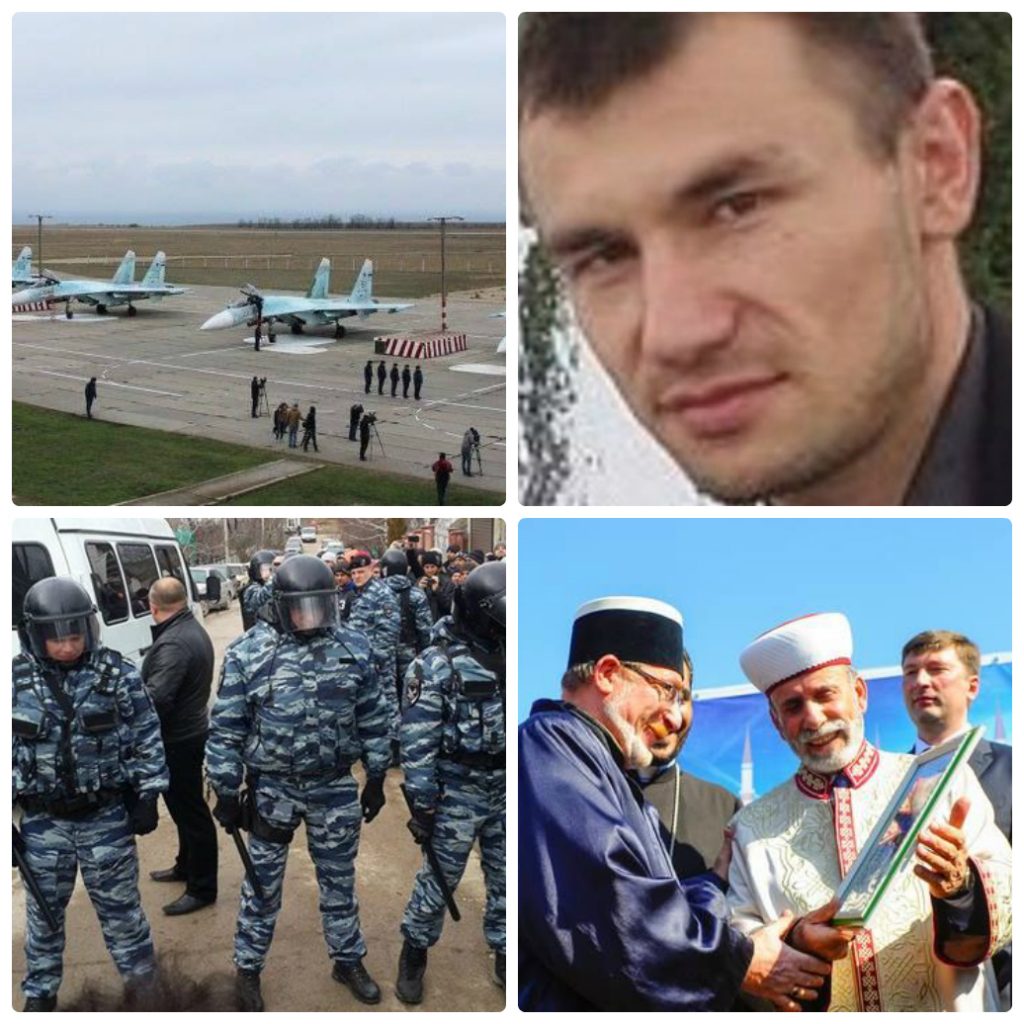 Mass searches of Crimean Tatar houses carried out in Crimea

– Last week saw mass searches of Crimean Tatar houses carried out in Crimea. According to witnesses and the houses’ owners, the Federal Security Service of Russia (FSS) officers acted really hostile, smashing windows, threatening owners of the houses and trying to plant incriminating evidence, such as extremist books. In one of the searched houses, glass splinters from a smashed window landed on the owner’s children.

– FSS officers took away the houses’ owners for questioning without charging them with anything or giving any reasons for detention.  The detained were asked whether they or their friends are terrorists’ friends, whether they are members of any extremist organization and whether they are planning to go to Syria.

– The Association of Repressed People, an international human rights organization, condemned a new wave of repression, which included illegal searches and detentions, the occupation authorities initiated against Crimean Tatars.

– The Crimean Prosecutor Office, which is temporarily based in Kiev, initiated criminal proceedings against perpetrator of searches in Crimea. The evidence was forwarded to Ukraine’s General Prosecutor Office for establishing investigative jurisdiction.

– The detained are suspected of the involvement with the Hizb ut-Tahrir, an organization which has been found terrorist in Russia.

– Last year, four Sevastopol residents – Ruslan Zeitullayev, Yuriy Primov, Rustem Vaitov and Ferat Seifullayev – were arrested on identical charges. Those the court found ‘members of a terrorist organization’ face a prison sentence of 5 to 10 years, while the ‘organizer’ may receive a jail term of 15 to 20 years or life sentence.

– Without citing evidence, Simferopol’s Kievsky District Court ruled to take into custody for 2 months, until April 8, four Muslims, who were detained by FSS officers on February 11.

– After mass searches and arrests of Muslims began in Crimea, the Crimean Muftiyat made no statements for two days, turning a blind eye to the situation.

– It was not until February 13 that Aider Ismailov, Deputy Crimean Mufti, said in an interview with Millet, a pro-Russian TV channel, that searches carried out on February 11 and 12 allegedly targeted houses belonging to followers of ‘radical terrorist organizations’.

– According to Ismailov, detention of Hezb-at-Tahrir activists cannot be viewed as an attempt to persecute Muslims for religious convictions.

– QHA earlier reported that the Spiritual Administration of Crimean and Sevastopol Muslims, which is controlled by Russian special services, condemned establishment of a new Muftiyat in mainland Ukraine. It also issued a fatwa against Mustafa Jemilev, Refat Chubarov and Lenur Islyamov, leaders of Crimean Tatar national movement, accusing them of being infidels.

– On February 8, the Russian Defense Ministry ordered sudden drills and snap check of combat readiness in Russia’s southern region. Reports of reservists being mobilized in Crimea began coming in on February 9.

– According to intelligence reports, Russian troops deployed Grad multiple launch systems (the newest ones mounted on Kamaz trucks) and self-propelled canons in the immediate proximity to the Ukrainian border. Russians also put up a smoke screen to conceal their striking force.

– Intelligence data suggests that 8,5 thousand troops, 900 pieces of military equipment, 200 planes and helicopters, and 50 warships were deployed in drills in southern Russia and Crimea.

– By symbolically raising a Crimean Tatar flag outside the Ukrainian Foreign Ministry, the ministry’s officials showed their solidarity with the Crimean Tatar people.

– It was decided that the Crimean Tatar flag would stay near the Ukrainian Foreign Ministry until Crimea is liberated.

– According to Pavel Klimkin, Ukraine’s Foreign Minister, what Russians are doing in Crimea looks like Stalin-era repressions of the 1930s and genocide of 1944.

– Ukraine notified the UN Security Council of repressions against Crimean Tatars in Crimea, urging the international community to apply more pressure on the Russian Federation.