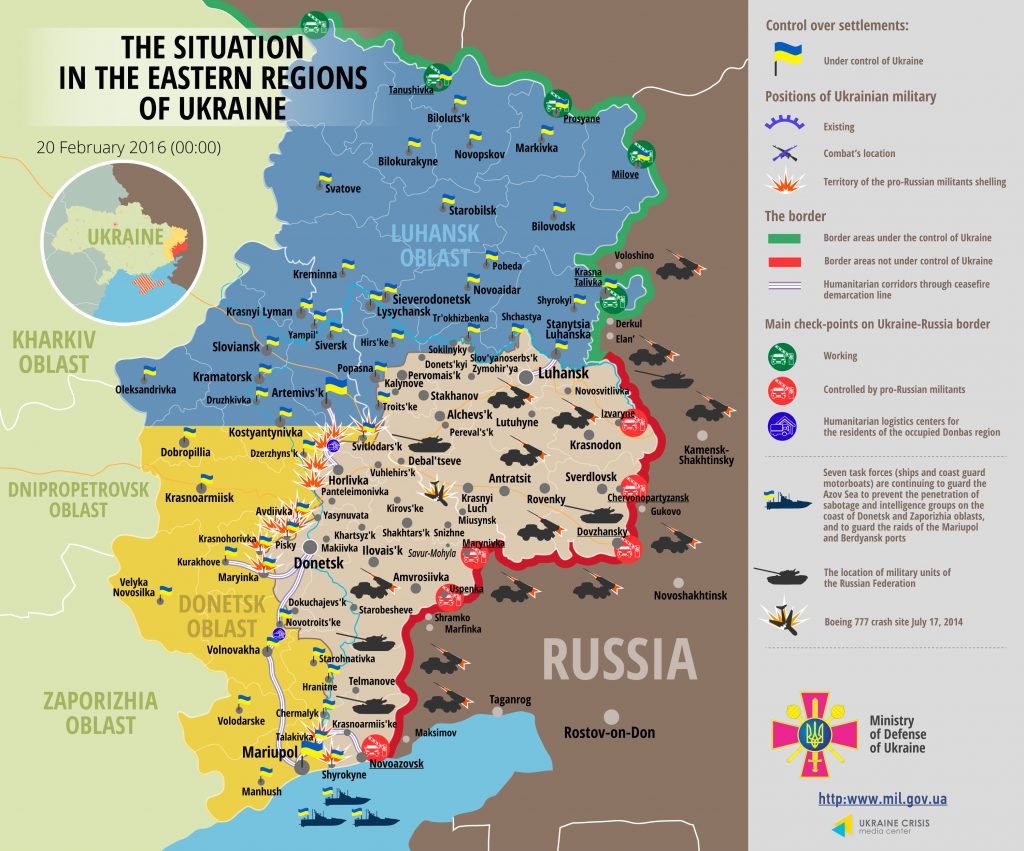 “Militants’ UAVs attacked a military supply depot of Ukrainian Armed Forces near Hrodivka settlement in Donetsk region, dropping phosphorous shells on the night of February 14-15. Fire hazards resulting from the explosions were localized in time with the help of a reserve group,” said Col. Lysenko.

The spokesman also said that the President of Ukraine signed a law envisaging intensified social protection for family members of the heroes killed during the ATO and the Revolution of Dignity. The law guarantees the following welfare: receiving drugs, pharmaceutical products, immunobiological preparations and medical devices on prescription, as well as 50% discount for paying utility services regardless of the joint income of the family.