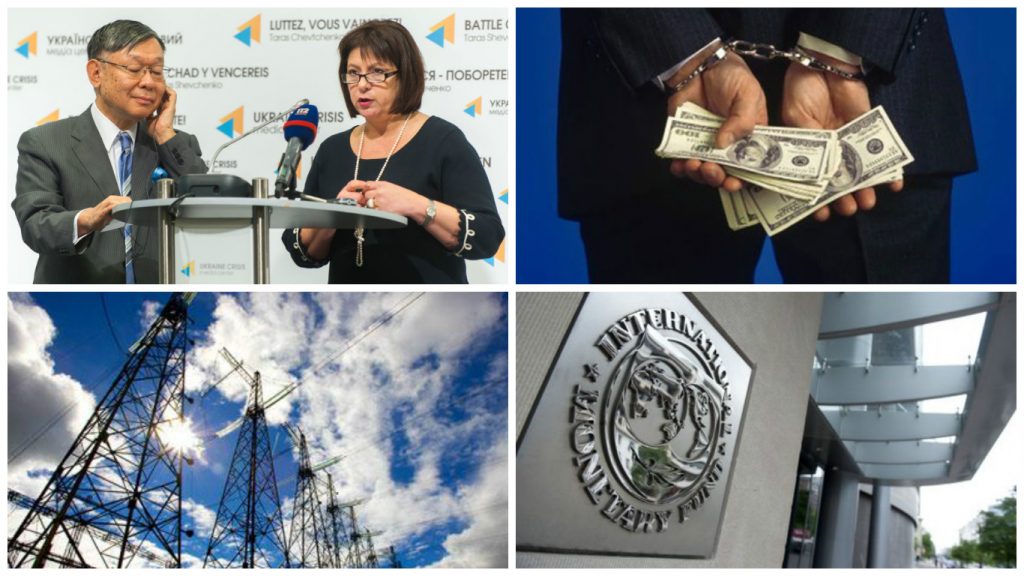 International investors at the end of February announced their intention to invest in construction of a new grain terminal in Ukraine. The government of Japan expressed confidence in the positive changes in Ukraine and said it is going to provide Ukraine a USD 300 million long-term loan on preferential terms. The International Monetary Fund also stated that it is ready to continue cooperation with Ukraine once Kyiv finalizes the government and parliamentary coalition.

Ukraine introduced new rules on the use of mineral resources. The Cabinet of Ministers approved amendments to the procedure of issuing special permits to use mineral resources and hold auctions. Respective provisions of the Cabinet of Ministers (no.594 and no.615) are set to simplify the procedure for extension of special permits; to decrease the number of agencies that can suspend permits as well as foresee explanations and clarifications of accompanying procedures.

The new rules on the use of mineral resources were compiled based on European Union directives. It is expected that the new rules will be clearer for potential investors in Ukraine’s natural resources sector.

The Cabinet of Ministers has sent the draft law “On the electric energy market” for consideration to the Parliament. The document that went through numerous discussions in recent months aims to make the Ukrainian market operate based on the European model. In case it is approved by the Verkhovna Rada (Parliament) consumers will get a chance to choose their own power suppliers. This model will promote de-monopolization and set up a competitive energy market where producers will compete to offer the best price and quality of services.

The Cabinet of Ministers has approved the provision on establishing the State Investigation Bureau as well as the selection commission that will choose the management of the agency. The Bureau is supposed to take up the investigative functions of the prosecutor’s office in accordance with EU standards. It is expected that the State Investigation Bureau will start its work once its management and personnel are chosen.

Over the first two months of the existence of the Specialized Anticorruption Prosecutor’s Office, the first cases were passed by it for court consideration. Ten more cases will soon follow, relating to judges, law enforcement staff and high-level officials.

The National Anticorruption Bureau also reported on its achievements. The head of a university in Zaporizhzhia region was detained while attempting to give a bribe to the Deputy Minister of Education.

The President signed the Law “On privatization of state property”. It is expected that the law will kick start large-scale privatization in Ukraine. The main innovative points introduced by the law include involving professional advisors in selling large enterprises as well as banning participation in auctions by countries recognized as aggressor states by the Ukrainian parliament.

The National Bank sent a clear signal to citizens that the country’s financial health is improving. Ukraine’s National Bank has relieved some administrative restrictions as well as relaxing limits on sums available for daily withdrawal from accounts. It has also doubled the sum, which can be used for purchase of precious metals and foreign currency.