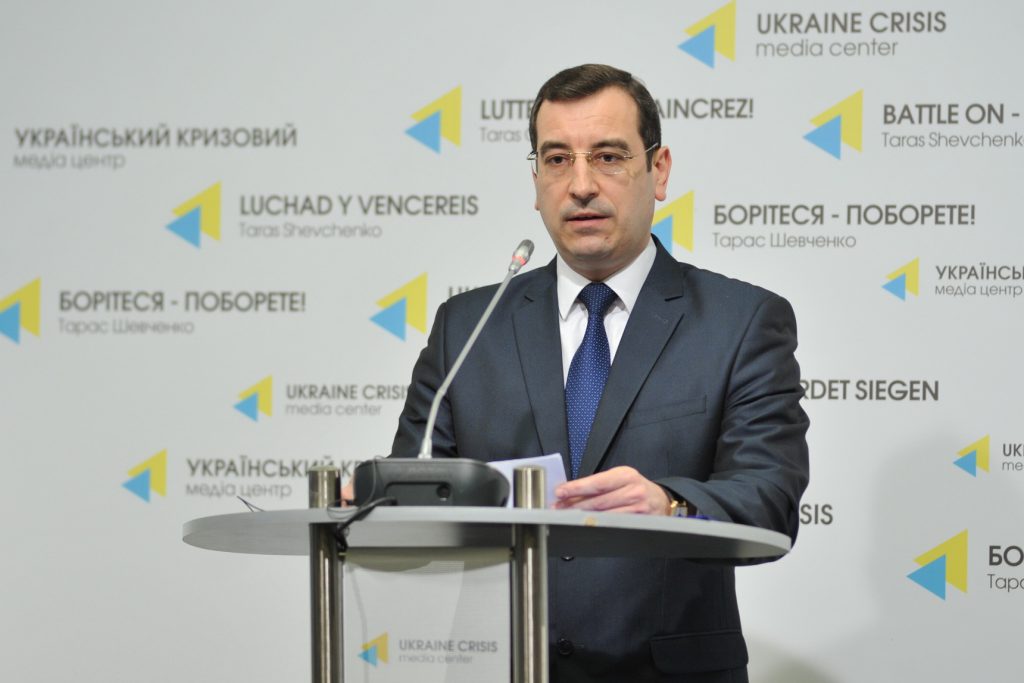 Kyiv, March 11, 2016. Russia-backed militants are in try to expand the territories they control, first of all in the Donetsk sector, particularly in the area of Avdiivka and Yasynuvata. Over the week militant groups made 335 attacks on the positions of Ukrainian troops with the use of 122-mm D-30 howitzers, 82-mm and 120-mm mortars as well as with ZU-23-2 antiaircraft mounts. Highest intensity of attacks was observed in Sloviansk and Donetsk sectors, said Vadym Skibitskyi representative of the Main Intelligence Department of Ukraine’s Defense Ministry at a press briefing at Ukraine Crisis Media Center.

Between March 4 and 10, the military intelligence registered 29 violations of Minsk agreements on the temporary occupied territories that related to withdrawal of weapons and military equipment. Thus 12 violations were registered in the 15-km zone where the use of 100-mm artillery systems and tanks is prohibited. “Forty-two tanks and three mortars have been discovered,” noted Skibitskyi. In the 25-km zone where the use of 100-mm artillery systems is prohibited seven violations were registered. The prohibited weapons, including 37 artillery systems and self-propelled artillery systems, were used. “The 35-km zone is the biggest threat to us,” noted Skibitskyi adding that 10 violations were registered there. “These were 34 Grad multiple rocket launchers in the area of Horlivka, Donetsk, Dokuchayevsk, Markine, Mykolayivka, Molodizhne, Samiylove and Telmanove,” he noted. Intelligence also reports that Grad-K multiple rocket launchers of a new type that are in service only with the Russian Federation Armed Forces have been supplied to Horlivka from the Russian territory.

Vadym Skibitskyi also said that militants restored the pontoon bridge across the Siversky Donetsk river near Kruzhylivka. “Military equipment is being amassed in Rostov region during the day time and at night is being moved to Ukraine’s territory,” explained representative of the Main Intelligence Department.