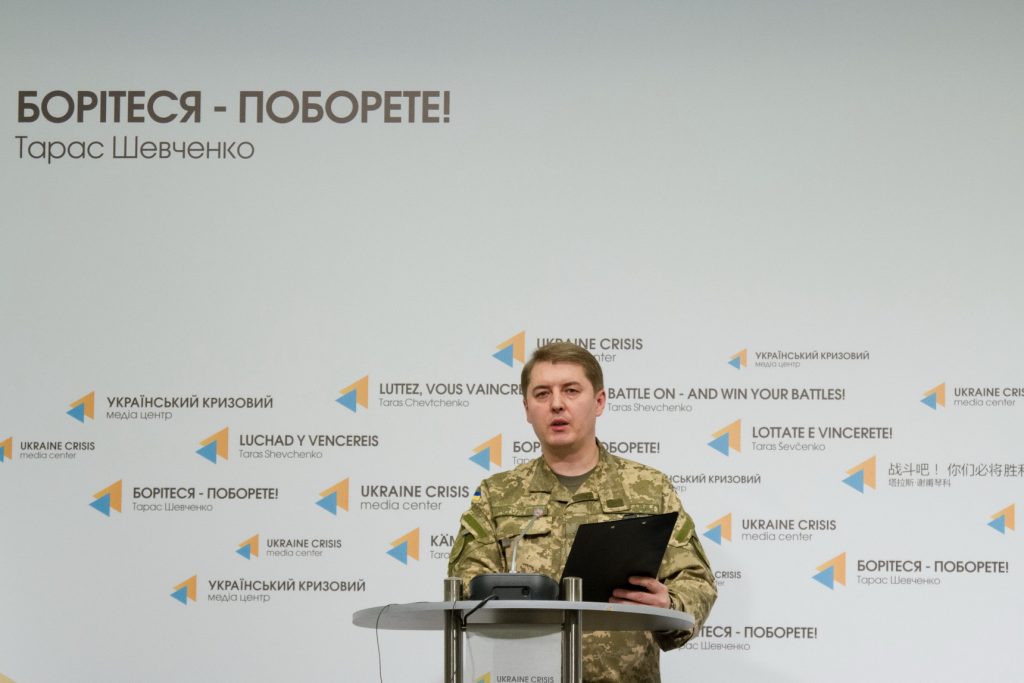 Kyiv, March 20, 2016. No militants’ provocations were registered in the Mariupol sector in the ATO zone yesterday, first time in a long period. Nevertheless, the situation remained restless in the Donetsk sector. Militants’ provocations involving use of mortar launchers, grenade launchers and small arms were observed along the entire contact line, from the Svitlodarsk bulge to Krasnohorivka, most attacks happening during hours of darkness. “The situation was the most difficult near Avdiivka yesterday. Hostile attacks started in the morning and lasted till late night with pauses. Russia-backed militant groups open artillery fire round midnight, launching six 152-mm mortar shells at ATO troops in the area,” said spokesman ofPresidential Administration on ATO-related issues Colonel OleksandrMotuzyanyk at a press briefing at Ukraine Crisis Media Center. Russia-backed militant groups violated the ceasefire once in the Luhansk sector, where a sniper shelled ATO troops’ positions in the vicinity of Triokhizbenka. 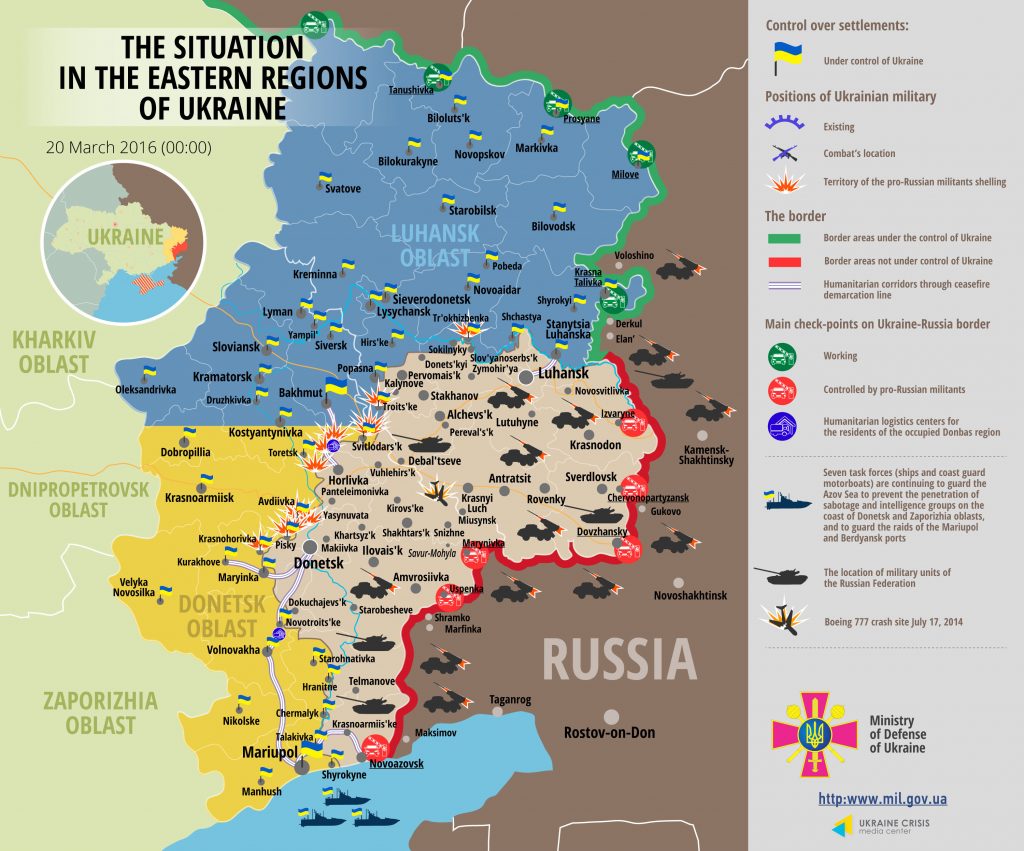 “One Ukrainian serviceman was wounded yesterday as a result of tripping a mine in Bakhmutskyi district,” informed Col. Motuzyanyk. According to the Ukrainian intelligence, on March 18-19 militants incurred considerable losses – six killed and 11 heavily wounded. “There is a serviceman of the Armed Forces of the Russian Federation Yevgeniy Aleksandrovich Serdiuk, born in 1986, among the wounded,” added the spokesman.

According to the Chief Intelligence Directorate of the Ministry of Defense of Ukraine, a powerful computer appliance was brought to Donetsk for the purposes of limiting online access of inhabitants of temporarily occupied territories to Ukrainian mass media, in order to hold cyber attacks making it impossible to access such internet resources. “Colonel of the Armed Forces of the Russian Federation Sergey Mikhailovih Fedchenko is personally responsible for holding similar acts of cyber terrorism,” said Col. Motuzyanyk. Moreover, according to the recent intelligence, “artificial interruption of water supply to the inhabitatns of the temporarily occupied territories in Luhansk region has been planned as a part of Russian information campaign on discrediting members of OSCE Special Monitoring Mission to blame the SMM observers for ignoring humanitarian problems”. “Mayor of the Armed Forces of the Russian Federation Dmitriy Vladimirovich Fedin is personally responsible for organization of the said action and spreading information on the occupied territories,” added the spokesman.

Law enforcements detained an informant of self-proclaimed ‘Donetsk People’s Republic’ in Avdiivka, who was trying to cross the demarcation line illegally. “It has been identified that the occupants recruited the man this month to spy on Ukrainian positions in the vicinity of Avdiivka,” said the spokesman. A former militant was detained in Kramatorsk. In spring and summer 2014 he was keeping watch at checkpoints of Russia-backed militant groups. Following the advance of Ukrainian troops, he fled the ranks of the militants and was hiding from law enforcements. Moreover, according to Col. Motuzyanyk, law enforcement officers found six cases of illegal possession of arms and ammunition in the past 24 hours in Donetsk region. “Grenades of various systems, three mortar shells, a short rifle, large  number of ammunition and much more were confiscated,” said Col. Motuzyanyk.