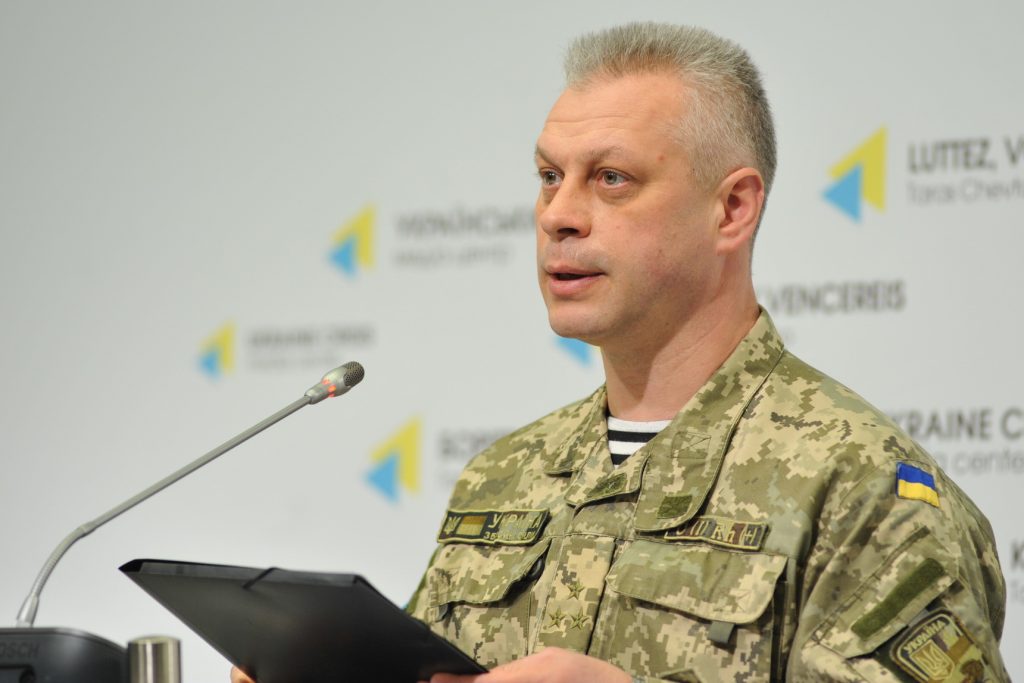 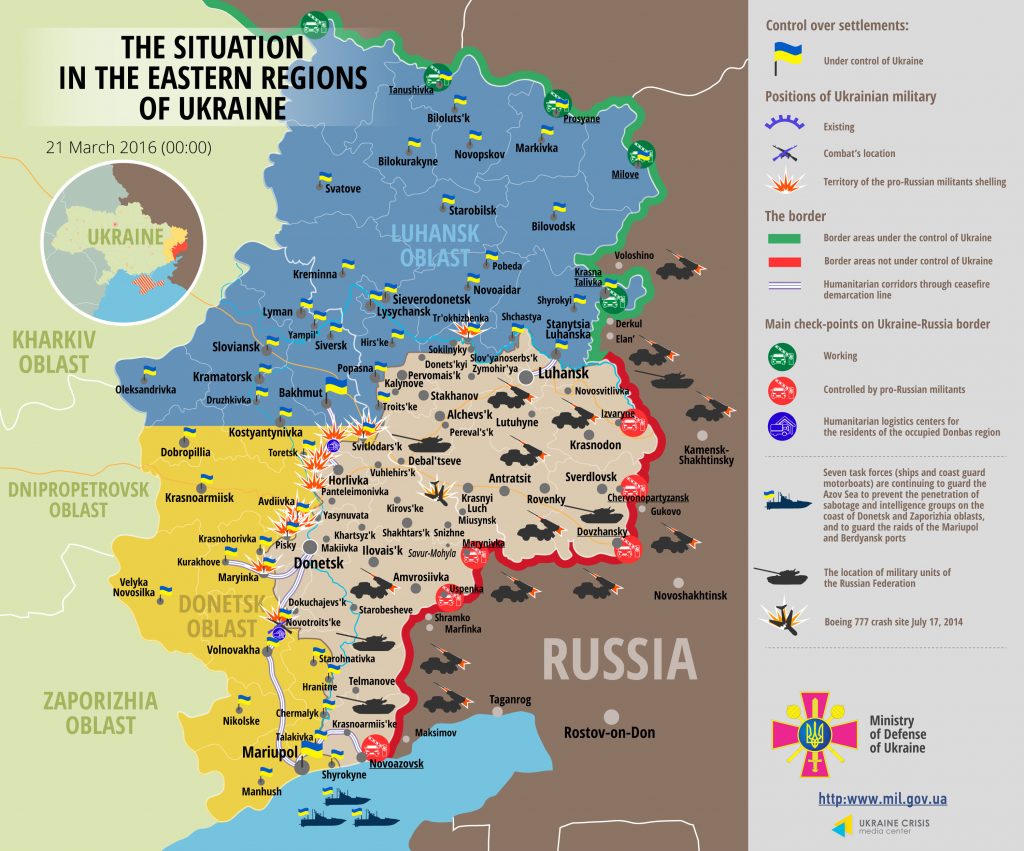 Two Ukrainian servicemen died in the ATO zone yesterday and two were wounded. “For instance, two soldiers going by truck died as a result of tripping a mine and two more were injured in a shelling near Luhanske and Avdiivka. Moreover, a serviceman of the Armed Forces of Ukraine died two days ago in a local hospital of New Haven (Connecticut, USA). He was heavily wounded in November 2014 in Shchastia, Luhansk region,” informed the spokesman.

Col. Lysenko said that a truck carrying humanitarian aid of almost three tons of baby food proceeded through Zaitseve checkpoint yesterday. The freight from a charity fund is destined for Donetsk.