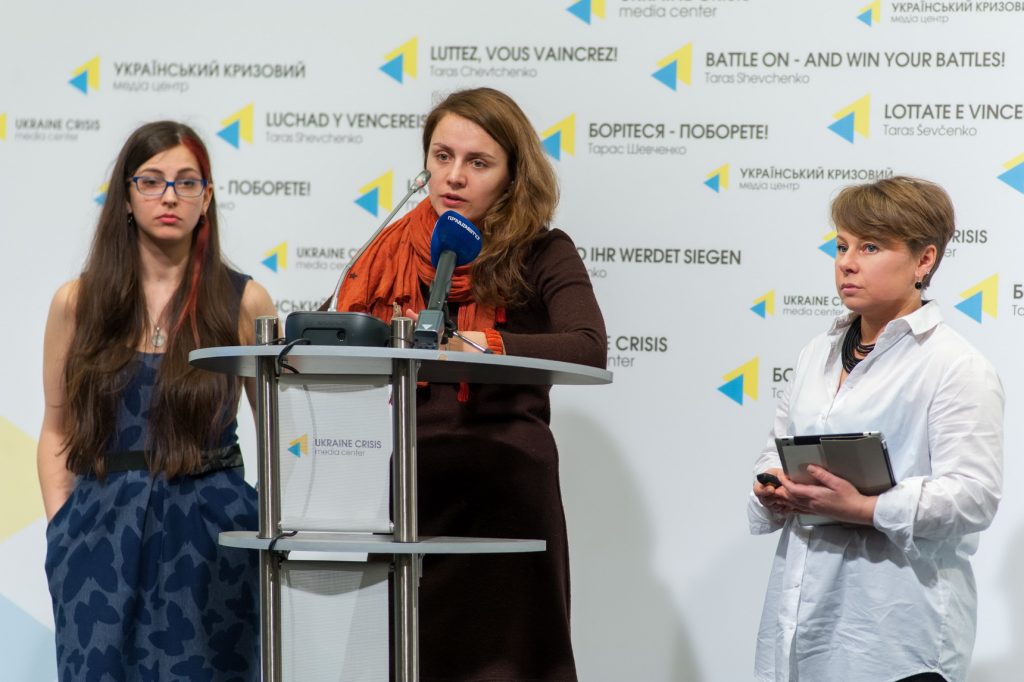 Kyiv, 21 March 2016. On March 21, at 6p.m., the second “Portrait of a Soldier” exhibition will start at the Central House of Officers in Kyiv. The author, journalist and photographer Vika Yasynska will present 39 works. “The concept that formed the basis of the project is a desire to show the full spectrum of our guys, the heroes of the present war, from ordinary laborers to entrepreneurs,” said Vika Yasynska. One of the heroes of the project, Volodymyr Kyian, was tragically killed.

The journalist recorded interviews with more than 100 soldiers for almost two years. The author says that it is very difficult to find place for everything in the exhibition. She noted that it was hard to choose, and it does not mean that someone is better or worse. “In most cases, I tried to combine visuals and quotes from the interview which were supported by the photos. Many people have similar thoughts and I did not want them to repeat,” explained Vika Yasynska.

According to the journalist, all military service people have different stories, but despite this, they have a common idea – to protect something. This is their native land, family and friends. That is, these people are motivated and their stories are worth telling. “A motivated person can do a lot,” says Ms. Yasynska.  In addition, Ms. Yasynska noted that it would be great if children visited the exhibition. “After all, most heroes have children and, moreover, almost everyone who I interviewed, used the word ‘child’, even those who do not have children, they care about their future. And so, for them this compulsory or sometimes noncompulsory involvement in war is, above all, about children and the future,” emphasized Ms. Yasynska.

According to Olena Mas, curator of the project, the exhibition will run until April 18. After that, it will visit more than 20 Ukrainian cities, including Poltava, Dnipropetrovsk, Kryvyi Rih, Zaporizhia, Mariupol, Ternopil, Ivano-Frankivsk, Mykolayiv, Kherson and Odesa. In addition, they will visit the fighters’ hometowns. The tour will finish in Kyiv again in autumn. However, this is not the final list of cities, it will expand, organizers say.

Ms. Yasynska also reported that the previous exhibition “Portrait of a Soldier”, which was held in July 2015 and consisted of 29 works, also went on show in the United States. Abroad, the project received a great response, so now it will travel around Europe, said the author.