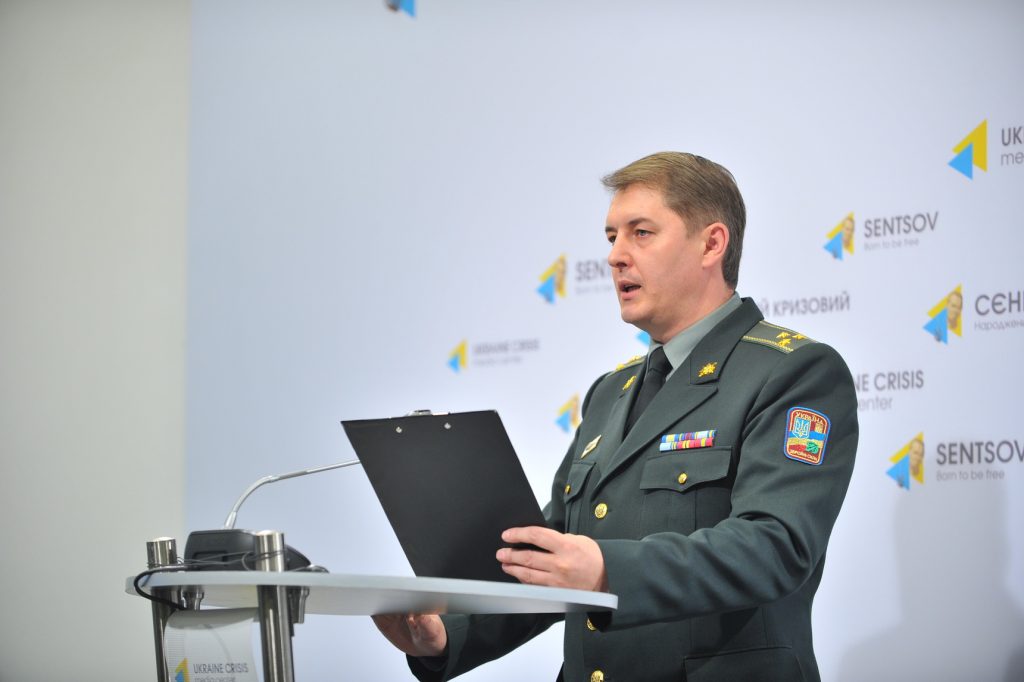 Kyiv, March 22, 2016. Over the past day no casualties were recorded among Ukrainian military arising from combat operations in the ATO zone. Three persons were injured when their BMP-2 was blown up by a landmine. In Donetsk area, militants fired 21 times at ATO forces. “Our positions were fired two times with mortars in Luhansk and Avdiyivka and three times by snipers of illegal armed groups in Mayorsk, Leninske, and Nevelsk. As a whole, low intensity combat operations persist on all fronts, mostly in the second half of the day,” informed Oleksandr Motuzyanyk, Presidential Administration spokesperson on ATO related issues during a press briefing at Ukraine Crisis Media Center. 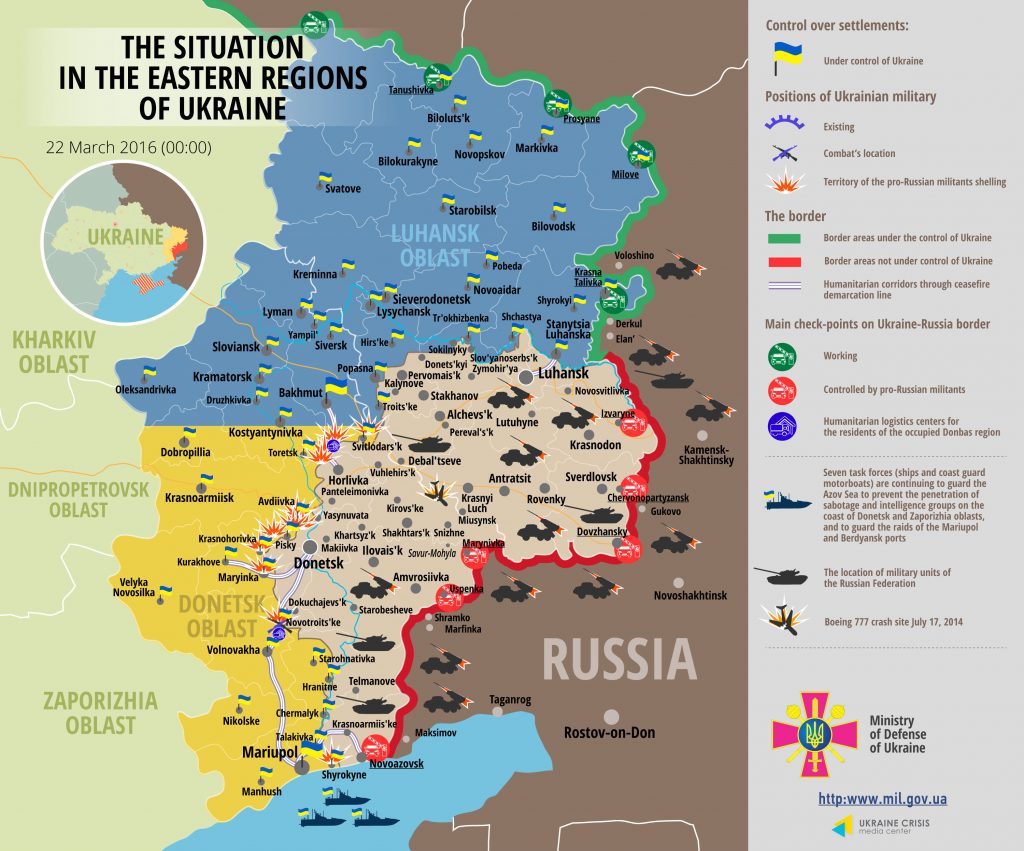 Over the past days it was quiet in Luhansk area. There were six attacks by militants and one firefight during the past day in Mariupol area. “Yesterday morning Ukrainian troops repelled an attack by a secret subversive group consisting of up to 10 militants. The incident took place between Novotroyitske and Dokuchayevsk,” explained Oleksandr Motuzyanyk. He noted that militants subsequently made a series of attacks on this section of the front. Illegal armed groups also violated the ceasefire in Maryinka and Shyrokyne.

“It should be recalled that the last week was extremely restless in the ATO zone. The enemy actively used heavy weapons – mortars, large-caliber cannons, armored vehicles, including tanks. Svetlodarsk arc and Avdiyivka were the two hottest flash-points of the conflict, where the occupiers tried to fix the front line in their favor,” noted the Presidential Administration spokesperson on ATO related issues. He added that over the week at least 10 advancing militants were killed and 40 injured in the vicinity of Avdiyivka. “The week before the militants suffered even greater losses near Avdiyivka: more than 20 persons were killed, and more than 70 injured,” said Colonel Motuzyanyk. The Defence Intelligence informs that due to such losses “three days ago seven militants from the so-called “11th separate motorized infantry regiment” of the “DPR” deserted from the area of Avdiyivka. When one of the deserters tried to surrender himself to the ATO forces, he was killed by a Russian officer,” the spokesperson on ATO related issues commented.

In Luhansk region, police detained an inhabitant of Lysychansk who from April 2015 till now was an informant of militants of the so-called “LPR”. “Following militia instructions he gathered information about vehicles, personnel and movement of Ukrainian military units,” noted Colonel Motuzyanyk. He also informed that near Tryohizbenka in Luhansk region the police found another cache of weapons. “They removed six MON-90 landmines, RPG-26 grenade launcher, 500 g of TNT, 30 VOG-25 grenades for a grenade launcher, two rounds for a grenade launcher, seven MD-5 detonators and a large amount of ammunition of various calibres,” informed the spokesperson on ATO related issues.