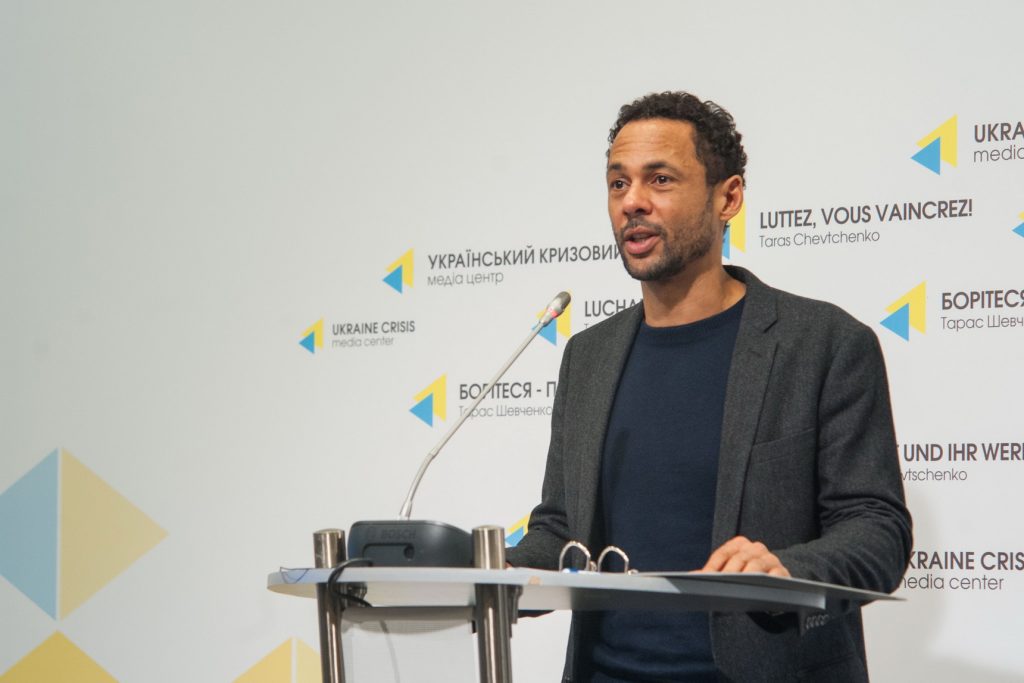 According to him, the public can perform a number of tasks in this process. NGOs can be the first in collecting evidence of violations for further transmission of such information to the competent authorities. “This guide will be useful to those organizations that are currently collaborating with the International Criminal Court,” said Mr. Jordash. However, the public can also go beyond collecting information and commence investigating offenses. For this purpose the handbook provides a number of basic principles of investigation. Among them the basic principles “do no harm”, the need to uphold integrity and protecting physical evidence were highlighted as being important to Ukrainian law enforcement.

According to Oleksandr Pavlichenko, Deputy Director of Kharkiv Advocacy Group, Head of Ukrainian Helsinki Human Rights Union (UHHRU) Board, this handbook is particularly important for social activists who do not have legal knowledge and are not engaged in legal work. He said that the Coalition of civic initiatives “Justice for Peace in Donbas” recently produced a report “Those who lived through hell.” They collected 162 testimonies of war victims in eastern Ukraine. They plan to present it at the UN General Assembly. “This is a recognized document with a solid evidence base. But this is only the first stage, which requires that the public focus efforts and develop common standards,” said Mr. Pavlichenko. He is convinced that this handbook is a step forward for Ukraine in the investigation of crimes against Maidan, the annexation of Crimea and Russian military aggression in Donbas.