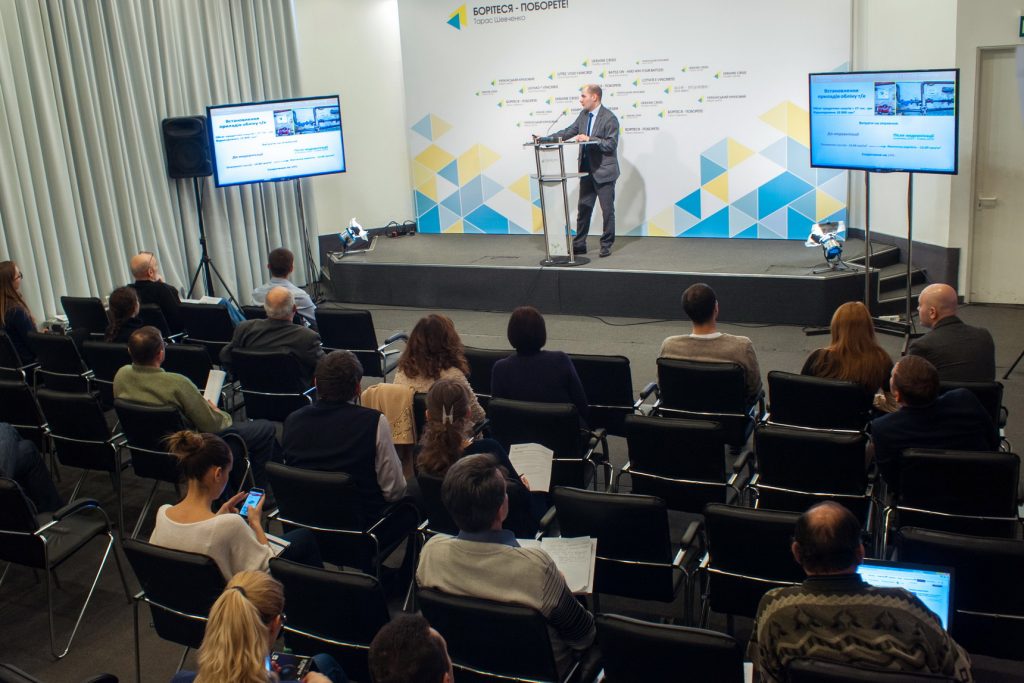 Kyiv, March 22, 2016. According to estimates of various international organizations, it is possible to reduce 50-60% of heating energy outlays due to saving and implementing energy efficiency measures in residential houses. This was stated by Tetyana Boiko, coordinator of housing and utilities programs, civil network OPORA, at a press briefing at Ukraine Crisis Media Center. Apartment owners bear the responsibility for energy saving in apartment buildings, though they do not always realize it and the only legal form that allows for energy efficiency measures is condominium associations.

According to Roman Maretskiy, now changes are being prepared to support improvements in energy efficiency. In particular, it is planned to continue the program for 2017-2018; to expand the list of banks providing energy saving loans; to expand a mechanism of state support to regulators and energy service companies , etc.

Bogdan Gorobchuk, Communication Manager, civil network “OPORA,” informed that they conducted a survey of 51 condominium associations on energy saving measures in buildings. Among the measures provided by the state program the vast majority of respondents are interested in heat insulating and modernization of walls, basements, attics, roofs and foundations. “That is, more than half of respondents would like, or at least would consider such a measure to be taken for their houses,” noted the communications manager of the civil network OPORA. He added that the most popular measures taken over the last 5 years were:  modernization of lighting systems, installation of doors for public spaces, installation of water metering units, heat insulation works.