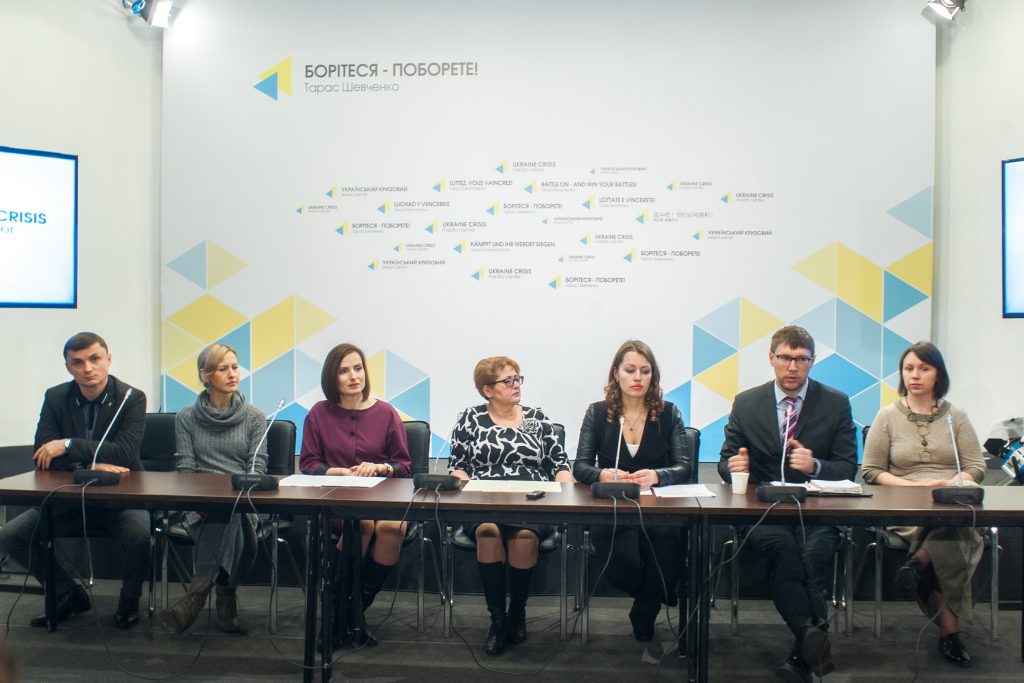 Kyiv, March 24, 2016. During a discussion at Ukraine Media Crisis Center the public and experts declared that it is unacceptable to return advertising of alcohol, including beer, on radio and television and at points of sale. According to Yulia Solokha, expert of the Reanimation Package of Reforms, coordinator of NGO coalition “For sober Ukraine”, deputies of the Verkhovna Rada committee on taxation and customs policy and lobbyists of major beer producers are trying to “push” draft law 2971-d.  It proposes to allow breweries to advertise their products 24 hours a day without any restrictions. And members of the Parliamentary tax committee supported the draft law in the second reading. As Ms. Solokha noted, the point is that beer producers begin losing customers within these restrictions on advertising. “This means that people begin to drink less beer. These legislative measures, adopted in Ukraine, have produced an effect and have positive results,” said the expert.

Since July 1 this year, all beverages containing alcohol in an amount of more than 0.5%, have been considered alcoholic. This rule applies to beer. This means that beer comes within the provisions of the law and it can be advertised only from 11p.m. to 6a.m., said Taras Shevchenko, Director of the NGO “Institute of Media Law”. However, sponsorship is allowed 24 hours a day. It is under the guise of sponsorship that alcohol companies continue to promote their products, often breaking this rule and turning it into advertising. “In fact, we see the same advertisements. In form it is advertising, but legally they try to convince us that that it is not advertising, it is only sponsorship,” explained Mr. Shevchenko. In addition, according to him, the key body to monitor advertising on television should be the National Council for Radio and Television, and not a body which is responsible for consumer protection. Moreover, fines must be significant and tangible for companies so that they heed them, the expert added. “It turns out that we have toothless state authorities who are supposed to control the situation. Not motivated or motivated, perhaps, by a different party. In a situation where a reasonable law, a compromise that was possible before, does not work […] it is necessary to insist on a complete ban not only on advertising, but also on sponsorship in the daytime if the industry cannot follow the agreed rules,” said Mr. Shevchenko.

According to MP Mykhailo Holovko, in Parliament there is a “powerful alcohol lobby”, which united with manufacturers and media workers who lose money through advertising restrictions to “push” the return of alcohol advertising. He cited statistics that Ukraine consumes 16.5 liters per capita per annum which proves that Ukraine is one of the world leaders in alcohol consumption. “Alcohol consumption inflicts great damage and harm to the economy. And it is absurd when manufacturers say that “you are killing our industry, taking away jobs […], in fact, all this is cynicism and lies, because every hryvnia earned from alcohol causes at least a hundred hryvnia of losses,” stressed Mr. Holovko.

Minister of Health of Ukraine Alexander Kvitashvili commented that there is no country which is exempt from restrictions on advertising alcoholic beverages in terms of time qualifications. It is also strange that beer does not belong to the category of “alcoholic” beverages, the minister is convinced. There are many lobbyists in this area who influence the situation in the country, including the “comrades who produce so-called balsams of herbs that supposedly are curative, though of 18 degrees of alcohol.” On the one hand, notes Alexander Kvitashvili, advertising is a revenue source for TV channels and the media be independent. “We should find the right model where a general ban on advertising beer isn’t implemented to the detriment of freedom of speech. On the other hand, advertising alcoholic beverages at 9 – 11 o’clock in the morning, when children are going to school, is impermissible,” the Minister of Health of Ukraine stated.

According to Natalia Grytsiuta, Professor of Advertising and Public Relations at the Institute of Journalism, Taras Shevchenko Kyiv National University, Doctor of Science in Social Communications, television is a powerful tool of influence on the minds, and producers of alcoholic beverages are using it as a marketing tool. “It is precisely these brands that first and foremost make wide use of ethnic and national motifs and archetypes and consequently influence very actively on the subconscious […]. Appeals to national consciousness and patriotism through advertising alcoholic brands is simply absurd. But this is what we see,” emphasized Natalia Grytsiuta. She added that experts are outraged at the way alcohol brands are acting as it especially influences the subconscious of young people.

Just because advertising has a great impact on children and young people it is very dangerous to lift restrictions on the advertising of beer and any other type of alcohol, says Natalia Prostun, child psychologist, psychotherapist. Because continuous and intrusive advertising of alcoholic beverages is harmful to children; it creates a tolerance to alcohol. “If we visit a kindergarten and ask the children which beer they know, they will tell us. It pains us to hear this. They hear advertising, which has a great influence on their minds, and they believe it,” explained Natalia Prostun. Children from socially vulnerable groups are particularly sensitive to alcohol advertising, as are children with attention deficit disorder and other issues. Alcohol is advertised as “beautiful pictures, a way to be happy.”

On March 15, 2016, a report “Health and Behavioral orientation of students» appeared on the site of the World Health Organization, which states that the rate of beer and soft drink consumption by Ukrainian adolescents aged 15  has declined, informed Iryna Goriacheva, senior lecturer at the National Medical Academy of postgraduate education.

According to her, previously Ukraine ranked 2nd among European countries in terms of beer consumption by children, now we have moved to double-digit ranking. “The survey, which was conducted in Ukraine by the Ukrainian Institute of Social Studies named after Olexander Yaremenko, revealed shocking statistics: more than 15% of respondents drank alcohol at the age of 11 or younger. The most popular drink among students was beer. 21% of respondents drink it at least once a week,” informed Iryna Goriacheva. Against the backdrop of economic crisis and the measures taken by Ukraine at the legislative level, such as raising excise taxes, ban on advertising, breweries began to lose customers and profits. That is why during the past six months they do everything possible in order to regain the most effective tool of “hooking” youth – advertising, she noted. “Alcohol companies and television are fighting for profits, while our main objective is to fight for a healthy nation and for healthy children,” stressed designer Olesya Telizhenko.