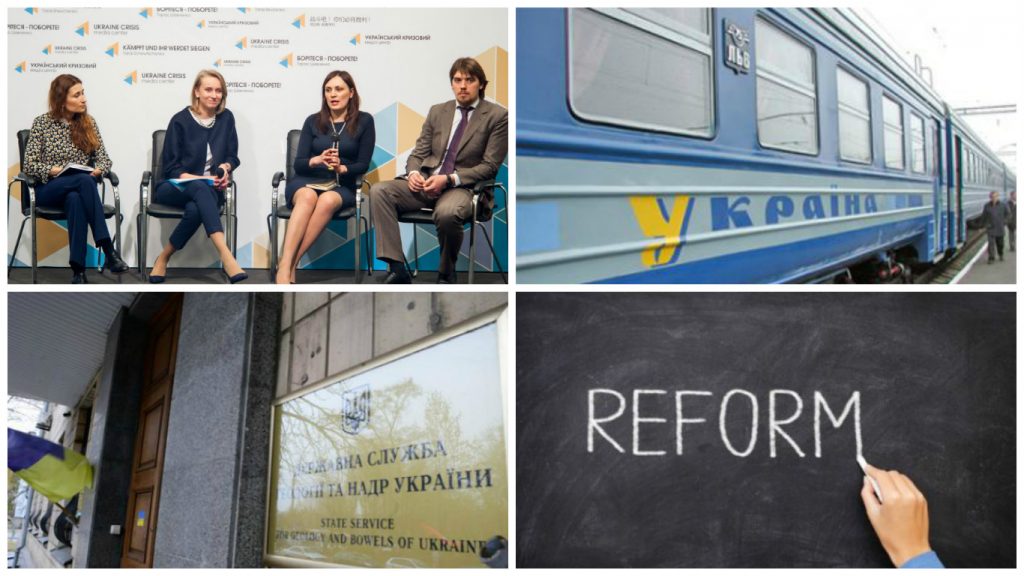 The Ukrainian economy is showing “green shoots” of recovery. The Industrial Production Index has grown for the first time in the last three years, rising 7.6 percent in comparison with February 2015. State-owned companies have improved their work efficiency: in 2015 the top 17 state-owned companies generated a profit of UAH 2.6 billion, almost UAH 10 billion higher than in 2014 (when losses constituted almost UAH 7.5 billion). The total income of the companies with a state-owned share constituted UAH 11 billion in 2015, 56 percent more than in the previous year. This comes as a result of the changes introduced over 2015 that include anticorruption efforts, increased transparency, and implementation of best managerial practices in the state sector. To keep the positive trend going the Parliament has to approve another series of laws. However it will become possible only after the political crisis is resolved.

Principles of transparency and fair competition are now the foundation of Ukraine’s natural resources policy. Following almost nine-month discussions the Cabinet of Ministers of Ukraine approved new rules for issuing permissions for the use of mineral resources. Main innovations include open auctions, clear deadlines for approval from local authorities as well as requirements to disclose final beneficiaries.

The approach has proven to be efficient: the first auction that Derzhgeonadr (State Service for Geology and Mineral Resources) conducted in 2016 saw an increased bid starting price of UAH 12.5 million (up from UAH 9.5 million). Three previous auctions in 2015 conducted in a similar way contributed almost UAH 45 million to the state budget, 3.7 times more than the declared bid starting price. It is expected that the new approach will decrease corruption risks in the area of mineral resources extraction as well as increase the investment attractiveness of the sector.

Ukrainian railways operator “Ukrzaliznytsia PJSC” has said it is ready to combat internal corruption, as the company will have a new compliance office in its structure. The unit is to be directly subordinated to the board of directors will deal with identification and combating acts of corruption and abuses by Ukrzaliznytsia employees and contractors. Foreign experts will be involved in setting up the office.

Meanwhile the judicial system is gradually starting to combat corruption at a high level. A court tasked the National Anticorruption Bureau to investigate abuses in the State Fiscal Service. The case in question is about the alleged non-payment of a UAH 10.4 billion tax debt by Ukrnafta and the seeming incapability of the State Fiscal Service to enforce payment of the debt.