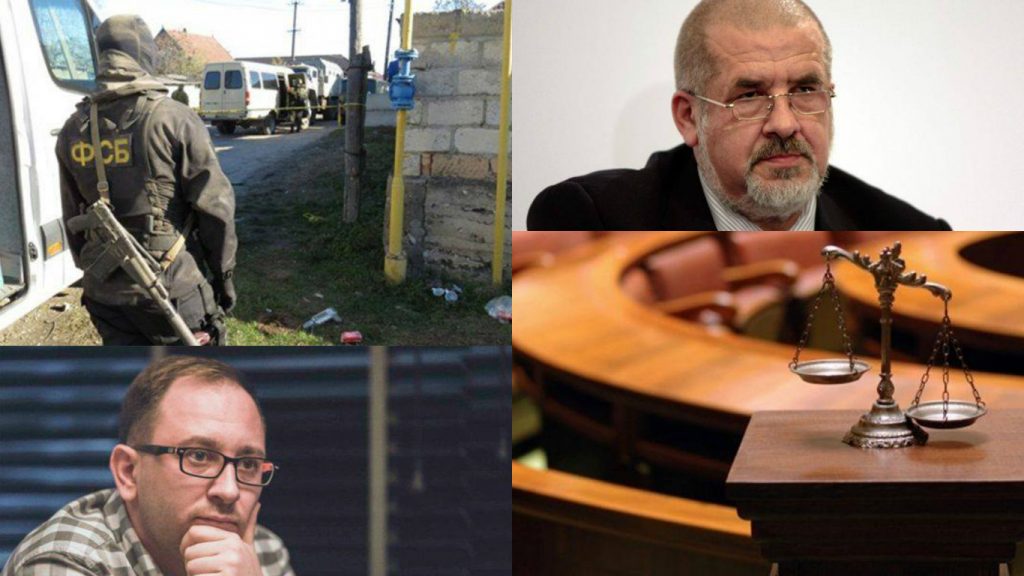 – Mass searches of Crimean Tatars’ homes have been underway in Crimea since February. Some of Crimean Tatars have been detained or summoned for questioning. The occupation authorities cite Crimean Tatars’ possible linkage to ‘extremist groups’ as a reason for conducting the searches.
– International observers have recorded a large number of human rights violations, including lack of freedom of speech and expression, as well as surveillance and harassment of opponents of the occupation regime.

– Mejlis offices in Kiev and Kherson will soon be followed by another one – this time in Brussels.

– Facing an entry ban or arrest, 8 Mejlis members were forced to leave Crimea for mainland Ukraine following the peninsula’s annexation. As few as 4 Mejlis members agreed to cooperate with the occupation authorities.

– The Mejlis’ main goal is re-integration of Crimea into Ukraine and reunitement of all of its members.

– Today, the Crimean Tatars are the only organized force that did not recognize annexation of Crimea. That is precisely why they are being harassed by the occupation authorities, with searches, arrests and court trials having become part of their daily lives in Crimea.

Defendants in ‘February 26’ case not brought to court again

– Held on March 29, a hearing in the ‘February 26’ case took place via videoconference because the defendants were not brought to the courtroom. Most likely, Akhtem Chiygoz, Ali Asanov and Mustafa Degermendzhi were not taken to the courtroom because of a statement made by Chiygoz at a previous hearing. That is why the defense requested that the hearing be rescheduled for the following day.

– The court will convene again to hear an appeal against Judge Galina Redko’s illegal decision to extend detention of Akhtem Chiygoz, Ali Asanov and Mustafa Degermendzhi on April 6.

– The court set April 7 to hear an appeal against Crimea’s Supreme Court’s decision to extend detention of all defendants in the ‘February 26’ case until April 11 for.

– Charged with staging mass riots outside the Crimean Parliament on February 26, 2014, Akhtem Chiygoz, Ali Asanov and Mustafa Degermendzhi have been held in pre-trial custody for more than a year. Back then, thousands of Crimean Tatars gathered for a rally in support of Ukraine’s territorial integrity.

– Another hearing in the case of Andrey Kolomiets, a Ukrainian accused of attempted murder of two former Berkut police officers during the Revolution of Dignity in Kiev, took place in Simferopol on March 30.

– Kolomiets’ lawyer told the court about his client being tortured after the arrest. His words were backed up by a defense witness’s testimony, who reported seeing torture marks on Kolomiets’ body.

– The lawyer also pointed out evidence tampering, claiming that Berkut police officers did not have their injuries recorded but were simply diagnosed with pain symptoms.

– The next hearing is due to take place on April 8.

– After being improperly arrested in Russia’s Kabardino-Balkaria region on May 15, 2015, Andrey Kolomiyets was taken to Crimea where he has been held in Simferopol’s pre-trial detention center since August 13, 2015.

– Masked men detained 35 visitors of the Baghdad cafe in the village of Pionerskoye of Crimea’s Simferopol region. Interestingly, only Crimean Tatars were placed under arrest, while people of other nationalities were immediately released.

– Without showing any IDs, the masked gunmen made everyone face the wall and began to search and check the Crimean Tatars for drug intoxication (visual inspection), breaking and burning several of the café’s sofas in the process. They also searched the visitors’ cars. While detaining the Crimean Tatars, the men were issuing verbal threats, using obscene language and trying to start a fight.

– All those detained were escorted into a Bogdan bus and taken to an ant-extremism center for a so-called ‘preventative talk’. The center’s personnel kept humiliating the Crimean Tatars all the time they were there. After being held in custody for 4 hours, during which time they were photographed, interrogated, had their fingerprints and DNA samples taken, and pressured into becoming informers, the Crimean Tatars were eventually released.

– Before being released, the detained signed all the papers, including a statement of no claims.

– The Crimean Tatars, whose rights were violated in the attack, are now writing complaints and constructing a facial composite of the attackers. They want the authorities to provide them with official explanation for what has happened.

– At of now, four complaints, written by those detained at Simferopol’s central market, have been filed with a court against the personnel of the anti-extremism center. Hundreds of people had their fingerprints and DNA samples taken back then. Despite hundreds of formal replies differently ranked police officers have come up with so far, there has been some progress in the investigation.