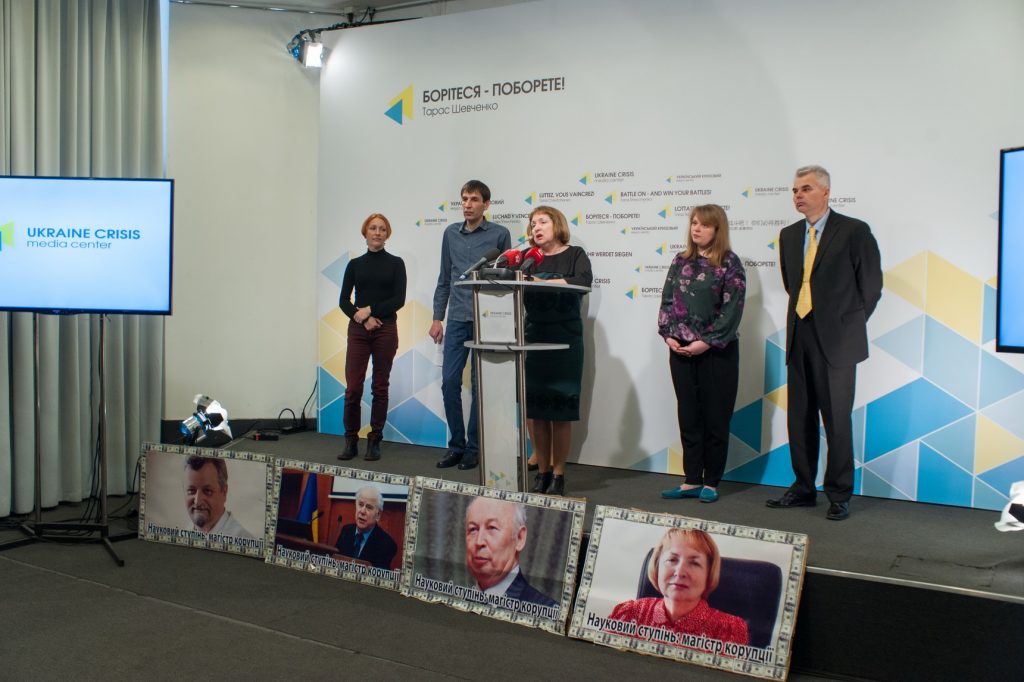 Kyiv, April 7, 2016. Academy of Medical Sciences, namely the Hromashevsky Institute of Epidemiology and Infectious Diseases, is going to procure less effective medicine to treat hepatitis C. Respective announcement and tender documentation are on the public procurement web site. Expected procurement cost is UAH 39.3 million. “Sofosbuvir – modern medicine for hepatitis C treatment is registered in the country, instead procured is the outdated pegylated interferon. Its price allows supplying the medicine to only 250 persons. Should the choice have been made for sofosbuvir, 500 persons infected with hepatitis C could have been treated,” said Vitaliy Tkachuk, representative of the charity organization “All-Ukrainian Network of People Living with HIV/AIDS” at a press briefing at Ukraine Crisis Media Center.

Tkachuk emphasized that sofosbuvir is a new technology that enables to cure a patient in three months without side effects. While pegylated interferon is an outdated technology, it requires six-month treatment and has side effects. Tkachuk explained that efficiency of sofosbuvir has been proved internationally and is twice higher compared to other medicine. “If a person undergoing treatment with pegylated interferon is likely to get cured from hepatitis C with 40 percent probability only, a person taking sofosbuvir has a 90 percent guarantee to get a positive result,” he emphasized. Tentative cost of an interferon treatment course is about UAH 148 thousand. While a similar course that includes medicine containing sofosbuvir as an active ingredient costs around UAH 70 thousand.

For now access to treatment of patients with hepatitis C is limited. The tender announced by the Academy of Medical Sciences for procurement of medicine to treat hepatitis C does not include sofosbuvir. “It is now registered in Ukraine as part of several trade names. The active ingredient is registered and is in the list of medicine available for procurement,” noted Olena Shcherban, lawyer at the Anticorruption Action Center. It means there are no obstacles to procurement of this medicine. At the same time market of the medicine used to treat hepatitis C in Ukraine is limited, noted Shcherban. It happens because of commercial interests. “Each year public procurement tenders are won by the same companies affiliated to pharmaceutical tycoon Bahriy. We are of the opinion that the fact that the newest medicine, that is twice cheaper, is not being purchased today, can be an element of such lobbying. We understand that if the medicine is announced for procurement the money will go to other companies,” explained the lawyer of the Anticorruption Action Center. The tender has just been announced and there is still an opportunity to introduce the medicine to the list of drugs being procured, says Shcherban. “Documentation needs to be amended and procurement needs to be postponed for seven days or it needs to be cancelled and re-announced. It is not going to have any legal consequences or problems,” the lawyer explains. In such a way patients who now have to purchase the medicine at their own cost will be guaranteed their right to access the medicine.

Natalia Kovnir completed a 12-week treatment course for hepatitis C with modern medicine in March. “As to the side effects they exist but they are not so difficult and one may cope with them. I am going through regeneration for a month, my body is adapting to the new conditions without ‘chemicals’ quickly enough,” she said. Vira Varyha has been also cured from hepatitis C but her treatment lasted for a year. “This state that lasted for 12 months is similar to complete weakness, low energy with collateral effects constantly adding to it. I had to stay in bed all weekends because on Friday I was having a PegIntron injection in order to at least have some energy to get to work on Monday,” says Varyha. At the same time there is a constant need for diagnosing and treating diseases that appear during the treatment of hepatitis C. “I have a question to the people who make a decision to procure the medicine twice more expensive for twice less number of persons – what is your right to leave the people suffering so hard while there is alternative treatment? […] Where after all is your heart – in the pocket, in the wallet with dollar bills?” the patient asks.

Viktoria Zadorozhna, Director of the Hromashevsky Institute of Epidemiology and Infectious Diseases reported that the institute launched the program for treatment of hepatitis C in 2013. About 800 patients have been treated since then. According to Zadorozhna each drug has its side effects and each person goes through the treatment in an individual way. She noted that last year the sofosbuvir-containing medicine was received as humanitarian assistance, later the institute initiated introduction of the medicine to the patients treatment protocol. “Unfortunately the sofosbuvir-containing medicine was registered last year, almost in the end of the year. When we were provided the money and when the program passport was established the medicine in question was not in the price registry of the Healthcare Ministry. When we were announcing the tender the medicine was still not in the registry,” explained the director of the Hromashevsky Institute of Epidemiology and Infectious Diseases. Currently one drug is already in the price registry, it appeared in the end of March, Zadorozhna says. According to her in the view of the price for the medicine in question and the money that can be spent for treatment of one patient following either an old or a new scheme the overall treatment cost is the same. Four hundred treatment courses are planned for the current year. “As to the medicine in question indeed the terms are smaller and it surely has better response, but according to current legislation we cannot act differently now,” Zadorozhna said.