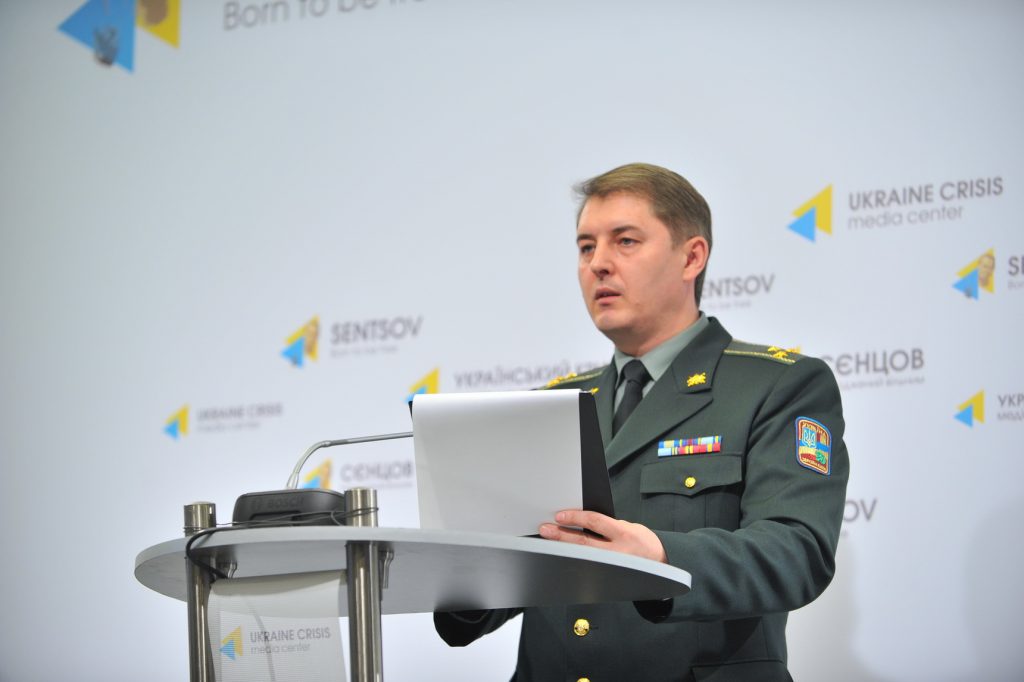 Kyiv, April 7, 2016. Ukrainian Armed Forces incurred no losses in combat in the ATO zone in the last 24 hours. One serviceman was wounded as a result of mortar shelling near Avdiivka. According to the Chief Intelligence Department of the Ministry of Defense of Ukraine (CID MDU), five militants of the self-proclaimed “Donetsk People’s Republic” (“DPR”) and “Luhansk People’s Republic” (“LPR”) died yesterday and nine militants were wounded. The situation remains the most difficult on the Donetsk sector where militants shelled ATO troops’ positions 49 times in 24 hours. Zaitseve, Novhorodske, Avdiivka and the vicinity of Donetsk airport are the main flashpoints. “Militants continue intense attacks using mortar launchers and, less frequently, cannon artillery. The adversary launched at least 100 mortar shells and several cannon artillery projectiles at our positions in the Donetsk sector. The enemy is traditionally using armored vehicles – armored personnel carriers – at the Svitlodarsk bulge,” informed Colonel Oleksandr Motuzyanyk, Presidential Administration spokesperson on ATO related issues at a press briefing at Ukraine Crisis Media Center. 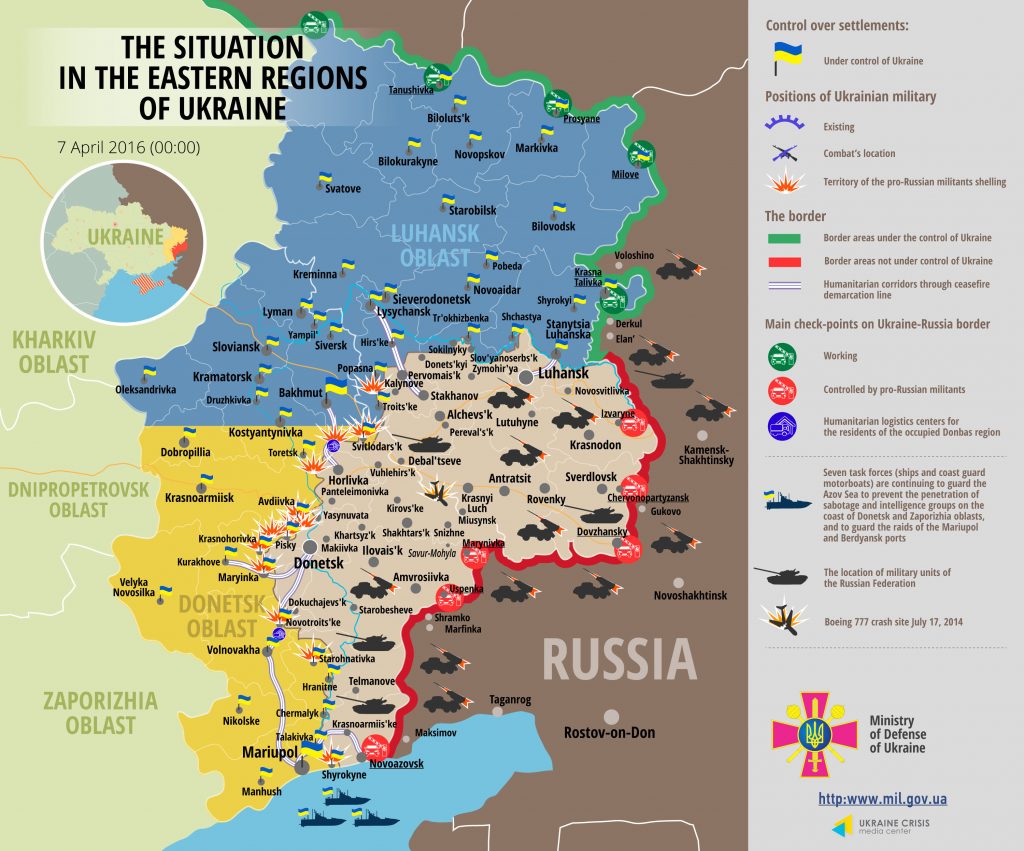 Militants used grenade launchers and anti-aircraft mount in Popasna district in the Luhansk sector. The situation remained restless along the entire contact line in the Mariupol sector, militants violated the ceasefire 17 times. “Mortar attacks took place in Krasnohorivka and Shyrokyne, the biggest number of hostile provocations took place in Mariinka,” informed the spokesman. He said that Ukrainian troops repeatedly responded with fire.

The spokesman also said that a truck carrying humanitarian aid from charity organization for inhabitants of the occupied territories proceeded through Zaitseve checkpoint yesterday.

Officers of the Security Service of Ukraine (SBU) detained a performer of two terrorist acts in Odesa. “The detained directly participated in arson of a supermarket and office of one of political parties in Odesa in April 2014. Following this, the man was hiding on the occupied territory, performing various tasks set by the enemy,” said the spokesman. He added that two self-made explosive devices were seized from the suspect. At the same time, a resident of Kreminna who was cooperating with militants in spring 2014 joined the SBU program “You are waited for at home”.

Four weapons caches were found at the near-front zone yesterday. Eight grenades of various types, anti-personnel mine MON-50, over 1 kg of explosive and symbols of the so-called “DPR” were found in Novomykhailivka of Mariinka district, Donetsk region. 23 shells from anti-aircraft mounts, two hand grenades and several hundred 5.45 cartridges were found in a forest belt near Starohnativka, Volnovakha district, and anti-personnel mine MON-50, mortar launcher and a TNT block with a fuse – in Lebedynske. Moreover, three hand anti-tank grenade launchers, nine hand grenades, over 1000 cartridges for automatic weapons and two smoke bombs were seized from a cache near Novhorodske in Donetsk region.