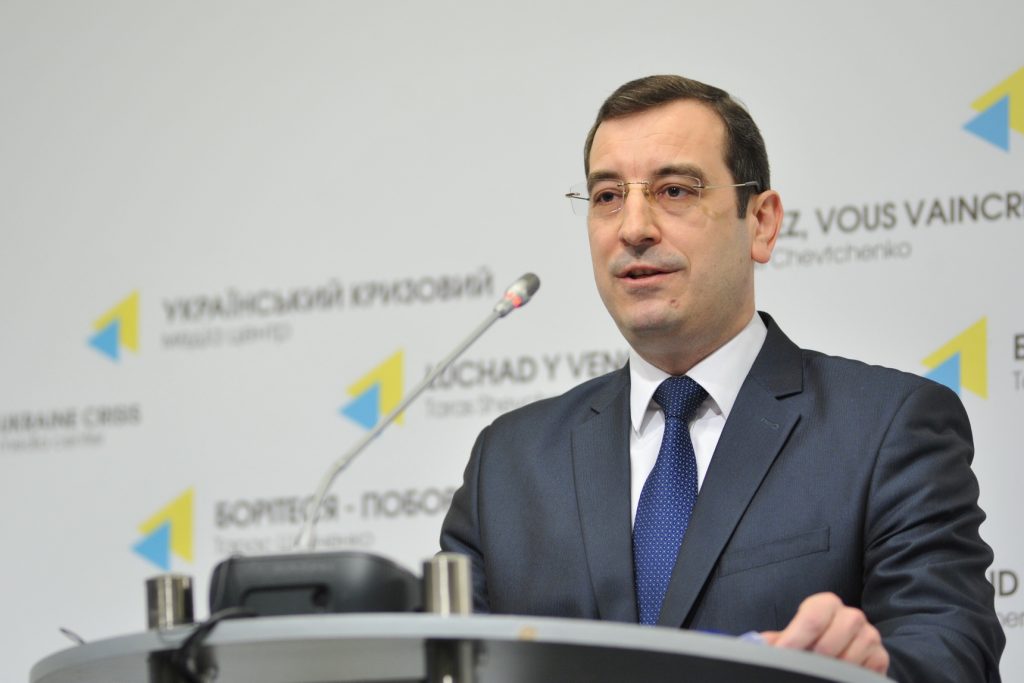 Kyiv, April 8, 2016. Ukrainian military intelligence released materials proving that Russia is directly managing militant actions in Ukraine. In 2014 commander of the 58th army of the Southern military district of the Russian Federation Major-General Andriy Gurulyov was in charge of the 1st and 2nd army corps through the 12th command center of the Southern military district reserve (current Center for territorial troops). Major-General Mykhailo Zusko (cover surname Orlov) was commander of the 1st army corps at that time. “The dialogue [between Gurulyov and Zusko] points to direct participation of the Russian military high-level command in conducting of the so-called referendum to establish the so-called “Donetsk People’s Republic” (“DPR”). Russian Federation troops and mercenaries that arrived from the Russian Federation were engaged in voting,” commented on the released audio representative of the Main Intelligence Directorate of Ukraine’s Defense Ministry Vadym Skibitsky at a press briefing at Ukraine Crisis Media Center. He said it disproves the statements by Russian authorities on Russia’s “non-involvement” in the events in eastern Ukraine.

Skibitsky noted the increased number of killed Russian servicemen in Ukraine. A total of 103 regular Russian troops have been killed in the temporarily occupied areas of Donetsk and Luhansk regions since the beginning of this year. Ninety eight Russian troops have been seriously wounded. Russian authorities are doing their best to hide these facts. “They justify the losses with intense operational and combat training conducted in Russia,” explained Skibitsky. He added that six large-scale training sessions have been held in the Southern military district for airborne troops since the beginning of the year. The training included drills on the training ground, landing of units and combat shooting exercises. Latest large-scale training session was conducted in the occupied Crimea on April 4, seizure of strategic objects located in Kherson region was practiced as a military training scenario.

According to the military intelligence the so-called 1st and 2nd army cops intensified aerial reconnaissance with the use of unmanned aerial vehicles (UAV) at the end of March. “Eleven UAV flights have been registered since March 28, they were conducting reconnaissance activities and directing hostile artillery fire,” said Skibitsky. He reported that a Granat-1 UAV was downed near Luhanske on March 28. “The UAV in question is in service only with the Russian Federation Armed Forces and is part of the Navodchik-2 UAV system,” he added. Main Intelligence Directorate identified that the UAV in question is in service with the 7th separate motor-rifle brigade deployed to Debaltseve. According to Skibitsky, the brigade commander Aleksandr Bushuyev gave a personal order to use it without pre-agreeing it with higher command, he did not report on its loss either. “Irresponsible actions by the Russian commander resulted in comprehensive checks on his activities in eastern Ukraine. Apart from the destroyed UAV, he is also responsible for drowning a combat vehicle during training and inability to command personnel,” explained Skibitsky adding that the Russian command is considering appointment of Bushuyev commander of a unit in Russia’s far-off Zabaikalsky Krai.