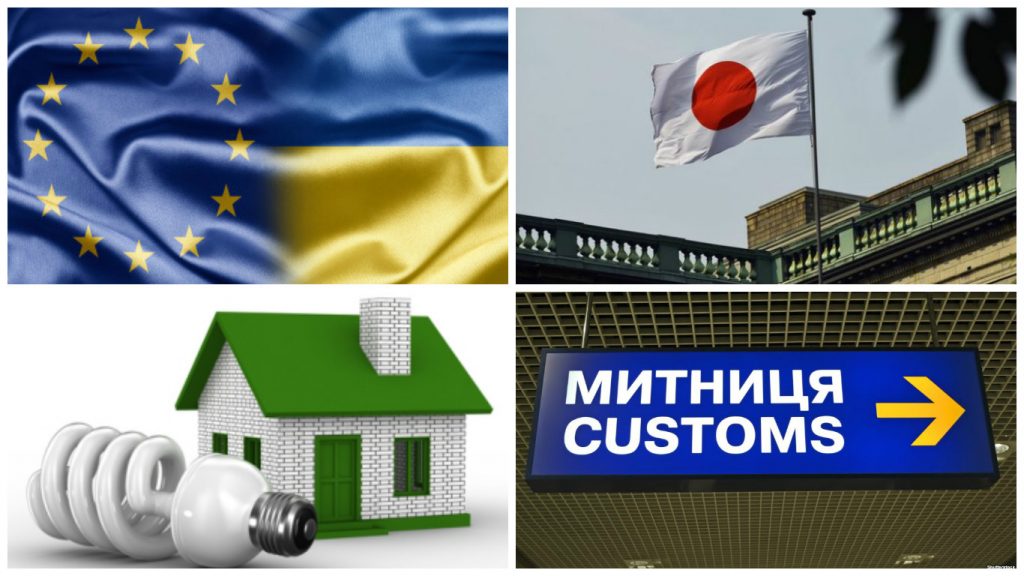 The referendum in the Netherlands on ratification of the EU – Ukraine Association Agreement failed to pass. However, low voter turnout (slightly more than 30%) gave rise to fierce debate more about the future of the EU than on issues specifically related to Ukraine.

On the formal side, the results of the referendum are non-binding for the Dutch authorities. Nevertheless, the result can be used to exert political pressure. The situation caused by the result of the Dutch referendum is unprecedented for the EU and requires innovative solutions. Ukrainian leaders and ordinary citizens have firmly stated the country should step up its pace of European integration despite such a setback.

The Government of Japan is ready to allocate nearly $1.8 billion to Ukraine provided the positive trend of reforms continues. In the interim, the Japanese government will allocate €3.5 million for the construction of storage facilities at Chernobyl, and $13.6 million of humanitarian aid for the reconstruction of the affected areas of Donetsk and Luhansk regions.

Meanwhile, access to the existing resources that international donors are investing in the Ukrainian economy will be simplified via the National Bank’s technical decision on empowerment to use the funds in local currency to finance projects.

Customs reform is gathering pace. The Government, with the support of NGOs, has developed and soon will submit to Parliament a draft law “On authorized economic operators”. Its adoption will be the starting point for introducing international customs standards. This should enable Ukraine to fully realize its role in the international transportation market. For this purpose Ukraine should launch an institute of authorized economic operators (AEO). Companies that receive this status will take over the lion’s share of functions that are currently performed by state customs. This practice is successful and used in the EU.

Citizens can now play their part in boosting energy efficiency due to launching of a project by the European Bank for Reconstruction and Development. Under this project, three banks (“Megabank,” UkrSibbank and “OTP Bank”) will receive €75 million to grant long-term credits to individuals and condominiums for energy efficiency measures.

Almost half of state-owned enterprises are unprofitable. Thus, it is time to adopt a strategic decision and legislatively recognize that this form of ownership (with rare exceptions) is an atavism. The Government proposes to halve the list of enterprises that are not to be privatized down to a sum of 705. This step is a logical continuation of the new policy of deregulation launched this March.

Following the adoption of the resolutions on conducting civil service selection competitions, the government is grasping the thorny issue of the salaries of officials. This is not regarding additional payments from international donor organizations to reformers. Nevertheless, a step in the right direction has been made: from May 1, the “1st” category of official salaries according to the unified wage rate scale, which is the basic unit for calculating the salaries of employees in the public sector, will be increased by 6.5%. Thus, for example, official salaries of employees of central executive bodies will be 3.6-12 thousand UAH and at the regional level – 2.5-10 thousand UAH. Full reform of the system, with the aim of implementing European standards, should be completed by 2018.