Kyiv, April 12, 2016. Militants shelled Zaitseve, Mayorsk, Avdiivka and positions near Donetsk airport virtually non-stop in the Donetsk sector of the ATO zone yesterday. “Militants sporadically use mortar launchers, approximately 90 hostile mortar shells were launched at our positions. They also used armored personnel carrier. In total, 69 hostile attacks took place in the Donetsk sector in the past 24 hours yesterday,” informed Colonel Oleksandr Motuzyanyk, Presidential Administration spokesperson on ATO related issues at a press briefing at Ukraine Crisis Media Center. He said that militants violated the armistice in the Luhansk sector once, near Stanytsia Luhanska. 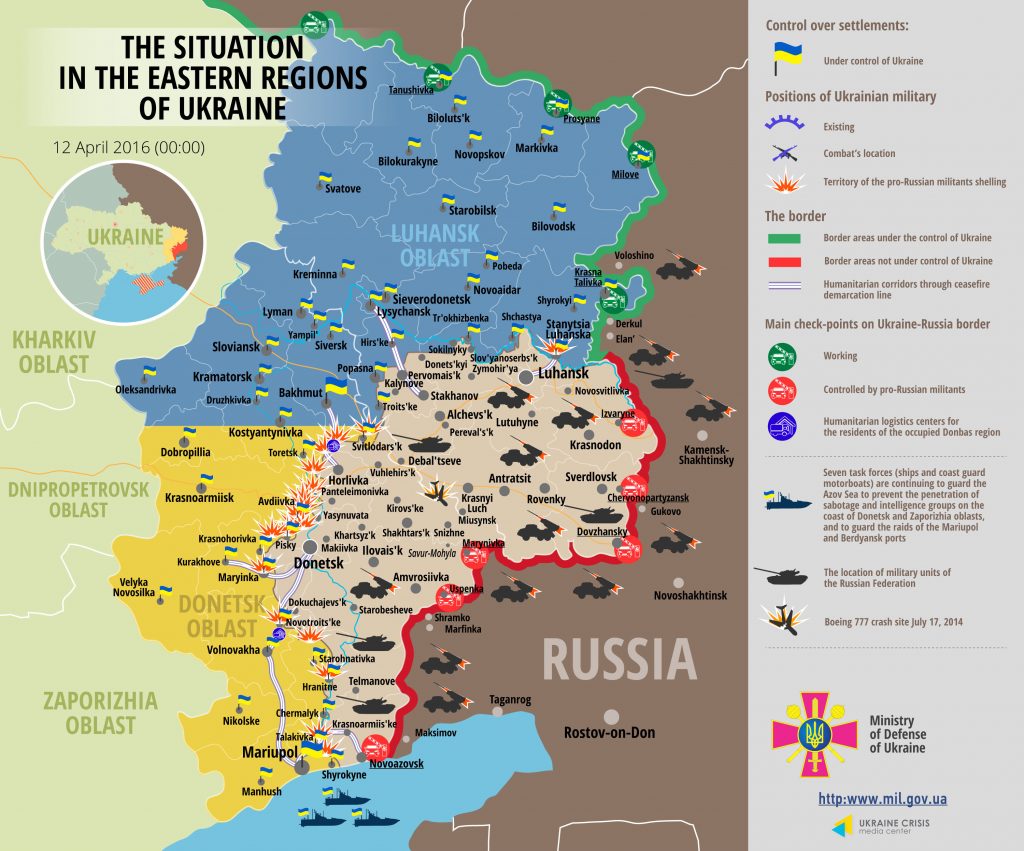 According to the spokesman, the Security Service of Ukraine (SBU) jointly with the Prosecutor’s Office in Zaporizhia region stopped the activity of a criminal group of arms traders from the ATO zone. “Automatic grenade launcher AGS-17 with over 17 shells, four automatic rifles, 15 magazines to them, over four thousand cartridges of various calibers and 20 hand grenades were ceased from the criminals during search,” said Col. Motuzyanyk. According to him, Ukrainian law enforcement staff detained militants of the so-called “DPR”: one in Toretsk and another one in Druzhkivka. Moreover, the SBU officers detained a militants’ informant in Mariupol. “The man was collecting information on location and proceeding of Ukrainian military equipment and manpower, supplying this information to militants. An RGD-5 grenade, technical communication devices and electronic equipment together with direct evidence of his criminal activity were ceased during the search,” explained Col.  Motuzyanyk.