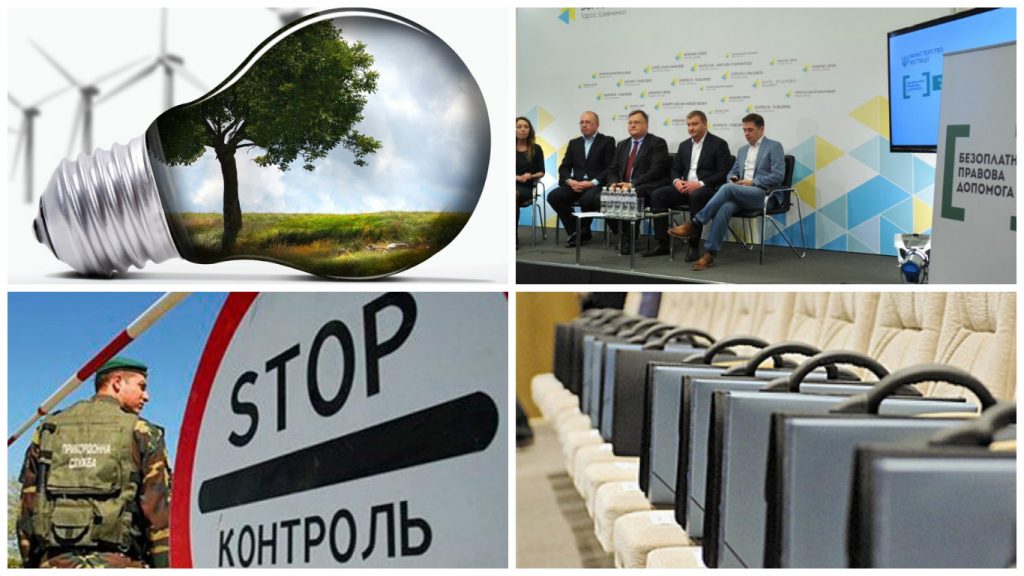 From now on the uniform wholesale gas price is set for all consumers (both for citizens and industry) in Ukraine. From May 1, 2016 it is 6879 UAH per 1 thousand cubic meters both for the population and industry.

Such a decision, simple in content but difficult in consideration of its effects, has been made by the government. Therefore, a basic condition for implementing the new market rules on the principles of transparency and fair competition has been created in the gas market. This step will significantly reduce corruption risks and stimulate the domestic gas production. The end user will only benefit from it.

Adjustment of gas prices for all consumer groups was a stumbling block throughout the entire period of cooperation between Ukraine and the International Monetary Fund. Therefore, the IMF has taken a favorable view of this difficult decision made by the government, noting that it will reduce corruption.

While restoring order in gas prices is kind of point of no return, it is not in itself a reform. It is rather a driver for further reforms. The next step should be measures to encourage the sustainable use of energy resources. In particular, 100 percent records of consumption of resources should be introduced, subsidization should be replaced with financial instruments available to the public to support energy efficiency measures.

Ukraine has optimistic results in the field of intellectual property rights as evidenced by the fact that it continues to have the status “Priority surveillance country” according to the findings of public hearing of the Office of the US Trade Representative (USTR).

The fight against Internet piracy and observance of intellectual property rights are the key markers used by the US to decide on providing support to developing countries. The status of Ukraine is not degraded in these terms. That is why producers of several thousand items of goods will continue to supply about 5 thousand items of goods duty-free to the US (within the GSP program – Generalized System of Preferences). Besides, the fact that the status has not been degraded gives a clear signal to investors that they can deal with the country – both in terms of investment and supply of new technologies.

National Customs Service that reputation of one of the most corrupt agencies in the country now has a chance to start “purification”. Technical decision of the State Fiscal Service to introduce automated processing of customs declarations is supposed to enhance this process. Corrupt risks are expected to decrease. The State Fiscal Service claims that according to the newly introduced procedure clearance cases will be assigned to customs officers by the system automatically. It will thus become impossible to make it manually.

State agencies providing administrative services need to fully turn into service centers. This approach is introduced by the Ministry of Justice of Ukraine and it finds support in the society. The Ministry is converting over 400 of its local offices into the bureaus for provision of legal aid – similar to the earlier established bureaus for free legal aid provision.

It’s not only the agency’s name but also its functions that are changing. The centers will be conducting educational activities and will provide consultations on the use of e-services of the Ministry of Justice as well as represent citizens’ interests in courts. New centers will start operating on September 1, 2016 all across Ukraine (excluding the occupied territories). The Ministry plans on hiring completely new staff for the centers. The project is implemented with support of international donors that are funding not only the purchase of technical equipment but also personnel training in accordance with best international practices in legal aid provision.

Ukraine’s bureaucratic machine has been re-launched: the new Law “On Civil Service” came into force on May 1. Non-political approach, selection based on open competition only, clear efficiency figures as well as decent salary are now expected to be implemented in Ukraine. First selection commissions are to start work in the mid of May.

Civil service reform is among the fundamental ones and at the same time one of the most problematic in Ukraine’s modern history. Its launch in 2016 is the victory of civil society that has not only struggled for the reform (there was an attempt to change its founding principles in 2015) but took a critic position having engaged in drafting regulations for implementation of the law.