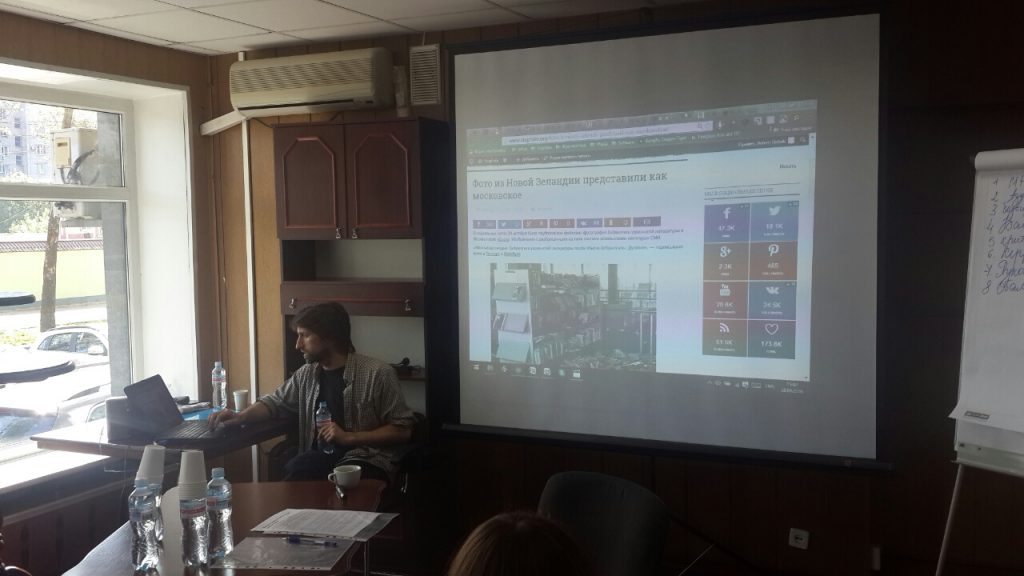 Kyiv- Mykolayiv, April 29, 2016. Media can protect its citizens, help them avoid becoming victims of propaganda and teach to perceive and interpret information correctly. On April 28-29 print media journalists from Mykolayiv region had an opportunity to dive into the subject.

To help journalists study these difficult questions, Ukraine Crisis Media Center together with its partners organized two one-day trainings on “Propaganda, disinformation and local journalism” in Mykolayiv. Participants of the training were newspaper editors and journalists from all over the region. The objectives of the training were to study the technology and methods of critical thinking, basic techniques for recognizing propaganda and censorship, acquiring skills of comparison and verification of information resources, searching for fake messages. The issues were discussed by Roman Shutov, expert on Russian propaganda monitoring, Program Director, Telekritika NGO, and Artem Babak, journalist, fact-checker, StopFake.

The training is the second event of the joint Ukrainian-Polish project aimed at strengthening the potential of local print media in Mykolayiv region. In Ukraine, the project is implemented by Ukraine Crisis Media Center (Kyiv) through regional coordinator in Mykolayiv. In Poland, the project is carried out by the East European Democratic Center (Warsaw).