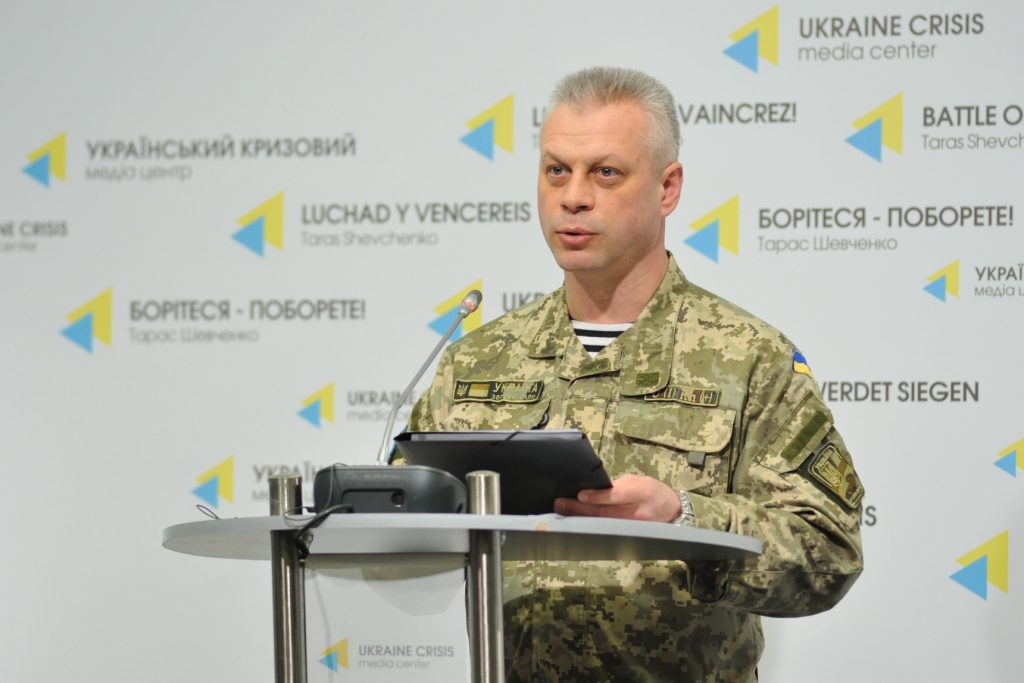 Kyiv, May 6, 2016. Ukrainian Armed Forces incur no losses in combat in the ATO zone yesterday, one serviceman was wounded. The biggest number of ceasefire violations took place in the Mariupol sector. “Militants located in the occupied Dokuchaevsk used 120-mm mortar launchers to shoot at ATO troops’ positions near Novotroitske. Militants also shot several times from grenade launchers and small arms,” informed the spokesman of the Presidential Administration on ATO related issues Colonel Andriy Lysenko at a press briefing at Ukraine Crisis Media Center. The situation was restless near Mariinka and militants’ sniper was active. 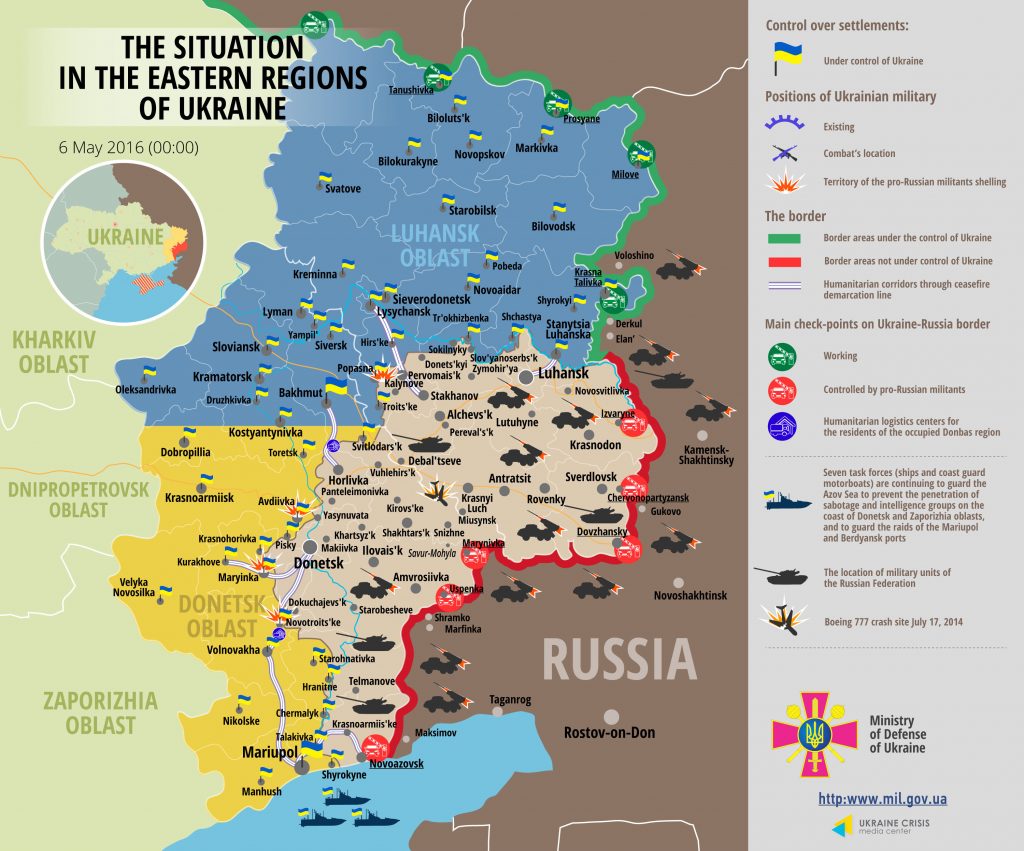 Law enforcement officers detained three people in Donetsk region who were cooperating with militants of self-proclaimed republics, two of them in Kramatorsk. “One militant was guarding the seized building of the local council, keeping watch at checkpoints and checking documents and vehicles of civilians. Another militant was transporting and delivering goods to militants using his own car,” said Col. Lysenko. The third detained was providing militants of self-proclaimed “Donetsk People’s Republic” (“DPR”) with information on location and displacement routes of ATO troops. Two more accomplices of Russia-backed militant groups were detained in Luhansk region. One of them was militants’ informer, another worked as a driver for the chief of intelligence of “Prizrak” Russia-backed militant group and actively participating in militants’ activity. “Ukrainian troops gave him to the officers of the Security Servicer of Ukraine (SBU) for further checkup,” said the spokesman.

SBU detained a local resident in Dnipropetrovsk. The man was spreading anti-Ukrainian propaganda and called upon creating new ‘republics’. “Computer equipment was seized during search of his premises containing proofs of illegal activity,” elaborated Col. Lysenko.