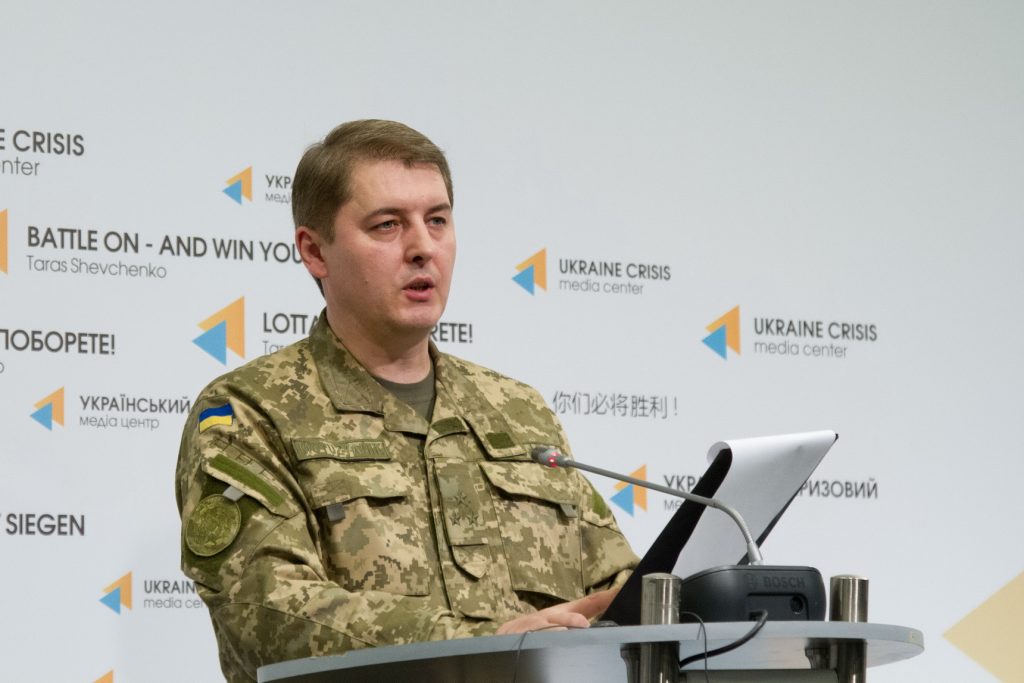 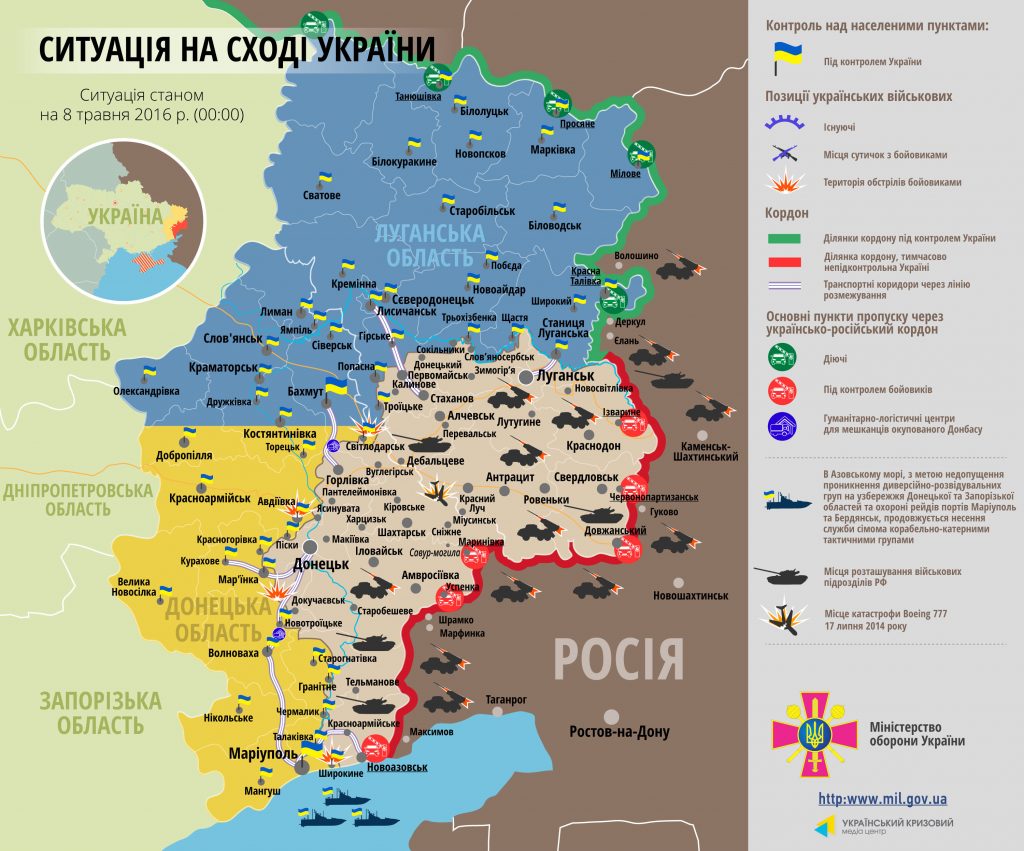 No militants’ provocations were registered in the Luhansk sector. In the Mariupol sector militants were shooting at Ukrainian positions near Taramchuk village from small arms, large machine guns,  grenade launchers and 120-mm mortar launchers prohibited by the Minsk agreements. “Another Russian mercenaries’ provocation took place in the vicinity of Shyrokyne,” said Col. Motuzyanyk.  Ukrainian Armed Forces incurred no loss in combat yesterday, one serviceman was wounded.
A group of militants recently approached ATO troops’ strongholds to the distance of several hundred meters and started shooting at Ukrainian troops. “The shelling posed a direct threat to Ukrainian soldiers’ lives and health, so they responded with fire. As a result, militants stopped shooting at our positions. One militant died and the rest fled, explained the spokesman. Transfer of the died militant’s body to the temporarily occupied territory is planned for today.  Civil -military cooperation team is responsible for the operation from Ukrainian side. It will give the body to medical representatives of Donetsk morgue.