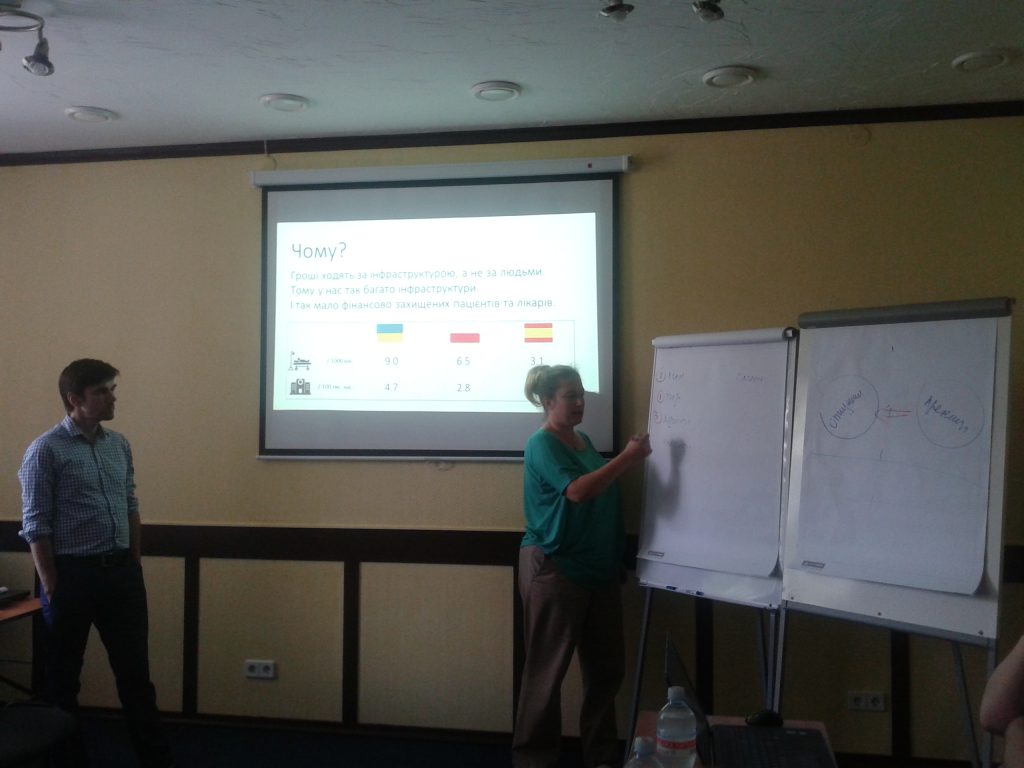 Mykolayiv, May 31, 2016. The success of healthcare reforms depends on several factors, including understanding of the changes and their public support. The role of media is to inform on the progress of reforms, and thus shape the public opinion. Such a conclusion was reached by participants of the training “Health care reforms” held in Mykolayiv on May 30 – 31. The training was organized for journalists and editors of regional publications of Mykolayiv and Mykolayiv region.

Speaking about the new concept of healthcare financing, Pavlo Kovtonyuk, Project Manager of Health Care Reform, the National Reforms Council, said that the state itself should determine the amount of medical services which it can ensure. Such a package should include primary medicine and emergency help. Another task is to introduce the system of state reimbursement of medicines. The reform can be successful if it takes into account the principle of “money should follow the patient”. “After all, money should be where medical services are provided,” underlined Pavlo Kovtonyuk.

The expert also noted that an important element of health care reform in the context of decentralization is differentiation between service customers and service providers. This diversity will have the form of so-called autonomy of health facilities. The government agency will no longer finance the facilities. Now hospitals themselves will be responsible for their maintenance and services.

According to Kateryna Bulavinova, Medical Expert, UN Children’s Fund (UNICEF) in Ukraine, the healthcare reform in Ukraine is not unique or special, because there were such changes in many countries. The common element is a goal to achieve which changes must be implemented – patients and their health.

After the training, participants shared their impressions of the issues and problems that had been discussed, and agreed that it is up to them to appreciate and support the changes at the local level.

The training was the fifth event of the joint Ukrainian-Polish project aimed at strengthening the potential of local print media in the Mykolayiv region. In Ukraine, the project is implemented by Ukraine Crisis Media Center (Kyiv) through regional coordinator in Mykolayiv. In Poland, the project is carried out by the East European Democratic Center (Warsaw).