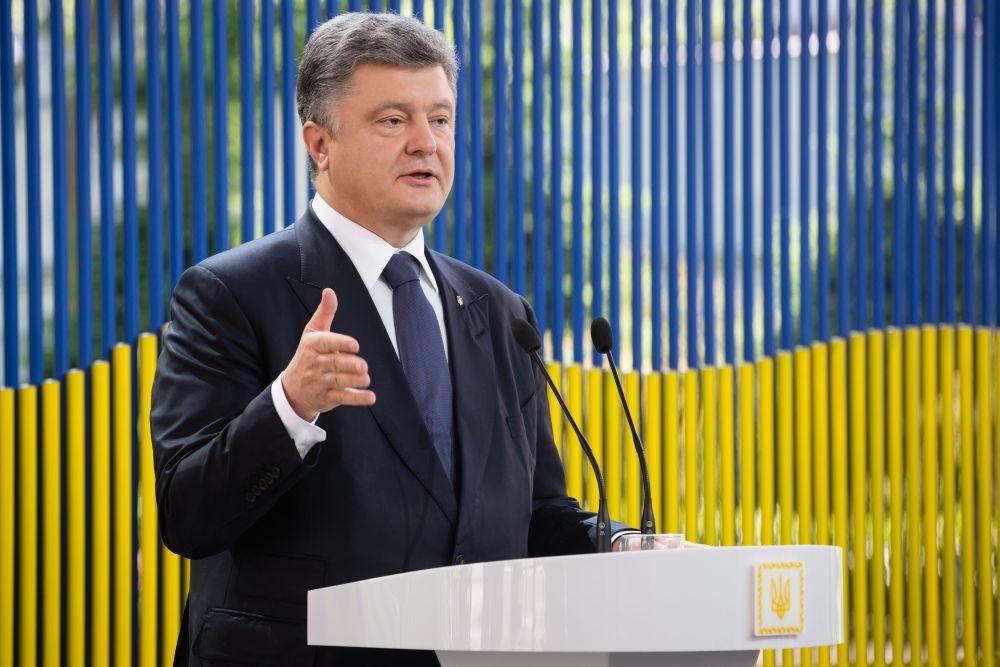 The President’s first public press conference in several months was attended by more than 150 Ukrainian and foreign journalists. Poroshenko spoke about Ukraine’s achievements, but he also had to answer several sharp questions.

UCMC put together the main talking points of Poroshenko’s speech as well as his responses to journalists’ questions.

Positive achievements: state procurement, medicines and the US loan
In his opening statement, Poroshenko emphasized upon a simplified procedure of foreign medicines procurement. Secondly, he referenced the implementation of ProZorro system for all types of public procurement. Moreover, he noted that a loan agreement with the United States to the sum of USD 1 billion had been signed several hours before.

Constitutional reform
The president mentioned constitutional amendments to the judicial system, which the parliament had adopted the day before. He stated that meetings with parliamentary factions had been held, persuading MPs that these amendments were essential.

The president went on to say that stripping judges of their legal immunity is an essential aspect of the judicial reform. He also emphasized that increasing the salary for judicial staff would be a strong motivational factor for change. Furthermore, he stated that reform would reinstate the rights of the people to fair and just trial.

Visa-free regime
President Poroshenko stated that the migrant crisis is a severe trial for the EU. However, he also emphasized that Ukraine had fulfilled all its commitments to have visa-free short travel within the Schengen area. The EU did not signal that it had any complaints, suggesting that Ukrainian acceptance is only a matter of time. The president said this issue may be solved in September at the earliest.

Security situation in Donetsk and Luhansk regions
The president emphasized that the contents of the Minsk agreements envisages security enforcement. There must be observation points arranged on the contact line which would enforce security. He also said that Ukraine made a serious achievement in the diplomatic sphere, as “Normandy Four” leaders agreed to deploy the OSCE police mission in Donbas.

Deoligarchisation
UkrTransNafta, oil transportation company, was brought back under governmental control. Many other state companies got new chief executives. The president also emphasized that not only is Ukraine not buying gas from Russia at present but that the gas market is also transparent.

A journalist asked, “What are you talking about with oligarchs late at night?”. The president responded that he was discussing financial liabilities with Igor Kolomoyskyi, as well as an invitation to a football match with Rinat Akhmetov. He added there were no secrets.

Poroshenko’s HR policy
Poroshenko does not believe that the fact of important positions held by his fellows is improper. He stated that the situation with the public prosecution turned around shortly after Yuriy Lutsenko became the Prosecutor General.

What processes between Ukraine and Russia involve participation of Viktor Medvedchuk?
According to the president, Viktor Medvedchuk’s exclusive function in trilateral contact group is liberating hostages from the territory of Russia and the occupied territories. He performs no other functions. In the process of Savchenko’s liberation he coordinated certain activities with the Russian party twice. Nevertheless, the decision had been made in the course of conversation between Poroshenko and Putin. Medvedchuk does not participate in meetings of the trilateral contact group, as he is a member of subdivision on humanitarian issues.