One Ukrainian serviceman was killed in action as militant subversive group made an assault attempt near Mayorsk. Combined Russian-militant troops keep using heavy weapons in violation of Minsk. 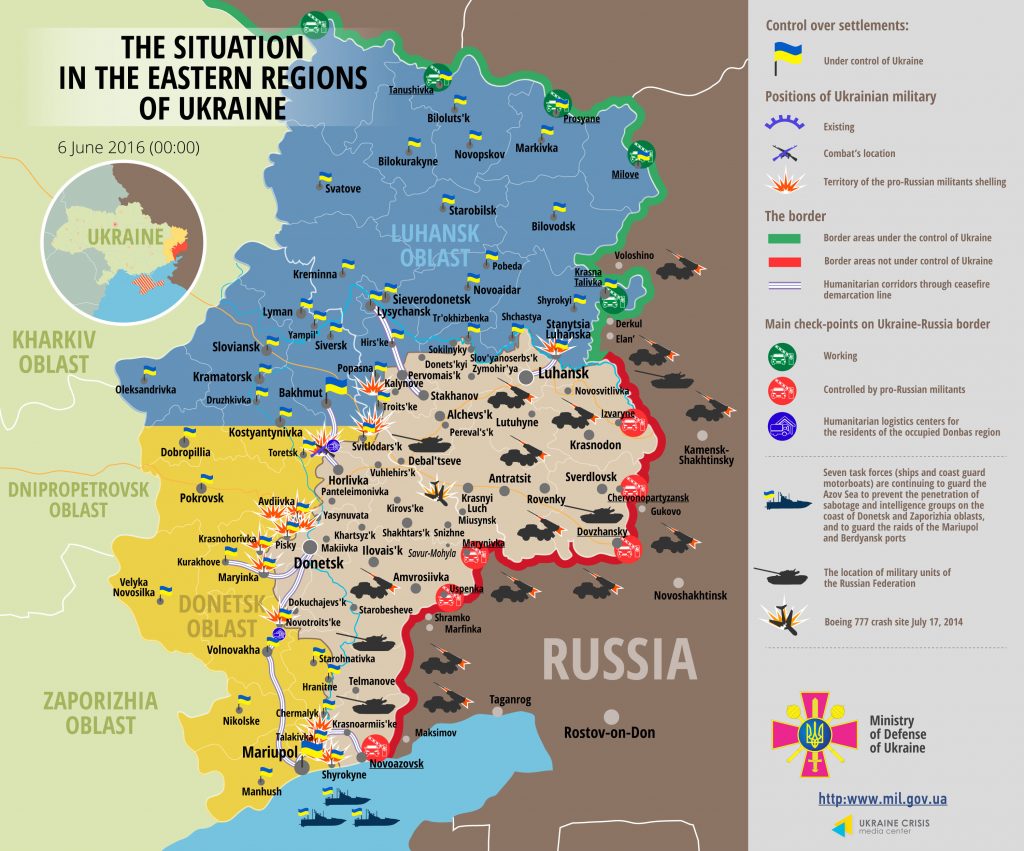 According to Colonel Lysenko militants made a massive artillery attack using 122-mm howitzers and launched 40 shells. “Occupants were targeting the rear of Ukrainian troops near Yasnobrodivka, 15km away from the frontline,” explained Colonel Lysenko. He noted that militants launched mortar attacks all along the contact line including on the Svitlodarsk salient, in the Horivka agglomerate, in Avdiivka and in the Donetsk airport.

In the Mariupol sector combat actions took place in Maryinka area. “Adversary used mortars and tanks several times,” added the ATO spokesman. A series of militant attacks and those involving the use of mortars in particular took place in other areas on the contact line: in Novotroyitske, Pavlopil, Talakivka and Shyrokyne. Colonel Lysenko said a civilian woman in Krasnohorivka was wounded in one of the militant attacks.

One Ukrainian serviceman was killed in action over the last day. It happened near Mayorsk. Seven more servicemen were wounded in action near Mayorsk and Avdiivka. At the same time four militant fighters were seriously wounded.