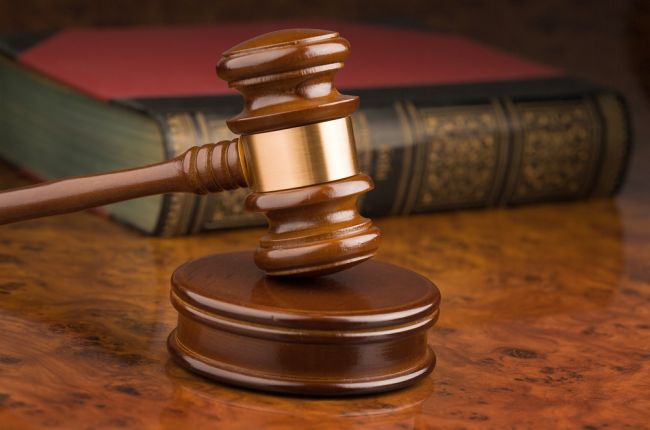 Two years of President Petro Poroshenko’s promises to implement the judicial reform are nearing completion. The Verkhovna Rada finally adopted the amendments to the Constitution and the law  on the legal structure and the status of judges who are to build a new system of justice in Ukraine. 335 members of the parliament voted while the necessary constitutional majority is 300.

Amendments to the Constitution and the new law will come into force three months after the adoption – that is, in early September. What they influence and why are they dangerous? Ukrainian media outlet LІGA.net asked legal experts to answer this question. The complete article is on Liga.net website. Ukraine Crisis Media Center publishes an condensed version of the article.

Advantages of the reform

A chance to upgrade the judiciary. The previous two attempts – the law on cleaning the judiciary  and the law on lustration – were not effective against the judges. In fact, the system is preserved in the same form as it was under the rule of former president Viktor Yanukovych.

“There are new possibilities to upgrade the judiciary. In contrast to the existing law, when judges who have not passed the qualification, are just sent to judges’ school, now they have to be immediately dismissed. If a judge is unable to prove the legitimacy of their status – this is also grounds for dismissal,” said Roman Kuybida, expert at the Center for Political and Legal Reforms, in comments to LІGA.net .

Creation of the Supreme Court from scratch. This court will be the highest authority in the country’s judicial system. Expectedly it will consist of not more than two hundred judges – that is half as much as the courts of cassation and the Supreme Court of Ukraine today. “This is a big plus, a great opportunity. Instead of cassation courts, whose quality and validity are rather disputable, the only Supreme Court is created, completely from scratch. Not only former judges but also other law specialists can take part in the competition,” said Mikhail Zhernakov, expert on judicial reform at the Reanimation reform package to LІGA.net.

Declaration of kinship ties by judges. Experts hope that this innovation will allow uncovering and stopping activities of judicial clans in Ukraine. Now, all judges are obliged to declare their family ties with those persons who work in the judicial system, the prosecutor’s office, advocateship, take high positions in government service.

Public file of judges and more control. Electronic documents and files on judges will be posted on the official website of the Higher Qualification Commission of Judges in the public domain. Among other things, it will post conclusions of the Public council of honesty, irrespective of whether these findings will be taken into account by the commission itself. “This will allow learning as much as possible about the judge,” said Kuybida.

Increase salaries of judges. The law fixes the salary in local courts at the level of 30 minimum salaries, in the appeal courts – 50, in the Supreme Court of Ukraine – 75. And that’s just bare salary. Viktor Pynzenyk, former finance minister, MP, calculated that the salary of the Supreme Court judge will amount to 120 thousand UAH (about 4 thousand euro) per month from 1 January 2017. With allowances and additional coefficients, salary maximum of a judge of higher courts may reach 315 thousand UAH per month (10 thousand euro). Increasing salaries will help to minimize the risks of corruption, experts say.

Delays in establishing an Anti-Corruption Court. As interlocutors in the Presidential administration explained to ЛІГА.net, the court will deal with only one exceptional category of cases – hearing cases from detectives of the National Anticorruption Bureau of Ukraine (NABU).

The law envisages the establishment of the Anti-Corruption Court, but neither time-frames nor powers of this body have been clearly defined yet. The Anticorruption Action Center has held the action near the Verkhovna Rada, demanding an urgent launch of anti-corruption courts. But it has led to no result.

The Anticorruption Action Center considers this situation as delaying the process. Because now an additional law on the Anti-Corruption Court is required, and it is unclear when it will be adopted.

Sabotage of social influence. The law provides for establishment of a Public Integrity Council, which will submit their conclusions during the qualification assessment of a judge or a candidate for the post of judge. These conclusions will be collected in a dossier on a judge. However, the actual role of the council, as Roman Kuybida explained, is negated by the legislator. The High Qualification Commission of Judges of Ukraine shall not be required to take the information of the Public Integrity Council under advisement or comment on it. It may even ignore it.

Risks of missing laws. The Verkhovna Rada adopted only amendments to the Constitution and one law on judicial system and status of judges. However, the Supreme Court has to work under the new procedural legislation, which has not been submitted for consideration to Parliament yet. In the future, the Supreme Council of Justice will address issues of disciplinary responsibility of judges, but the law on it has not been adopted either. There is no law on Anti-Corruption Court. “If the Verkhovna Rada does not adopt these laws in time, many of the constitutional changes will remain in limbo,” warns Roman Kuybida.

Where the judicial reform goes. The amendments to the Constitution adopted on June 2 and the relevant law is just a road map. As shown by the prosecutor’s office reform, declarations alone are not sufficient, and any innovations can easily derailed in practice. “All this is just a possibility. None of these innovations are guaranteed. And this is the most interesting thing,” explained Mikhail Zhernakov, expert on judicial reform at the Reanimation reform package.

The current judicial system in Ukraine is tied in a bundle of clan connections, corrupt practices, political influences and deals. Whether Poroshenko’s team will be able to change this system and whether those on Bankova want to do this as they declare, will be clear in three months.