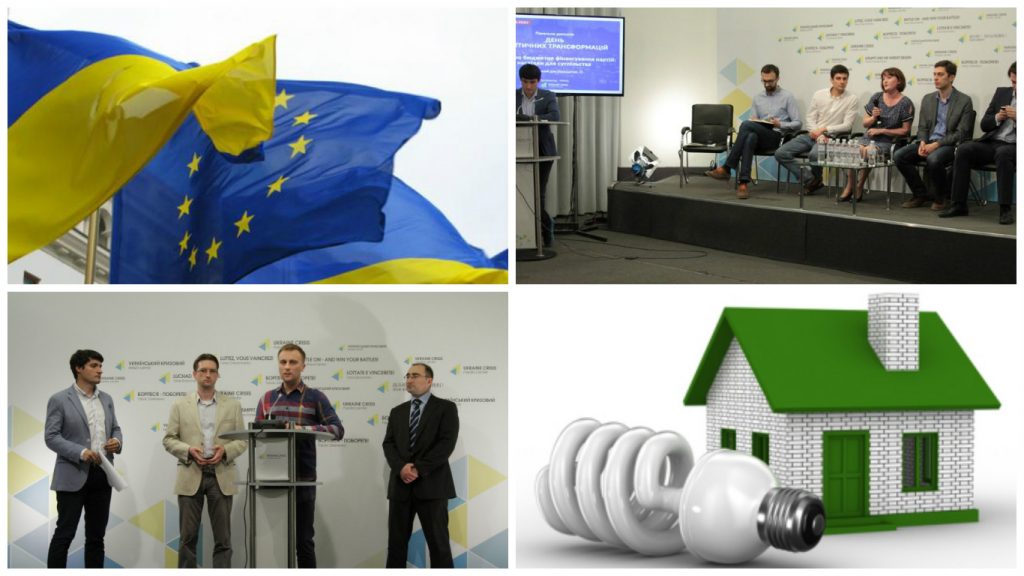 The European issue has yet to be resolved for Ukraine: the European Council did not approve the decision for a visa-free regime between Ukraine and European Union; Georgia and Kosovo were also linked into the same vote. We did not get the “Yes” vote we hoped for, but neither was it “No,” the decision is delayed. The Ukrainian visa-free issue will again be raised on June 27, but according to EU officials and diplomats the decision will likely be postponed until September. President of Ukraine Petro Poroshenko reassured citizens that the long-awaited liberalization of visa access to the EU is still alive.

From the legal point of view, Ukraine fulfilled all the conditions required by the EU community. The situation with the visa-free regime is mostly attributed to EU concerns with the two other candidate countries who are striving for the same status. At the same time, European diplomats are apprehensive about the progress of anticorruption reform implementation. As a result, a post-monitoring mechanism to mark the progress of reform implementation will reportedly be introduced.

Anti-corruption reforms, the most anticipated reform by Ukrainian society, are still in the throes of being implemented. Two processes fundamental for the reform are to be implemented in Ukraine this year, the e-declaration of public officials’ property as well as income and expense reports by political parties. Compliance to these parts of the reform will be the job of the National Agency for Prevention of Corruption (NAPC). Still being formed, the agency has appointed only four out of five members as of March, complicating adherence to legislative norms in terms of deadlines.

As of today, the NAPC has proposed a date to launch the e-declaration system (August 15, 2016), and has created the declaration form and the procedure for making it public. Details will come at a later date due to required bureaucratic procedures (these documents are expected to registered with the Ministry of Justice and published). Senior level civil servants (approximately 50.000 people) will be the first to submit their e-declarations. This includes the President, the Prime Minister, ministers, heads of executive branch departments etc. Other officials engaged in public and local government will be submitting e-declarations beginning January 2017.

Moreover, the NAPC approved a declaration form for political parties. According to the law, they must report to the NAPC on party funds beginning July 2016. The declaration form must also be submitted to the office of the registrar at the Ministry of Justice. All parties that pass the five percent election threshold are legally bound to report soft and hard copies forms to the NAPC as well. Taking into consideration the small amount of time remaining until the law comes into force, there are risks that parties may not be able to comply with all the provisions by the set deadlines.

The law on budget financing of political parties introduced a transparent mechanism of political financing by making them accountable to the general public. The expected results include the disappearance of political “puppet” parties and their markedly lower dependence  from private firms. In general, equal opportunities for all the participants of elections are created, which altogether should considerably decrease the level of political corruption in the country.

Open data is the main instrument making any budget holder too vulnerable in his desire to join any corruption schemes. Official portal of public finance, E-data, which had been created for this purpose, reported that 40% of entities kept at the budget expense had already registered at the portal. As a result, society can monitor the taxpayers’ money spending almost in real time mode. The portal developers assure they will secure convergence with the public procurement portal ProZorro, which will make monitoring of flow of funds even easier.

The law on “openness of public funds use” makes registration at the portal and, correspondingly, openness and accountability to the general public, obligatory for all the budget holders without exception. Deadline is July 1, 2016. Nevertheless, civic activists have already found the traces of sabotage on the part of the biggest budget holders, especially big state-owned enterprises. As a result, they initiate introduction of tougher sanctions for those who will fail to meet the deadline.

Summer is a good time not only to make provisions for a rainy day, but also to prepare for winter. In what way to do it and how much it will cost – all these answers are to be given by the Energy Efficiency Fund established at the initiative of the Ministry of Regional Development of Construction of Ukraine. The Fund will offer four standard packages of supporting energy efficiency measures in residential sector. Initiators of the Fund’s creation calculated that a household joining the energy efficiency program will save almost 50% on heating costs. The Fund will be financed by the state budget and foreign donors. It’s creating is not a Ukrainian “know-how”, but fulfillments of Ukrainian obligations within the EU Association Agreement.