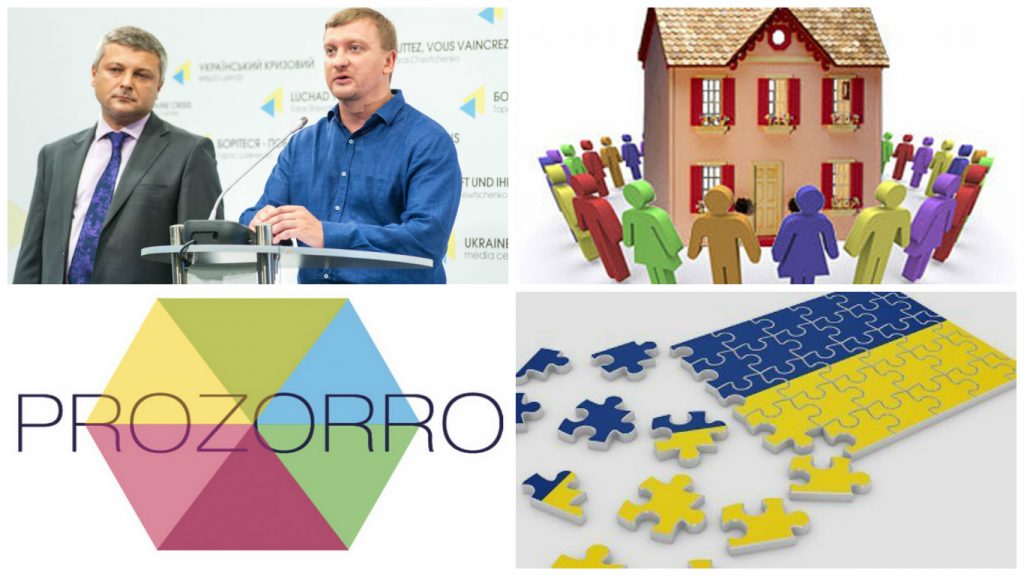 – Without paper and stamp. The Verkhovna Rada brought average Ukrainians closer to the daily life of the civilized world: the Parliament passed the draft law (as a whole), by which payment cards become a digital signature tool. For people, this means easier access to various services, including those provided by the state. In the future, it may create opportunities for online voting in Ukraine – following the Estonian example. Corruption will have far fewer chances, thus the law’s implementation is likely to be resisted. So we are waiting for the President to sign the law and will keep an eye on its implementation.

Text of the draft law by which payment cards become legitimate media of the digital signature http://goo.gl/zvfH1e

Commentary of those who initiated introduction of BankID https://goo.gl/X6Jk3x

Another important part of people’s lives – registration of civil status – was also simplified. Now, from the second a couple decides to marry to the actual marriage itself may take only 24 hours instead of the statutory 30 days. So far, the Ministry of Justice is implementing the pilot project in only six cities. If the initiative is successful, it will be applied across the country.

Press briefing at UCMC on presentation of the new service http://goo.gl/t3KkWQ

– Actually, such an extraordinary event in the life of an individual as marriage was the focus of MPs’ interest as well: they abolished the requirement of a stamp certifying that civil status. This change, along with the “rejuvenation” of passport issuance (14 against the current 16 years of age), and obligatory update every 10 years, is fully compliant with the EU requirements, which were the basis for approving the draft law.

Text of the draft law that changes conditions for issuing passports in Ukraine http://goo.gl/lEJ35T

– Service exporters also have a chance to make their life easier. First of all, it concerns IT-specialists and provides less bureaucracy and more modern means of communication that have become equally important with paper media in Ukraine. All of these innovations are included in the project on the removal of administrative barriers to exportation of services (№4496). This will happen if MPs vote on the draft law as a whole. But, apparently, we will have to wait until after the holidays.

Text of the draft law http://goo.gl/96VnbZ

Commentary of a lobbyist https://goo.gl/wv1Yrt

More transparency and less manipulation. Now, budget spending units cannot discriminate against suppliers. It is no secret that some of them are paid in time (often – for a “payoff”) and the rest – as luck would have it. An Integrated system of public electronic procurement ProZorro and open data portal E-data will put an end to such abuses, because now suppliers can see if the customer pays in time – in terms of any tender which has passed through ProZorro

Presentation of ProZorro and E-data http://goo.gl/GHquSY

Between the far and beautiful future and the tariff routine, the Parliament has ratified the Paris Agreement, which has not only  geopolitically positioned Ukraine with other countries of the civilized world that are party to this agreement, but has also provided a new foundation and opened a new horizon for upgrading the industrial park.

By contrast, for lack of political will to launch an independent regulator of tariff setting the Parliament has not received a sufficient number of votes to pass the corresponding draft law.  Populism will prevail in the country until Ukraine has an independent regulator of tariff setting. It means that citizens will not have clear understanding of utility bills and trust in them. For more details, as always, see our “Energy Reform Digest” (No.8).

The Ministry of Regional Development has defined the rules for appointing managers for apartment houses, residents of which have not decided on how they will administer jointly owned property. As always, if you do not take care of your property, somebody will earn on this in a non-transparent manner. These are precisely the risks which are inherent in the Procedure for appointing managing (operating) companies for these types of houses. In short, there are corruption risks. Their sources are too large powers of local authorities, which may (legally) limit the public’s attempt to choose a manager. The situation is threatening because, in view of the preparation for the heating season, these managers should be chosen in the next months.

What is wrong with the rules of competitive selection of managers for apartment houses https://uacrisis.org/ua/45111-koruptsijni-riziki

The reform, which is positioned No.1 in the country, unfortunately, is an outsider of the week. The Parliament failed to remove the obstacles to forming capable communities by their association. We are talking about a wide range of issues: from clarification of powers of heads to releasing blocked accounts. All in all, there are 6 draft laws.

What draft laws are urgently needed for decentralization https://goo.gl/bE6K01