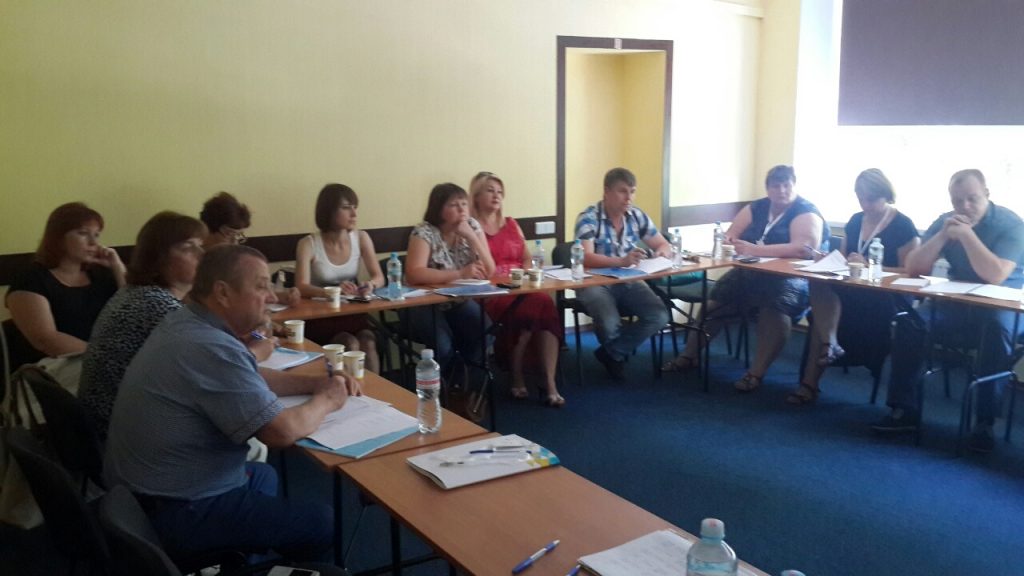 Mykolayiv, July 15, 2016.  Mykolayiv hosted training on reforming municipal print media for editors and journalists of Mykolayiv region. Participants learned about the financial and economic state of municipal print media (by 2015 results), the legal framework of administrative-territorial reform, the current state of reforms and the next steps. Editors and journalists considered specific examples and discussed ways of collaboration and a new philosophy of relations between print media and the updated local governments. “The main problem of reforms is that the local governments which are co-founders of print media and editorial offices, hinder the adoption of decisions on reforms,” said Valeriy Horobets, Secretary at the National Union of Journalists of Ukraine on municipal press.

From January 1, 2016 local authorities lost the right not only to act as founders of print media, but also to appoint and dismiss their heads. “So we are inexorably moving in different directions, our destiny is not common any longer,” stressed Valeriy Horobets.

Participants discussed the risks and benefits for the print media after the consolidation of communities and territories. According to Valeriy Horobets, consolidation of territories will be a huge challenge for printed local press and “will examine its ability to hold out on its traditional media area, the ability to retain the audience, readers, and subscribers.” The expert noted that the process of withdrawal of many newspapers, especially the weak and with small circulation, from the market is irreversible. So now is the time for editors to make a strong, high-quality product that people really need. The way out of this situation, according to Mr. Horobets, is to create the so-called clusters that will lead to cheaper production of newspapers and building a common advertising space. “Yes, this means loss of staff, partial loss of “sovereignty” but we have no other choice,” underlined Valeriy Horobets.

The training was the seventh event of the joint Ukrainian-Polish project aimed at strengthening the potential of local print media in Mykolayiv region. In Ukraine, the project is implemented by Ukraine Crisis Media Center (Kyiv) through regional coordinator in Mykolayiv. In Poland, the project is carried out by the East European Democratic Center (Warsaw).